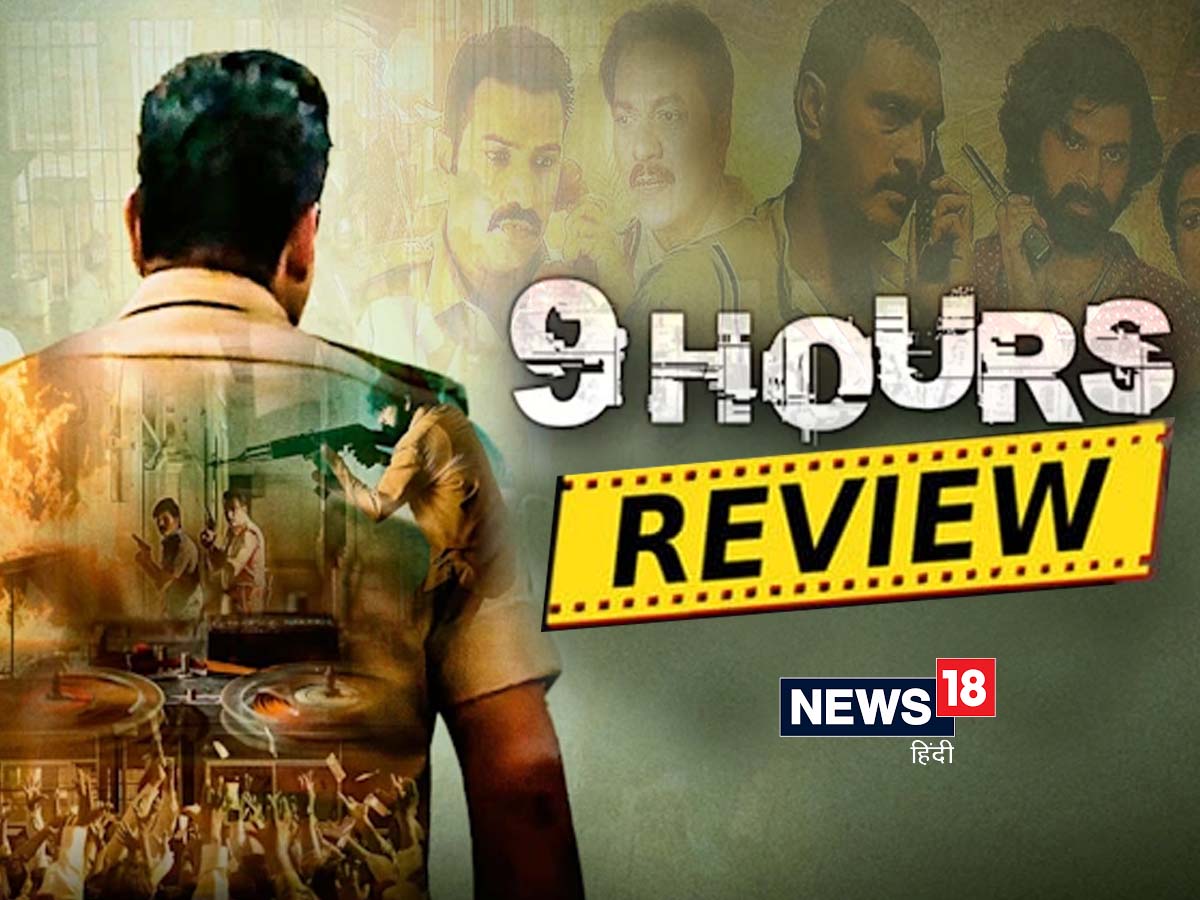 Many bank robberies have been done in India. In small towns and villages, the security system of the bank is not so strong that the robbery done with good planning cannot be carried out. However, most of the viewers have seen the Spanish web series ‘Money Heist’ on Bank Robbery and hence it is no longer possible to make a web series to compete with it. Despite this, a new web series ‘9 Hours’ has been released on Disney + Hotstar which is originally made in Telugu language but is also available with Hindi dub. In this web series, the story of bank robberies that took place in 1985 on three different branches of the same bank simultaneously and at one time is very interesting in some parts and in some parts it deviates from the original story. To say it can be compared to Money Heist but this web series is not fully mature and many such elements of Telugu cinema have been kept in it which now disappoint the audience. The background music of the web series is strong. The web series has become worth watching, just viewers should not consider 9 hours as money heist.

Telugu writer Malladi Venkata Krishnamurthy is a well-known name in the world of thriller literature. His short stories and novels have been made into films or have been the basis of the story of some films. He has a novel “Tomidi Gantalu” which means 9 hours, this web series 9 hours has been made on him. The novel has been scripted by Radha Krishna Jaglarmudi (Krrish) who directed the Kangana Ranaut starrer “Manikarnika”. The special thing about Krish’s writing is that he specializes in creating characters. Each character in this web series is important in itself and even though the role is small, but coming up to the climax, it seems very important to have them in the web series. In writing such a huge web series, Kris has missed two places – one is to spend too much time in the backstory of almost every character and second is the story set in 1985 in this story based on old Telugu cinema with extravagant dialogue and small incidents. to divert If there were no good actors in this web series and there were no experienced and creative editors like Dharmendra Kakrala, then it would have been difficult to watch this web series.

The story is very simple. A jailer who loves to race on the race course gets a loan of lakhs from a big goon. To get him off, he takes the help of a prisoner who is a master in bank robbery. Three inmates of the jail are sent out of the jail by hiding them in garbage boxes. Each prisoner has to rob a separate bank so that three banks can be robbed simultaneously. Two banks are easily robbed but in the third bank things go wrong and the dacoits take the bank’s employees and customers hostage. The real story starts after this in which various tactics are adopted by the dacoits to save themselves and different types of efforts are made by the police to solve the case and catch the dacoits. To see who wins in the end, you will have to watch 9 episodes in full. You must have understood from the name that 9 hours i.e. 9 episodes, the only good thing is that the episodes are not of one hour.

The casting has been done very well. Jr NTR’s cousin Tarak Ratna, as a Khadoos police officer, has kept this wobbly script in full swing with his stellar performance. Madhu Shalini, as his ex-wife and a flamboyant press reporter, seems to quell the heat of Taarak’s rugged and grumpy character. As the bank’s newest employee, Preeti Asrani has made full use of her innocent face. His and Ankit Koya’s chemistry looks good in the web series. Some well-known faces of Telugu films are also playing important characters in this web series. Apart from Monica Reddy, we have seen actors like Vinod Kumar, Jwala Koti and Ravi Varma in the best character of Suguna. Ajay has got the most important and best character of the web series, who is the mastermind of the entire bank robbery. He has got amazing acting opportunity and he has used it in the best way. Ajay has recently been seen in films like Pushpa, RRR, and Acharya.

Each major character has been given a back story in 9 Hours. Some characters have appeared in only one or two episodes but their small role in the story has also been essential. Due to this formula, some extravagant characters also got importance, which weakened the story of Bank Robbery. The robbers were also deviating from their original purpose, due to which the violence does not seem right. There is a character in the series Girija whose husband has died recently, but her husband’s friend, who works in the bank, keeps cording on her in the office and once tries to rape her but this is not the case. Has not been used properly. The dacoit ends the police’s attempt to enter by cutting the window grilles with just one shot as the finger of the grill cutter becomes the target of the bullet. This scene has also been left unfinished. Different people from all the STD PCOs near the bank keep calling the goons trapped inside the bank or the creator of this scheme. There is a robbery in the bank and the police have surrounded the whole area, the reporters and the public are also gathered, but the callers call very easily and the phone shop does not even understand anything. These mistakes in the script cannot be forgiven. Despite all this, the web series is tied. In every episode, the actors and characters drag you towards the screen. The episodes are not of one hour but as long as they go on, you can’t do anything else. From the 5th episode to the 7th, the story gets a bit jumbled but then towards the end the speed returns and all the tracks start getting resolved one by one.

‘9 Hours’ is a web series that binds the web series. By ignoring the mistakes of the script, if the audience does not become Sherlock Holmes himself, then this web series can bring you fun. Perfect for a binge watch on the weekend. We have not made very good films on bank robbery, that’s why 9 hours should be seen. Since there is no image of Telugu actors in the minds of Hindi audiences, a surprise can be expected from each character, which will also come true.