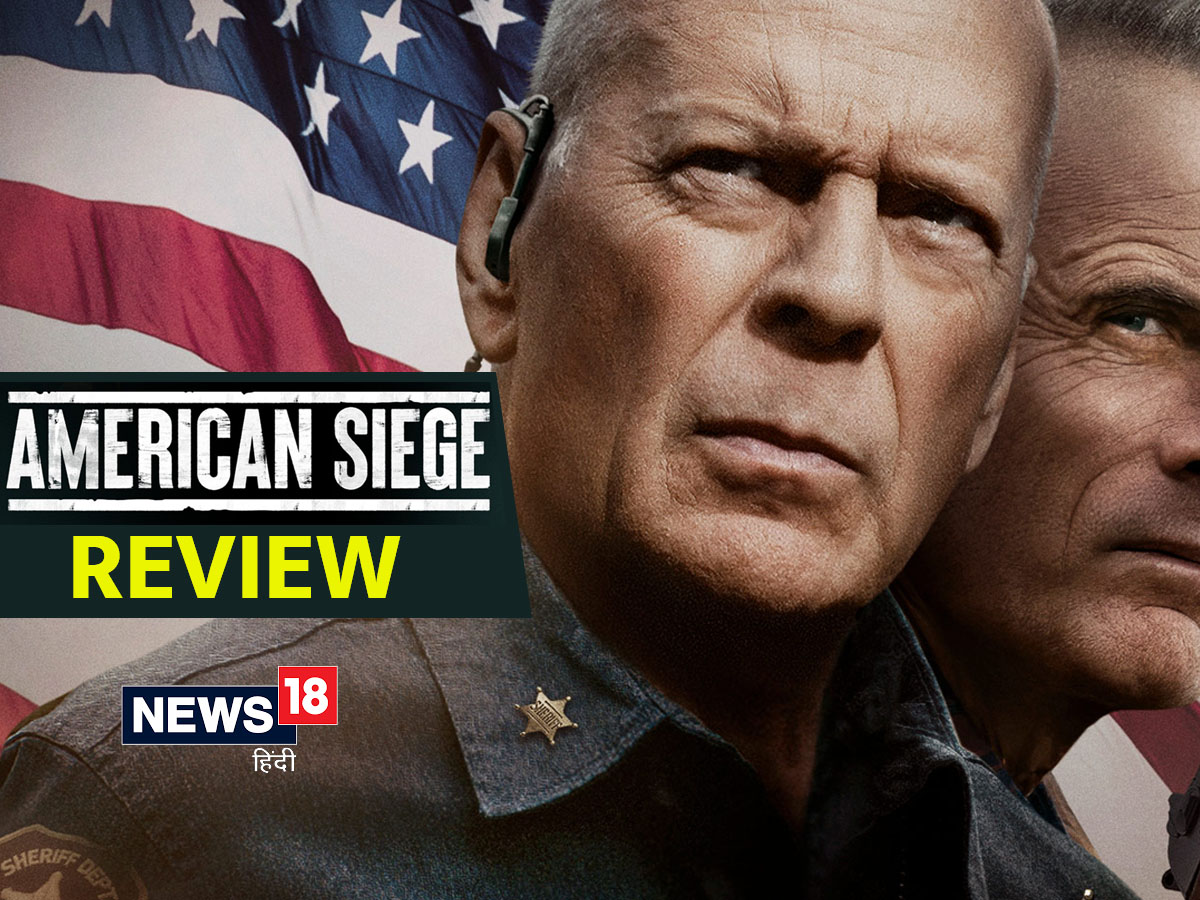 Some actors who played the role of a policeman in Hindi films have become immortal. Jagdish Raj played the role of a cop in at least 300 films in his life. Similarly, character actor Iftikhar has also played the role of a police officer in more than 40 films. Hollywood’s main actor Bruce Willis is also doing amazing in this matter. In his career, he has appeared as a police officer in films close to one and a half dozen times, in most he was a hero. His latest film, ‘American Siege’, which was released on Lionsgate Play, once again made him a police officer, although his role is as weak as in this film. This film once again proves that without logic, films are made and released in America too. American Seas is built on a grossly crude script, with the audience making the mistake of fooling them.

In hostage drama films, the audience has to sympathize with the person who is being held hostage or else, there is no emotional attachment to the film. This is the biggest weakness in the American Sea. Roy Labert (Rob Gogg), a minor on parole from prison, and his two accomplices, Grace Baker (Anna Hindman) and Toby Cavendish (Johann Arb), break into a house, kill the guards and kill John (Cullen Chambers) who lives there. take hostage. The reason is to know the reason behind the disappearance of Brigitte Baker, sister of Grace Baker who went missing 10 years ago. Corrupt cop Ben Watts (Bruce Willis) and his accomplice Kyle Routledge (Trevor Gretzky) try to solve the case. Inside the house it is learned that Charles Routledge (Timothy Murphy), the richest man in the town, had Brigitte murdered. Actually Brigitte used to make drugs and Charles wanted to sell it, but the greed for money became the reason for Brigitte’s murder. Charles reaches that house with his goons. A shootout ensues, Charles’ son Kyle is killed. Bruce and another of his accomplices, Marissa, rebel against Charles and kill his henchmen. Roy and Grace get a chance to escape and the film ends.

The number of script mistakes is less than the bullets fired in the film, that’s all. Bruce Willis is battling a serious mental illness in real life. Its influence is clearly visible on his acting. The same expression has been maintained throughout the film, even when he gets angry and is shooting with a gun, there is no difference in his facial expressions. This can be called the worst role of his career. Seeing the acting of Rob Gogh, one gets angry because he did not consider it necessary to do justice to a good role. Anna Hindman needs to learn acting. To find and avenge the sister who went missing 10 years ago, there should be a feeling of revenge in the heart and mind, it is not visible on their face. Barring one Timothy Murphy and Cullen Chambers, there is not a single actor in the entire film who can be said to have acted amazingly.

Corey Large and Edward Drake have written the story and screenplay of the film. No attempt has been made to find logic in anything. A huge drug factory has been built under the house. No one in the whole town gets any news for 10 years. A girl who disappears 10 years ago and her sister is not found even after a lot of searching, even the policemen are not able to find her but her sister is waiting when her sister’s boyfriend comes out of jail. Look for him. A door has been made in the house above the drug store, which leads directly to the factory and the workers inside do not care who is coming or going. The FBI team is reaching there by their vehicles but they do not hear the sound of gunshots. Bruce Willis is a corrupt cop, but after being abused, his faith awakens and he starts shooting the goons but is unable to save his partner from being a victim of gunfire. A drug dealer gets his son killed at the hands of his own goon and there is no wrinkle on his face. In what world are people so stone hearted?

There was not a single element in the film that could be appreciated. Neither story is good. Neither script is good. Neither is the acting good. Neither the cinematography nor the editing nor the music is good. The entire film has just been made. Director Edward Drake’s favorite actor is Bruce Willis and he makes films about him. American Seas is the third film of the two together and another film Gasoline Alley has also been released. Till now not a single film has been made which can be discussed. There is nothing like seeing in the American Seas. You can avoid sitting hostage in front of the screen.