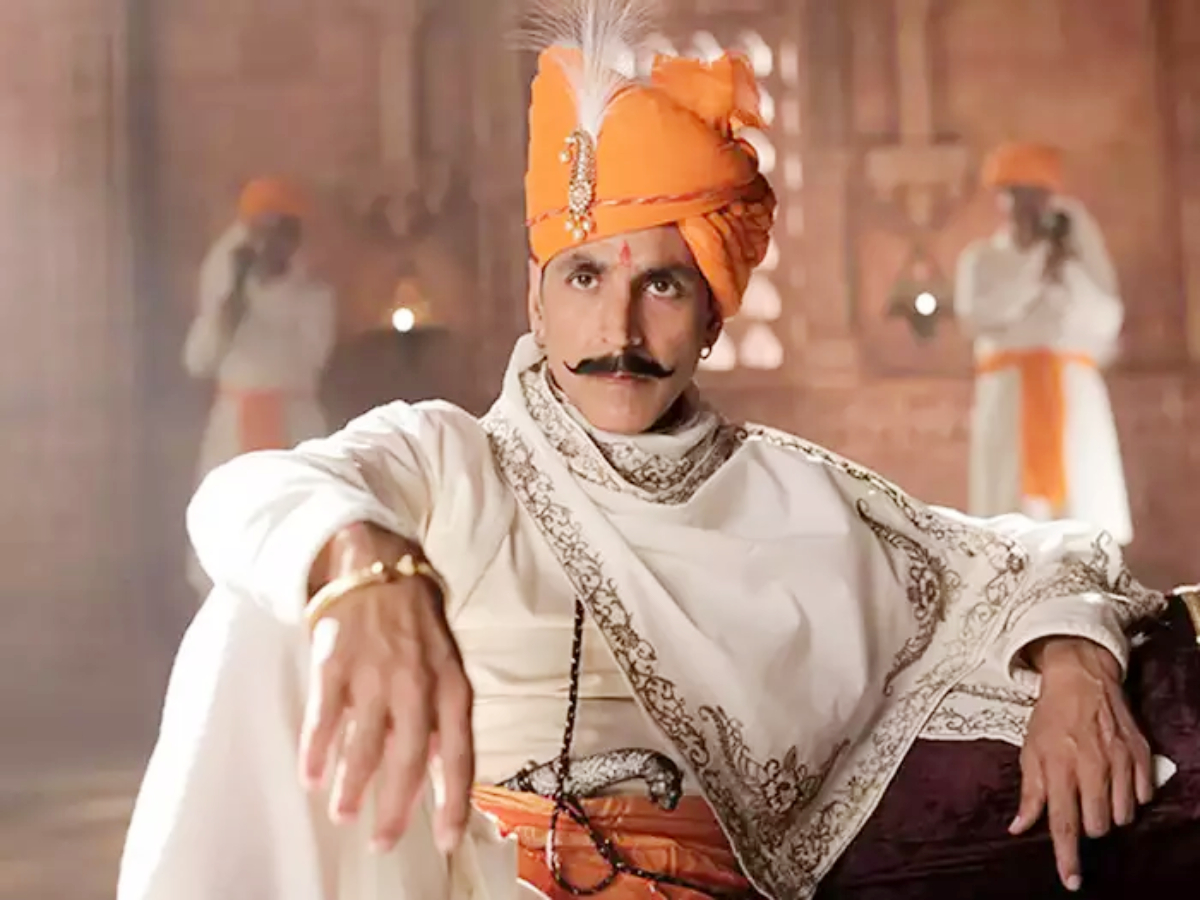 Dr. Chandraprakash Dwivedi While going to see Akshay Kumar’s film ‘Samrat Prithviraj’ directed by Akshay Kumar, I thought that I would watch this film without any prejudice, although what I have read in history and the controversy that has arisen is completely ignored. Difficult to do. Due to its canvas and subject matter, the film is considered to be Bollywood’s answer to the growing interference of South Indian films in the Hindi sphere.

Perhaps this is the reason why this film has been released in Telugu and Tamil apart from Hindi. We all have heard the story of Prithviraj Chauhan since childhood and it has all the spices to make a film. The story has a superhero, a quirky love story and is accompanied by friendship, valor, jealousy, deceit and great war. In this film, Padma Shri awarded director Chandraprakash Dwivedi has made full use of all these spices.

Story of the film – Mughal invader vs Hindu pride
Prithviraj is considered by many historians as the last Hindu king and it is said that after the defeat and death of Chauhan, Islamic rule started in India. There are different claims on this too. Actually, many things, facts and myths have been mixed with each other about Prithviraj and there are many claims due to public opinion. The film is based on “Prithviraj Raso”, so the script is also written as a fight between a Muslim invader and a Hindu religion flag bearer. The episodes of the epic “Prithviraj Raso” have also been shown with the same grandeur. Especially the manner in which the battle of Tarain and the way in which the scenes of Mohammad Ghori Verges Prithviraj were composed is splendid. The background music and the accompanying slogans of Har Har Mahadev and Jai Bhavani take the emotions to the highest level of enthusiasm.

what is good
The real hero of the film is Dr. Chandraprakash Dwivedi and his brilliant direction. From the beginning of the film when the credits roll to the end of the film, Dr. Chandraprakash Dwivedi has left his mark. Dr. Dwivedi, as a director, has kept a hold on all the crafts associated with a film, whether it is cinematography, or background score, set, screenplay or dialogue. Whether it is Prithviraj’s rhetorical performance or the capture of Gauri or the release of women on equal footing, the scenes are all gorgeous. The style and values ​​of Hindu kings have been depicted well. You must have seen a lot of evil of Akshay Kumar on social media that his selection for Prithviraj Chauhan is not right. Akshay leaves an impact with his gait and gesture, as well as he is very much in the battle scenes but his voice does not fit the character of this superhero. Still Akshay Kumar is looking good. He has been successful in engraving the status of a king and the skill of a warrior on the screen. Apart from this, Ashutosh Rana, Sanjay Dutt, Sonu Sood and Manushi Chillar have also managed to leave a mark in some scenes. Yash Raj’s impression is clearly visible in this film made under the Yash Raj banner. Full marks can be given to the film for its artistry and grandeur.

what is bad
The music of the film is very bad and hence every time the songs come, it seems very unnecessary. The song of Johar’s Waqt in the last is one of the worst aspects of the film. The film could have reached a very high level by making this scene very sentimental with a lot of sensitivity, but the song “Warrior” made this whole episode moving. Apart from this, the use of Urdu in the dialogues of the film does not go along with the line length of the film, but it does. Another big problem of the film is that where the scene in which the film is weak, it spoils all the hard work behind it. Due to the OTP era and the successful intervention of the South, the expectations of the Hindi audience are no longer easily fulfilled. You will find it strange to hear but the dose of patriotism in the film is not as much as you were expecting. The director made a strategy of “Controlled Aggression” in the film Narration, which can also prove to be harmful.

There is a dialogue in the film that four Hindustani go together only when the fifth one is on their shoulders. This is nothing new. We all have heard similar things somewhere or the other. “Emperor Prithviraj” is also like this. We have heard tales and stories related to it but it is an interesting experience to see it on the big screen with grandeur.