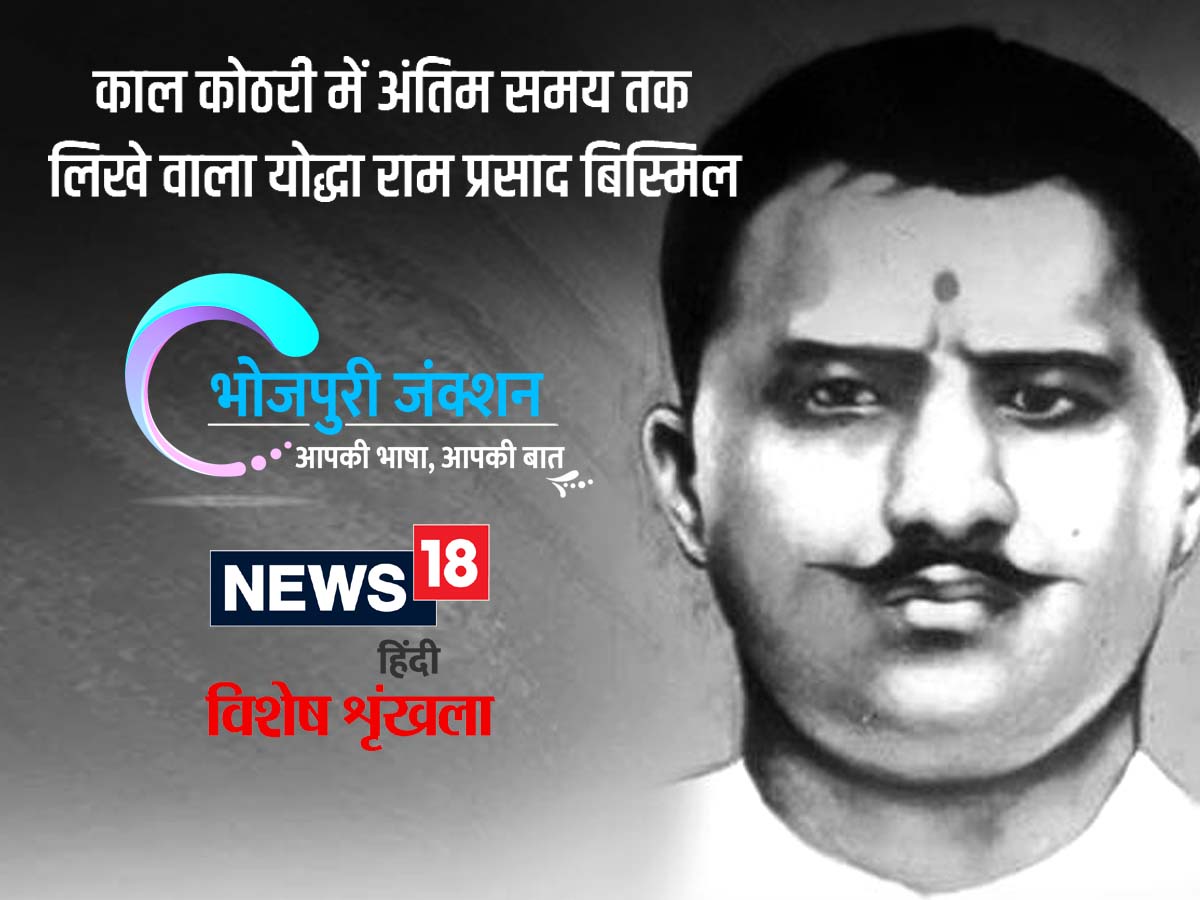 The purpose of plundering the treasury was to fulfill the need of buying arms for the sake of the revolutionary movement. In this conspiracy case – except Chandrashekhar Azad and Murari Sharma, everyone else was arrested. Ramprasad Bismil, Ashfaq Ulla Khan, Rajendra Lahiri and Thakur Roshan Singh were sentenced to death. After 1857, according to Ramprasad Bismil himself, for the country’s independence, he was martyred first.

In the Mainpuri Conspiracy Case (1918-19) of Akra, United Provinces, Ramprasad Bismil ji lived a long absconding life. The revolutionary organization of Gendalal Dixit ji was named “Shivaji Samiti”. Dixit ji was very active in the work of armed revolution for the country’s independence with the help of teachers in Ego School. Reaching school late one day – then the job was lost. Gujral spent his whole life in the promotion of the revolutionary movement. Dixit ji oh time to join the entire gang of Chambal’s famous dacoit Lakshmanand Brahmachari – so that money can be raised for the revolutionary movement of plundering Pittuan, the broker of the British. Maral Gaylan, eight teenage revolutionaries of the celibate, in the forest of Bhind on January 31, 1918. After the amnesty in this case, Ramprasad Bismil ji came out of Ferrari life. Around 1924, the mobilization of the Puranka revolutionaries of India took place. The major revolutionaries in this movement are Shachindranath Sanyal, Yogeshchandra Chatterjee and Ramprasad Bismil. The formation of “Hindustan Republic Army” of all three peoples. Later in this organization- Bhagat Singh, Shiv Varma, Sukhdev and Chandrashekhar Azad jison included revolutionary leaders.

Along with a revolutionary, Ramprasad Bismil and Ashfaq Ulla are also a great poet and writer. Till now eleven compositions written by Ramprasad Bismil ji have been published. When the truth of self-realization came down to paper from the tip of a revolutionary’s pencil-pen – then the echo of the voice could be heard for a long time and clearly for centuries. Yes! Till three days before Ram Prasad Bismil was hanged in Gorakhpur Jail, he wrote – ‘The life of his life (eleventh year revolutionary life)’ is a document – after the reading of the youth, every sacrifice, every kind of dedication and sacrifice for the sake of the country’s freedom. Let’s see today’s example. On 19 December 1927, three people accused of Kakori incident were hanged. Okra was hanged three days ago on 16th December in Gonda Jail of Rajendra Prasad Lahiri, a student of Banaras Hindu University. Out of fear that there may be rebellion for the sake of freeing Rajendra Prasad Lahiri from jail. Saw the example of Rajendra Lahiri’s lofty courage that when he got up in the morning for the sake of the hanging of K. Come on Before Ashfaq Ullah was hanged, he tried hard to become a government witness. The rest of the people’s efforts did not succeed. Ashfaq Ullah said – I am a Muslim. If he apologizes and becomes a government witness, then the whole community will be infamous. When the lawyer asked what is your last wish? Ashfaqullah’s reply Rahal- I wish that you come and see how I climb the gallows.

The friendship of Ramprasad Bismil and Ashfaq Ulla was also unmatched. In the initial phase, there was a fierce Arya Samaji and the other a Muslim. Ramprasad Bismil ji himself while narrating in his ‘Atma Katha’ of Eh friendship, said – Mostly you and I ate food in the same plate. This thought also kept going in my heart that there is any difference between Hindu and Muslim. You also got colored in the color of my thoughts. You also became a staunch revolutionary. The court considered you my lieutenant. While writing the verdict, the judge wore a jaymal (hanging noose) around your neck.
Ashfaq Ullah’s e Sher Kaabilegaur Ba, wishing for the golden future of India-
Will come out on the day when your garden will be there.
Fairs will be held every year at the tombs of the martyrs.
This will be the rest of the traces of those who die on their homeland.

Ramprasad Bismil struggled with tension in a cramped room of eight by eight in Gorakhpur jail – three days before the execution, wrote the original copy of the autobiography with a pencil – sent to Dashrath Prasad Dwivedi, editor of ‘Swadesh’ newspaper, through Kanpur resident Munishwar Awasthi. Rahal sent from Kanpur to Gorakhpur only for the sake of revolutionary party Munishwar Awasthi. Later research revealed that the original copy of Munishwar Awasthi ji’s autobiography should be handed over to Ganesh Shankar Vidyarthi. The entire autobiography should not be published during the lifetime of the student. In 1939, when Bhail was first published in the month of March, it was confiscated by the then-published government. During the lifetime of the student, some parts of the autobiography were definitely published under the name ‘Shaheed of Kakori’. Oh time too the government seized the ‘autobiography’ of Bismil ji. Then the publication was also banned. Ramprasad Bismil ji himself said about this autobiography – “It has been well received in this cell that I should write my last words and offer them to the countrymen. It is possible that some soul may benefit from the study of my life, this opportunity has been obtained with great difficulty.
In the beginning of this autobiography, Ramprasad Bismil ji, expressing his sentiments with this lion, said-
What a shame that it always comes from the veins.
Don’t take your breath till your life is in ‘Bismil’.
And last eh last Sher Rahal of ‘Atma Katha’-
“Marte ‘Bismil’ ‘Roshan’ ‘Lhari’ Ashfaq from atrocities
Hundreds will be born from the torrent of their blood.
Today, when the country celebrates the seventy-fifth year of independence – on this occasion on June 11, 1897, Janmal Pandit Ramprasad Bismil ji must have remembered Gungunail-e-Tarana on the gallows.
May the master be your king and you should be you,
The rest neither I should stay, nor my love should remain.
As long as there is life in the body, there is blood in the veins
Only your mention or yours should be just.
Ramprasad Bismil humming Ihe Tarana was martyred for the country after spending the life of a revolutionary for only thirty years, six months, eight days. Hundreds of salutes to the great son of revolution, Pandit Ramprasad Bismil on the nectar festival of freedom.

(Mohan Singh is a freelance journalist, views written in the article are his personal.)