The original source of fenugreek cultivation is South Eastern Europe and West Asia.

Fenugreek rich in medicinal properties is used as a spice.

By eating fenugreek, along with controlling sugar, cholesterol is also reduced.

Fenugreek (grain) is an essential spice in the kitchen of Indians. They not only add flavor to veg and non-veg dishes, but also lighten the harmful substances present in them. These have some incredible properties that provide relief in many ailments. It is also a medicine, but due to these properties it has been included in the spices. They are being used for thousands of years. In Ayurveda, many medicines are also made from fenugreek seeds.

If the grain is also beneficial, then the greens of fenugreek are also

We have been continuously giving you information that since ancient times, the sages and Ayurveda teachers of India have included some herbs (medicines) in spices, because their taste not only adds juice to the food, as well as It also keeps the body healthy. Fenugreek (grain) is also included in this category. The special thing is that in India like mustard greens, in the same way, potato-fenugreek (vegetable) is also eaten a lot in many states. That is, if the greens of fenugreek are also effective, then the grains are also very useful. The greens of fenugreek are eaten only for a month or two in the summer season, but now after drying it and making kasoori fenugreek, flavor is added to the food throughout the year.

Kasoori fenugreek, which enhances the taste of our food, is also very beneficial in terms of health.

Its seeds are being used for thousands of years

Fenugreek seeds are also used in the kitchen and Ayurveda throughout the year in India. In India, apart from the use of fenugreek in food for thousands of years, confection is being made by mixing powder and various components, which is beneficial to prevent various diseases. In fact, fenugreek is a worldwide spice, which is being used differently in different countries for years. Fenugreek fenugreek oil is also one of them. It is said that the properties of fenugreek have been described in the Ebers Papyrus (one of the oldest Egyptian medicinal documents) in 1500 BC. So in the Ayurvedic text ‘Charakasamhita’ written in the seventh-eighth century BC, it has been called ‘Kunchika’ and information has been given that the consumption of fenugreek is interesting, it not only awakens the appetite, as well as protects against vata and kapha diseases. and destroys the odour. The special thing is that in India, fenugreek seeds are being used a lot in household remedies for health for years.

South Eastern Europe and West Asia are the centers of origin 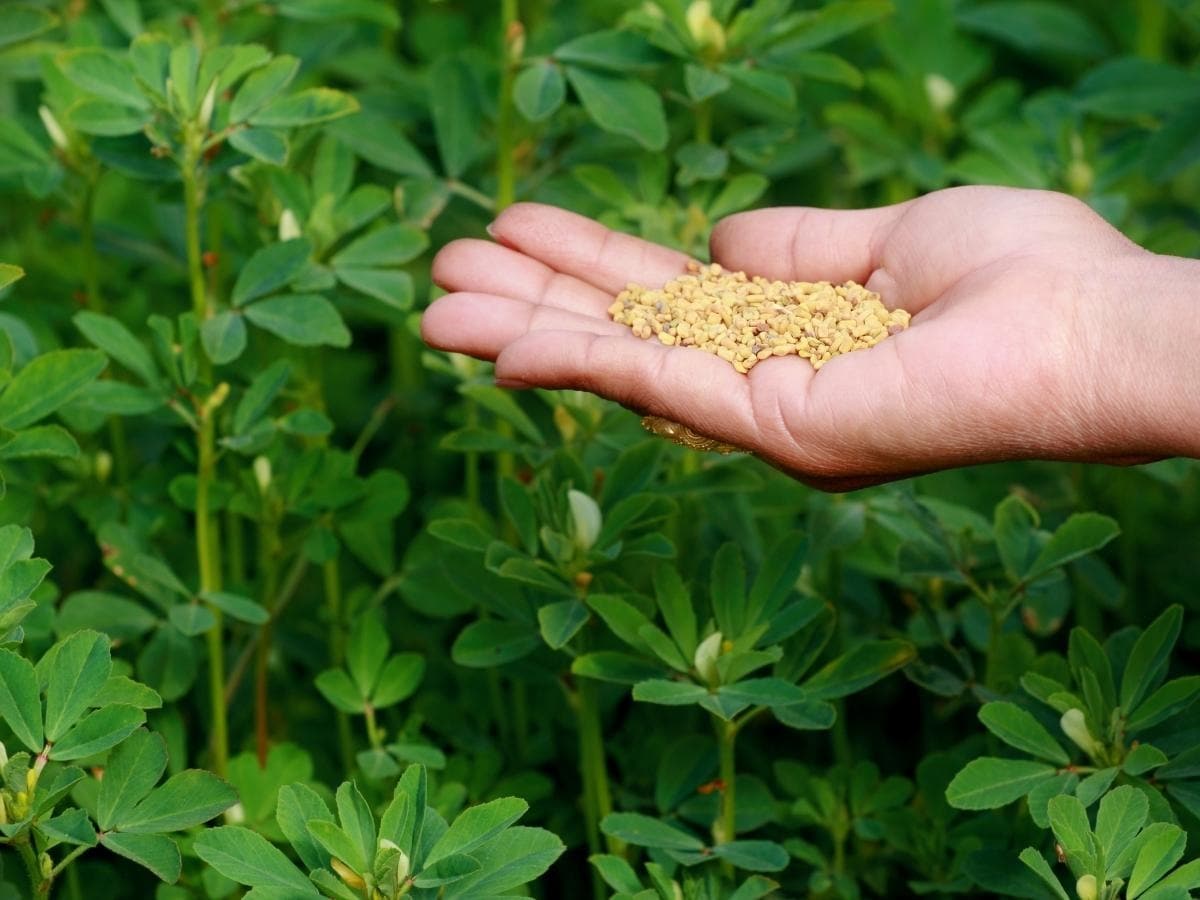 In India, fenugreek is being grown on a large scale in Rajasthan, Gujarat, Madhya Pradesh, Uttar Pradesh, Maharashtra and Punjab.

Talking about the current scenario, the largest cultivation of fenugreek in the world is Argentina, Egypt, Southern France, Morocco and Lebanon, apart from North America, Western and Southern Asia, North-Western regions of Africa, Rajasthan, Gujarat, Madhya Pradesh, India, It is being grown on a large scale in Uttar Pradesh, Maharashtra and Punjab.

Also read: Gourd included in food for 10,000 years has a very interesting history

Talking about the modern context, according to senior botanist and author Bishwajit Chaudhary, there are some incredible elements in fenugreek, including fiber, calories, magnesium, phosphorus, copper, calcium, oxide, nitric and other acids, potassium, sulfur, vitamin A, vitamin C and other different types of elements are included. These elements make fenugreek special. Research suggests that due to these elements, fenugreek is antidiabetic, antioxidant, antibacterial, anorexia (anti-dietary disorder) and anticarcinogenic (cancer prevention) for the body. According to Dr. Veena Sharma, head of the Ayurveda Department of the University of Haryana, fenugreek protects the body from the diseases that cause the most damage, including sugar, dysentery, dyspepsia, liver-related diseases and jaundice, rickets, arthritis, inflammation, Includes dizziness etc. That is why in Ayurveda it has been described as extraordinary.

Also read: Arbi, which is beneficial for heart, digestion, has thousands of years old history

Fenugreek is a panacea in controlling sugar

Grains can be used in many ways to keep the body healthy. Drink water on an empty stomach in the morning after putting it in water at night and chew the grains. Many diseases will not come near at all. Apart from this, after sprouting the seeds, put them in the salad, make powder of dry seeds and grind it to make a paste, add it to the vegetable, there are only benefits. Eating fenugreek seeds directly brings benefits, apart from this, curd, honey as well as its paste are used for external benefits of the body, these include hair care, prevention of acne etc. Its use delays the aging process and helps in moisturizing the skin, meaning you look younger for longer. Its water and lacquer fibers accelerate the metabolism, which prevents obesity. Fenugreek seeds are a panacea in controlling blood sugar. It helps to increase insulin sensitivity and action thereby lowering blood sugar. Its seeds also prevent hyper-acidity. Their consumption also keeps cholesterol low. Remember that the effect of fenugreek is considered hot, so use it in a balanced way or else it will cause nausea and stomach upset and it is possible that the blood sugar will also decrease.