The decoction of the sticks of Giloy vine, the juice of the leaves are beneficial.

Giloy is called ‘Amrit Bel’ because of its properties.

Giloy has an amazing ability to reduce the sugar in the blood of the body.

Giloy is now a well-known name for the people of India. It is an ancient herb of the country which is extremely beneficial for rejuvenation, boosting the body’s immunity and diseases like rheumatism apart from eliminating body toxins. When a severe outbreak of dengue spreads in India, the prevalence of its decoction increases tremendously. Discussions of its characteristics were common even during the outbreak of Kovid. After all, why not, it is called Amrit Bel. The Ministry of AYUSH of the country is engaged in efforts to make it a national medicine.

Giloy is praised in the ancient Ayurvedic texts of India. It has been called ‘Rasayana’, which means the technique of prolonging life and making the body energized. It is a large non-drying vine and does not require sunlight to grow. Its thin stem looks like a rope. Apart from Ayurveda, it is also called Amrita, Amritvalli, Amrutalata, Amrit Bel, Amrutu in some other languages ​​of the country. It bears clusters of yellow and green flowers and its leaves are soft and betel shaped.

Giloy climbed on a neem tree is considered the best.

The tree on which it climbs, some qualities of that tree also come in it. That is why Giloy climbed on the neem tree is considered the best. You will see that in ‘Sankatkal’ people will be seen looking for neem-clad Giloy.

Also read: Peach Fossils Found In Stones Of China! Read some myths, interesting history and benefits related to this fruit

Its relation is associated with the nectar of the gods

Giloy is a herb of India and it is also found in countries like Sri Lanka, Bangladesh, Myanmar etc. This vine has a great coin regarding Ayurvedic medicine, but it is rarely seen anywhere in western countries or discussions about its properties are common. Since this is a nectar vine, there are different types of myths regarding its origin. It is described in the Puranas that when the nectar came out during the churning of the ocean between the gods and the demons, and wherever the drops of nectar were spilled in the race to get it, the nectar bell (Giloy) originated there. Another belief is that during the Lanka war, Lord Rama prayed to Indradev that all the animals that were killed during this war like monkeys, bears, etc.
Make it alive Indradev rained nectar from heaven on him to revive him. They all became alive and wherever the drops of nectar fell, the nectar bell was born.

There is mention of Giloy in Ayurvedic texts

The decoction of the sticks of Giloy vine, the juice of the leaves are mainly considered beneficial for the body. Ayurvedacharyas of the country, companies associated with Ayurveda use it in many medicines due to its excellent properties, then the Ministry of AYUSH of the country is also on it. Giloy was also included in the decoction to which he had given a salad to drink to increase the immunity of the body during the Corona period. The ministry is also trying to promote it as a national medicine. The miraculous properties found in it not only reduce the temperature of the poison of the body, now it is also being researched that apart from cold and flu, Giloy can also be beneficial in skin infections, arthritis, liver defects. 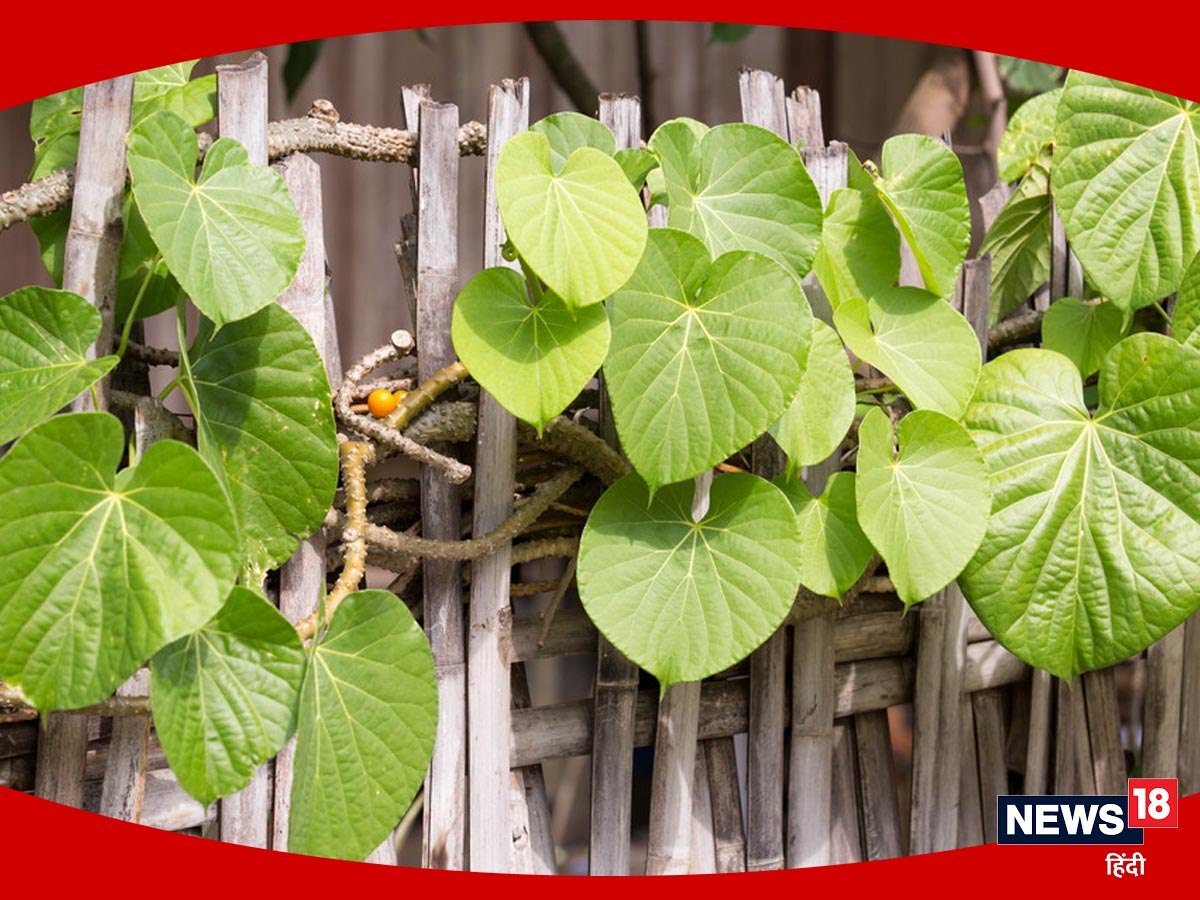 Giloy’s vine increases appetite and destroys the toxins of the body.

In the ‘Shakavarga’ chapter of India’s ancient Ayurvedic text ‘Charakasamhita’, Giloy (Vatsadani) has been described as Vata and Kaphanasak. Apart from this, it has been described in detail in the treatment of many types of diseases. The ‘Nighantu’ texts giving information about medicinal plants around ‘Charakasamhita’ also praise this nectarbel and it is said to reduce pitta-dosha, burning sensation and blood disorders. It has also been informed that this vine increases appetite and destroys the toxins of the body.

Well-known Ayurvedacharya Dr. Veena Sharma says that when its name is associated with nectar, then the characteristics will also be similar to that. Giloy is an effective anti-aging herb. It is rich in flavonoids (antioxidants) which work to keep the body cells healthy. It also has the characteristics of increasing collagen (fibrous protein which is essential for bone, muscle health) to reduce aging. According to Dr. Sharma, the leaves and sticks of Giloy are astringent, bitter and pungent in taste. Vata-pitta and kapha can be cured by its common use. It increases appetite. The special thing is that Giloy not only improves the urinary system, but also keeps the mind cool. 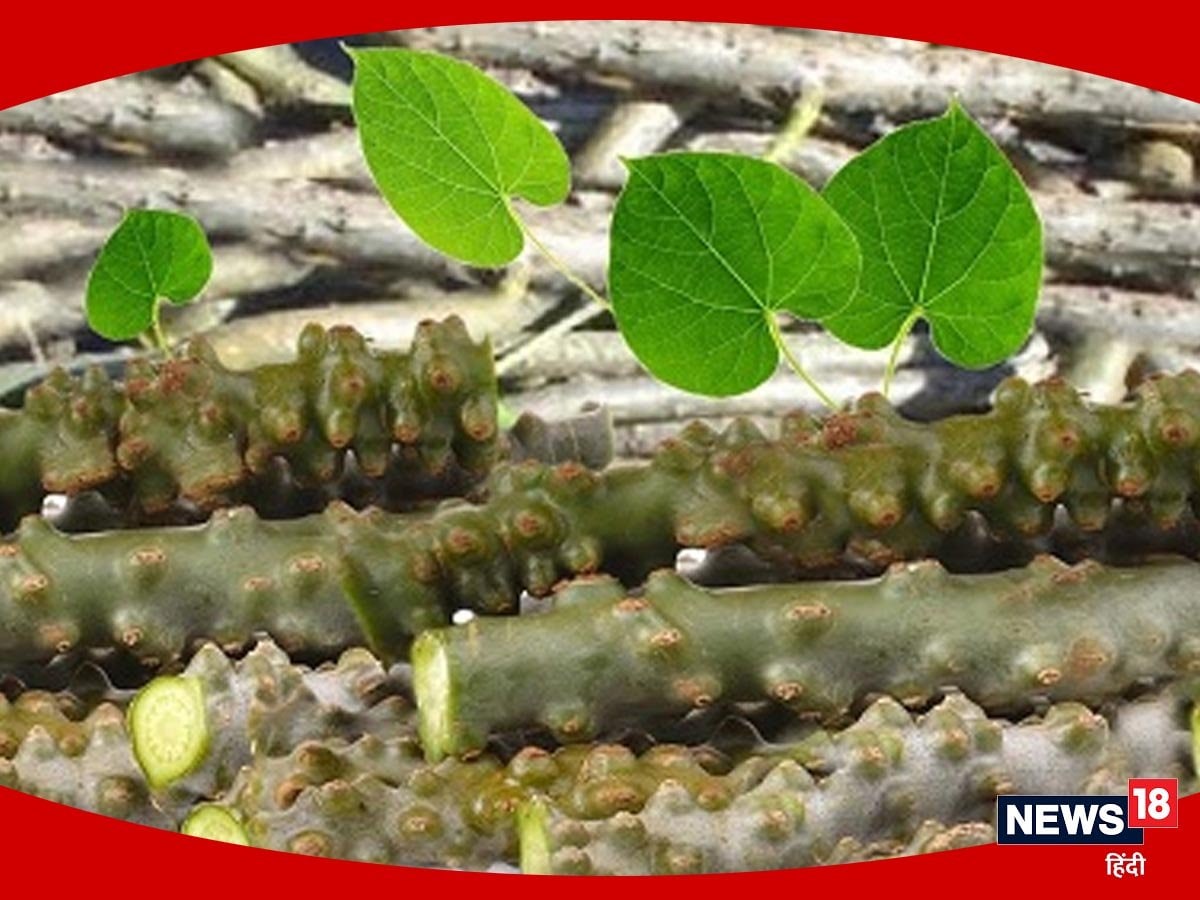 Giloy not only improves the urinary system, but also keeps the mind cool.

One of its miraculous features is that it has an amazing ability to reduce the sugar in the body’s blood. If a person has insulin resistance or hypoglycemia (lack of sugar) in the body and he/she takes any medicine to improve the level of glucose, then he/she should avoid any kind of consumption of this nectar bel. It can lower blood sugar to a dangerous extent, which can cause sudden weakness, fatigue, dizziness and fainting. That is, a person with diabetes will have to stay away from it.
It also has amazing immunity, which keeps on repairing the damaged cells of the body. It also attacks harmful bacteria to stomach worms. Along with this, along with the intestine and urinary system, it also eliminates the microbes that affect the whole body. Keep in mind that the effect of this herb is hot. If it is consumed in excess, then problems like burning and gas in the stomach may have to happen.