In Malaysia, jam and candy are made from kamarkha.

Kamarkha pickle is made in Thailand.

Star Fruits Fun Facts And Benefits: Kamarkha (Star Fruit or Carambola) is a seasonal fruit and does not respond to sourness. This sourness fills vitamin C in it. It is also an antioxidant, which is helpful in keeping the body young by keeping the cells healthy. It is also rich in fiber which is beneficial for the stomach.

There are many other properties of Kamarkha. The history of its spread all over the world is very ‘juicy’. Know, interesting things related to it

In America it was considered an ornamental fruit.

The specialty of Kamarkha is that this fruit, which looks like a five-angled star, is very sour to eat, but when it ends in the mouth, it produces a slight sweetness. If it gets cooked too much then its taste changes to sweet. This sour-sweetness creates different properties in it. This fruit is new to America. When it reached there in the 19th century, it was initially considered as a decorative fruit and was decorated on the dining table. In ancient times, it was also used for medicines. Now it has taken a different form. In India and Southeast Asia, it is added to vegetable curries, pickles, chutneys. Sugar syrup is also made by grinding this fruit.

Also read- Honey rich in nutrients and sweetness immediately increases energy in the body, you will be surprised to know interesting things related to it

This sour fruit also removes rust from brass and copper.

In many countries it has taken a delicious form, where it is baked in pies, pastries, tarts as well as cakes. In Malaysia, kamarkha is cooked with apples, sugar and cloves, after which it is made into jam and candy. In Thailand, it is pickled and mixed with other fruits to make its spicy-spicy chutney. In Jamaica it is dried and used. In countries like China, Korea, Philippines etc. Sea foods like chicken, fish, shrimp etc. are marinated with kamarkha. Its sauce is also made. The special thing is that it is also used to remove rust from brass, copper.

Kamarkha is also used to remove rust from copper.

There is no confusion about the origin of Kamarkha. But it is not known in which period or time it descended on earth. It is only known that kamarkha has been eaten for hundreds of years. The information in the ancient Ayurvedic texts of India is proof of this. Research shows that this fruit was seen simultaneously in many regions, including countries of South East Asia, South Asia including India and China etc. Nowadays its production is also being done in Peru, Colombia, Trinidad, Ecuador, Guyana, Brazil and the United States of America. In fact, it is also being grown in all tropical regions of the world. It is said that Portuguese merchants took this fruit from the Malabar region of South-West India to America. Swedish botanist, physician and zoologist Carolus Linnaeus, in his book Species Plantarum, written in the year 1753, has provided the name and other information of this star-shaped fruit while doing modern classification.

It is also used in Ayurvedic medicines.

Its characteristics have been given in the chapter ‘Falvarga:’ of the Ayurvedic text ‘Charakasamhita’ written in the 7th century BC in India. It has been said that apart from pacifying the sweet, acidic, astringent, heavy, cold, pitta phlegm in the fruit juice of Karmarangam, it also quenches the stench of the mouth. Well-known Ayurvedacharya and yoga guru Shri Balkrishna has said that Kamarkha and its leaves, roots, flowers, seeds are also used for making Ayurveda medicines. Medicines for asthma, heart, dysentery, stomach disease, piles are made from them. The special thing is that in the domestic medicines of China and America, it is used in chronic headache, herpes, infectious diseases and skin inflammation. Its white wine is also made in America itself. 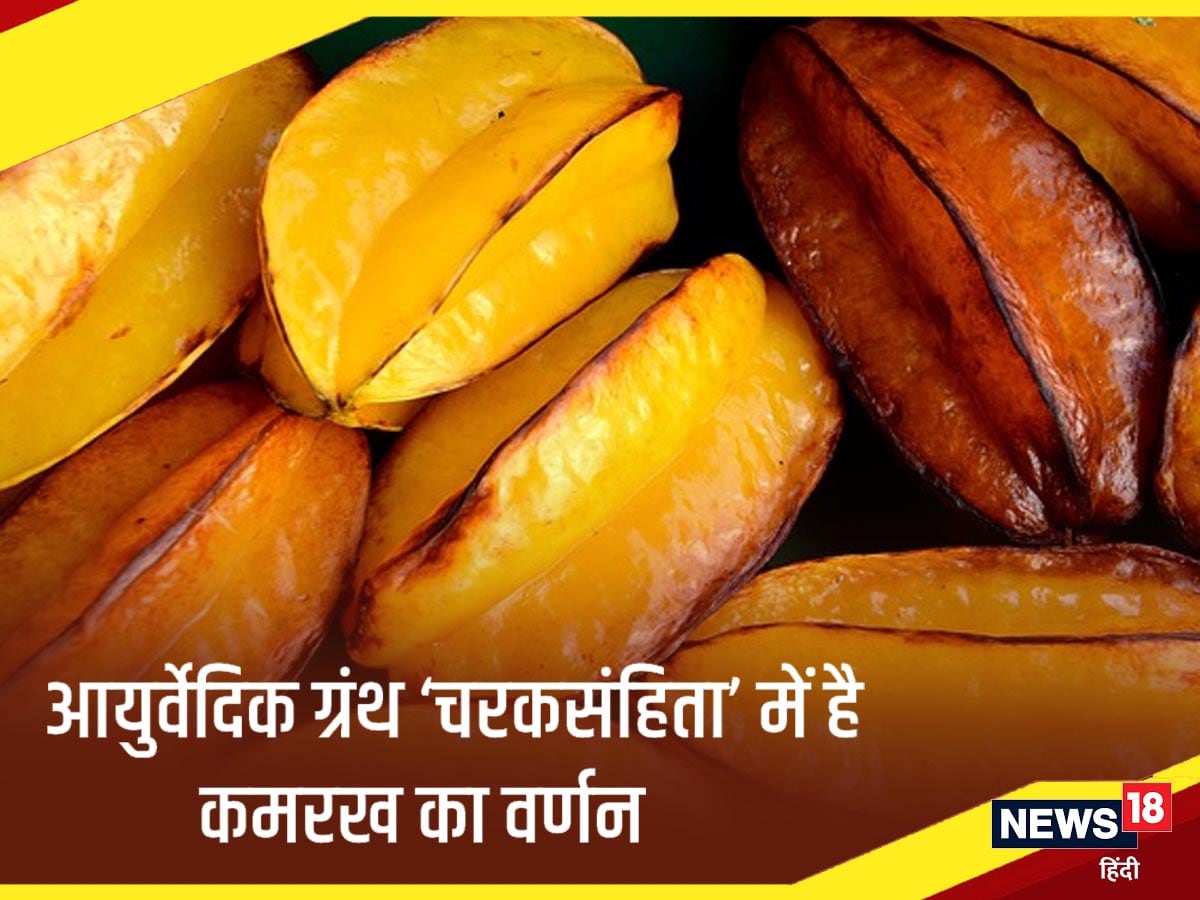 Its characteristics are given in the chapter ‘Falvarga:’ of ‘Charakasamhita’.

Modern science has also said that it is very beneficial.

Modern science says that antioxidant, anti-inflammatory and anti-microbial and folate elements are found in kamarkha. It also contains minerals like vitamin C, A, carotene (beneficial in diseases like skin, nervous system, respiratory system, diabetes and arthritis) and B-complex vitamins potassium, phosphorus, zinc and iron. According to the information of the US Department of Agriculture (USDA), one cup (132 grams) of star fruit contains calories 41, fat 0.4 grams, sodium 2.6 milligrams, carbohydrates 8.9 grams, fiber 3.7 grams, sugar 5.3 grams, protein 1.4 grams. Due to these elements, Kamarkha is considered very beneficial and healthy for the body.

Also read- Guava is a super fruit, its leaves are also beneficial, know the medicinal properties of this ‘exotic fruit’

According to well-known dietician Anita Lamba, the sodium and potassium found in proper amounts in our body act as electrolytes, which helps in maintaining proper blood pressure. This fruit also ensures regular heartbeat and healthy blood flow. The calcium present in it also relieves stress on the blood vessels and arteries of the body, which helps in reducing your risk of heart attack or stroke. The fiber present in it makes the stool flexible, which improves the digestive system and prevents constipation, cramps in the stomach and keeps weight under control. Research is also going on whether special elements found in kamarkha can also protect against cancer. 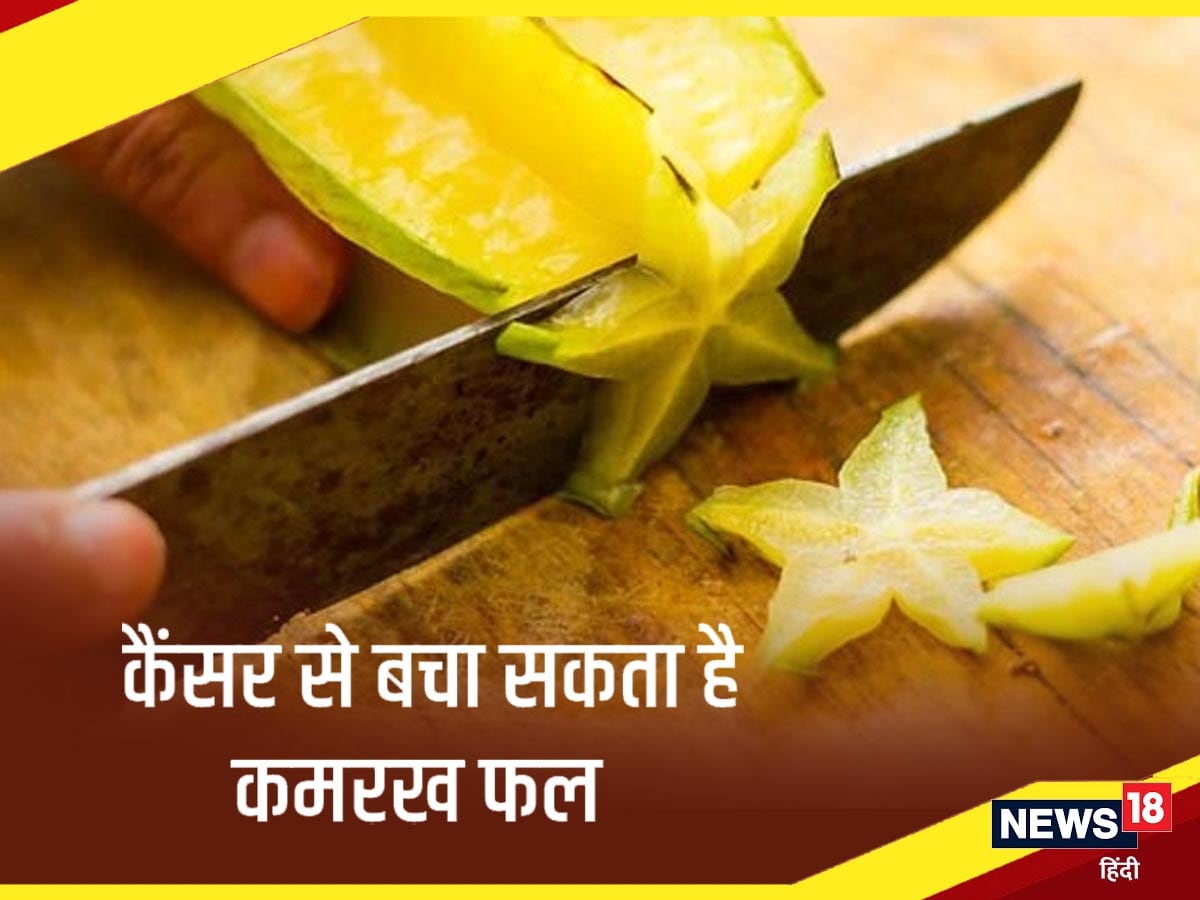 Special elements found in Kamarkha can also protect against cancer.

Kidney patients should avoid the use of Kamarkha

They say that Kamarkha has immunity, due to which the cells of the body remain healthy and the body is protected from inflammation. Its juice cuts mucus and phlegm, which makes it beneficial in respiratory infections. The use of Kamarkha is not harmful for a healthy body, but people suffering from kidney problems should avoid its consumption.

In fact, a toxic element called neurotoxin present in it can cause disorders in the brain and nervous system, but in people with healthy kidneys, this element gets out of the body, but in people associated with kidney disease, it is not able to come out and cause serious illness. could be the reason. Its excessive consumption can also cause hiccups, mental confusion.