In the last one or two days, suddenly it seems that many films of our country have stood in the queue to get Oscar. Somewhere the directors, somewhere the producers and somewhere even the actors have started claiming that they have come in line for the Oscars. The funny thing is that his writing style is such that it seems as if he is on the last rung and has won an Oscar. The reality is far from this. Being involved in the Oscar race and reaching the last rung are two different things.

Let us understand whether any film can qualify for Oscar award.

The essential rules for nomination for Oscar Awards are:

1. The duration of a feature film should be more than 40 minutes to be included in the long list of Oscar Awards.

4. EThe film has been promoted and promoted in the usual manner by means of a theatrical feature film, so that an audience may come to watch it.

5. The film must have been released within the prescribed period for the award. (between 1 January 2022 to 31 December 2022)

OTT films can also be included
However, in addition, if the film is made available through broadcast and cable networks, pay per view/video on demand, DVD distribution, in flight distribution, or direct access to the Internet, after the first day it is also selected for a separate nomination process ie longlist. May go. If a film has been released only in a film festival, it can also be included if the producer encloses an invitation letter in which he has been invited to screen the film at the festival. 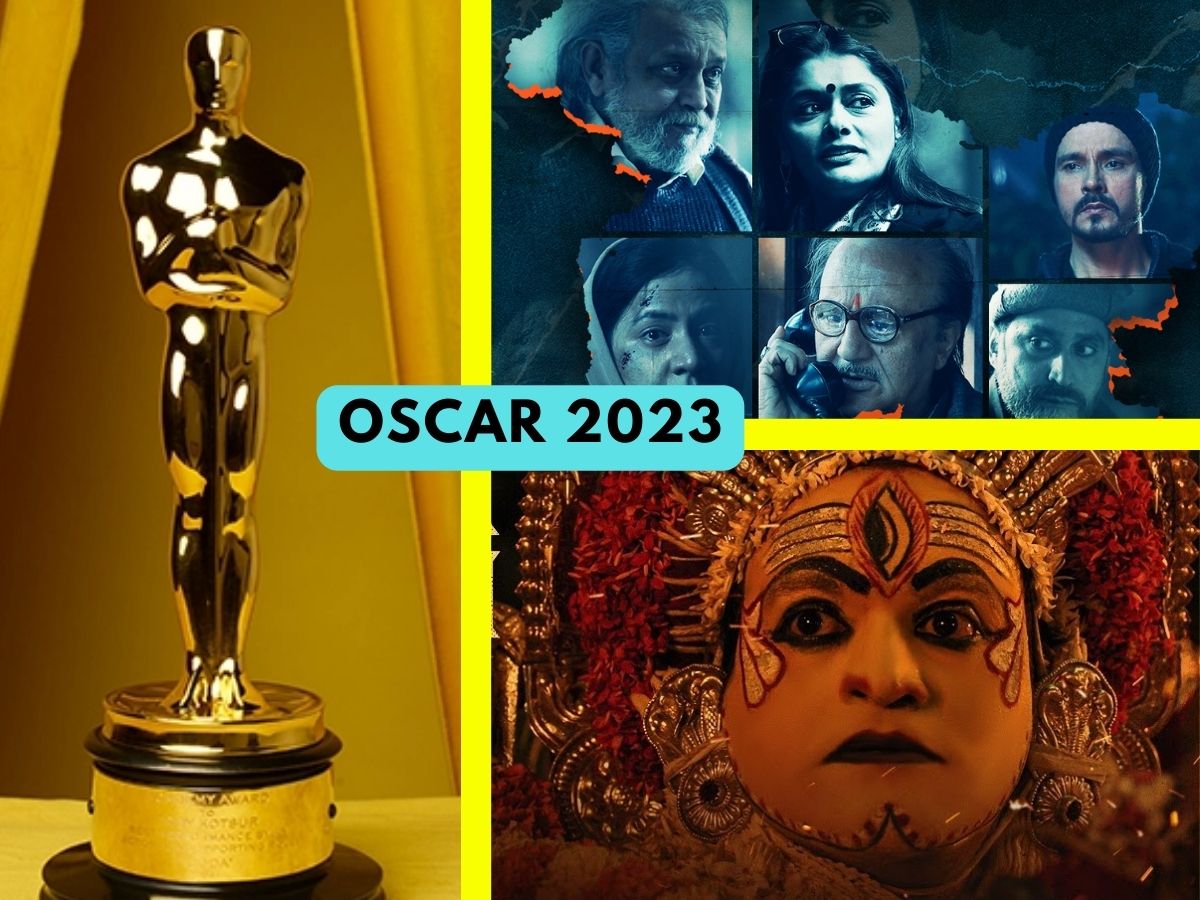 Who is the real claim from India in Oscars, questions are arising.

There are only 5 final entries
The important thing is that only 5 final entries are selected in each category, so this selection process is very difficult and the life members of the academy carry out this selection process through secret ballot. At present there are around 9500 life members who select short listed films from the long list. In the process of long list to short list, it is difficult to decide how many people will vote, that is, it is possible that all the members may not vote. It is even more difficult to ascertain that out of those who have voted for the short list from the long list, how many have actually seen the film.

Every member of the academy has to watch the film
After shortlisting, there is a time of about one month when the filmmaker has to arrange a film screening for the members of the academy. These screenings may have to be organized more than once and it is expected that maximum number of life members should watch this film and get maximum number of votes for it in the last 5 of the short list. This process is very expensive, takes time. Only those Academy members who have seen the film can vote to declare the winner from the shortlisted films.

At least 20% vote is required
After shortlisting, the 5 films selected for the final award must get at least 20% votes. After this, 5 top films are selected according to the maximum number of votes they get and then these top 5 films are voted by the life members of the academy and the winner is selected, which is announced from the stage on the award night. It is important to know here that every voting member must be active in the film industry for at least 10 years. For other categories like Actor, or Music or Special Effects or Editing etc., Academy members also have to watch the shortlisted films. This month can be very difficult for these members if they have not watched the shortlisted movies. Now all the life members of the Academy, be it actor or director or producer, can vote to choose the winner from the shortlisted films, but they must have seen the film for the validity of their vote. Now all eyes are on Indian films in Oscar nomination.

In fact, the process of voting is very complicated, therefore the validity of all votes is checked through the world’s renowned auditing firm PricewaterhouseCoopers and only then the valid votes are validated. The name of the winner is written and sealed in the envelopes and all the envelopes are kept in a briefcase. These briefcases are tied to the wrists of senior PricewaterhouseCoopers executives who arrive backstage on awards night. Every time the winner of any category is to be announced, the envelope is taken out and handed over to the person presenting the award. There is no scope for any mistake in this whole process. All PricewaterhouseCoopers executives associated with the Awards are bound by non-disclosure agreements to keep each and every detail a secret.

What is Kantara, The Kashmir Files ka Halla…
Many films from India have been longlisted this year. Being longlisted means meeting the basic criteria to be nominated for the award. This does not guarantee award. When voting is done for the long listed films, almost 90-95% of the films do not get shortlisted. The Indian directors who have already started making hue and cry about being nominated for the Oscars are incomplete nominations which cannot be said to be nominated for the Oscars in any way. SS Rajamouli’s RRR, Sanjay Leela Bhansali’s Gangubai Kathiawadi, Vivek Agnihotri’s film The Kashmir Files, Rishabh Shetty’s Kantara and India’s official entry, Pan Nalin’s Chello Show i.e. The Last Film Show, are in the long list of Oscars. Apart from this, Marathi films – Vasantrao and Tujha Saathi Kahi Hi, R Madhavan directed Rocketry: The Nambi Effect, and Kannada film Vikrant Rona are also included in these 301 films. It remains to be seen how many short lists will be there after voting. For this one has to wait till 24 January 2023.

Which Indians have received the Academy Award so far?