Kalidas, Kautilya have also described the properties of sandalwood.

Sandalwood wood is used for the worship of Lord Shiva.

Perfumes, cosmetics, furniture, medicines are made from sandalwood.

Sandalwood enjoys special importance in various religions of India, especially Hinduism and culture. It is such a fragrant wood that is used from the birth of the child, till its rites and funeral. The religious and Ayurvedic texts of India have excellent description of its uses and characteristics, but literature is also not untouched by it. There are other uses of sandalwood. Apart from medicines, perfumes, cosmetics, its furniture and decorative items are also made. Other countries are also fascinated by sandalwood. The country’s well-known poet Rahim has said that ‘Whoever Rahim is the best of nature, he can do good deeds. Sandalwood poison does not spread, Bhujang remains wrapped..

Origin of sandalwood from Malaya Mountains

There are many types of sandalwood, but the glory of yellow and red sandalwood is unique. Sandalwood is a Sanskrit word, which means fragrant wood. It also has other names in this language, such as Malayaj, Chandrashruti, Shrikhand, Bhadrashree etc. Apart from India, its trees are found in Sri Lanka, Australia, Indonesia, Hawaii and other Pacific islands. Indian and Australian sandalwood is in high demand all over the world. In India, sandalwood has its origin in the historically and mythologically famous southern Indian mountain Malaya. This is the reason why sandalwood is also called Malayaj. The air flowing from the Malaya Mountains is considered cool and fragrant.

Regarding sandalwood, first of all religion-karma should be talked about. According to Vamana Purana, sandalwood wood is given priority for the worship of Lord Shiva. According to Brahma Vaivarta Purana, Lakshmi resides in the fragrant wood of sandalwood. In the Ayodhya Kand of Valmiki Ramayana, there is a description of the beautiful building of Shri Ram, which is being fragrant with sandalwood. In the 42nd chapter of the Bhagavata Purana, located in the tenth wing, the upper part of the body of Shri Krishna is described as fragrant with sandalwood paste.

Sandalwood is also used while worshiping the Lord.

In the Vishwa Granth Britannica, there is a long description of sandalwood in the Indian context and it is said that the Brahmin caste uses it as a tilak on the forehead and sandalwood powder to scent the clothes. Another foreign text states that Hindu devotees worship the idols of gods and goddesses daily with five offerings, which include anointing the idol with aromatic (sandalwood) substances, waving incense (incense), garlands of flowers, lamps. Includes lighting (lamp) and offering naivedya. In Buddhism, sandalwood is said to be special during practice.

Also read: Giloy herb, which is called ‘Amrit Bel’, rejuvenates the body, let’s know the special things related to it 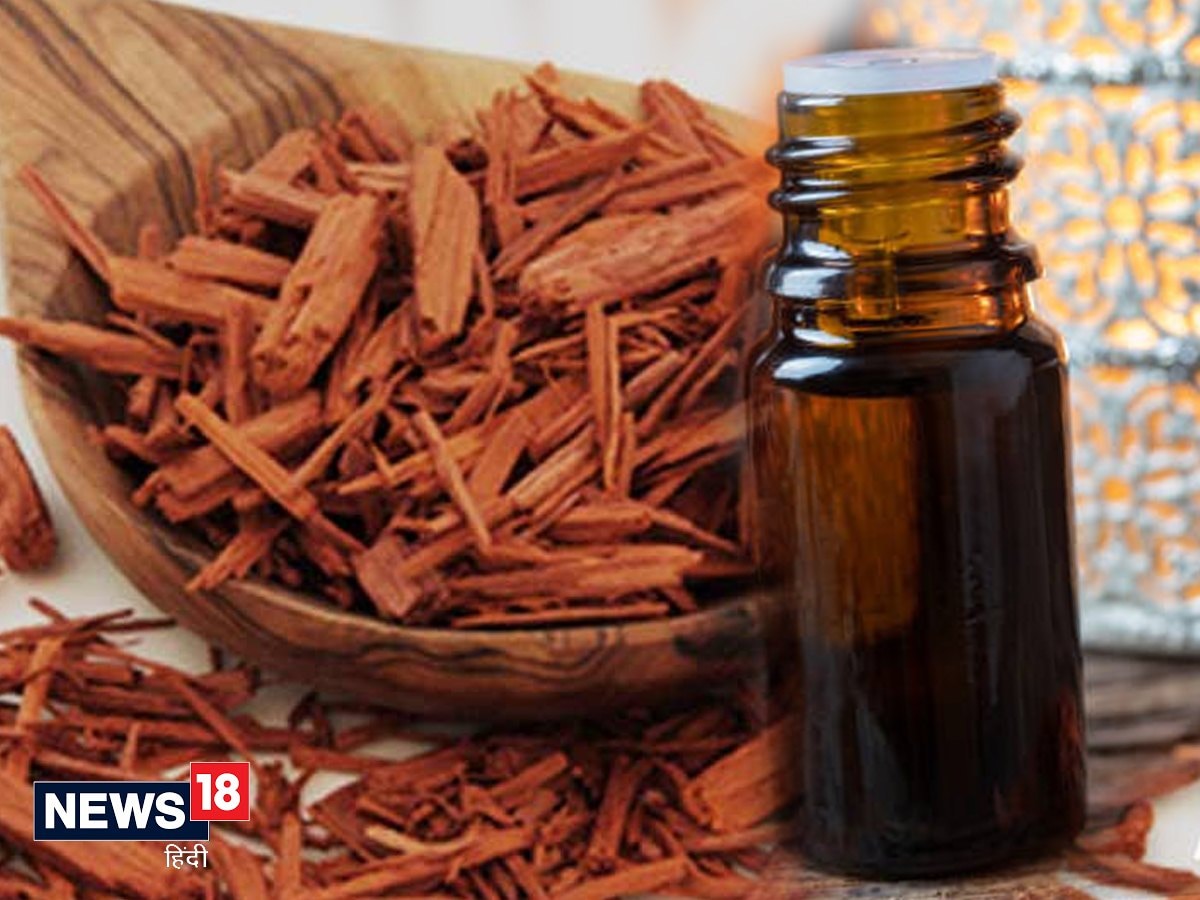 Kautilya in his Arthashastra mentions many varieties of sandalwood from different places,

Apart from China, many countries are also fascinated by this.

From a global perspective, there is a great demand for sandalwood in China, Japan, Singapore, Australia, United Arab Emirates and some western countries. According to the English newspaper China Daily, the furniture of the Ming dynasty, which ruled China from the middle of the fourteenth to the seventeenth century, is made of red sandalwood. In Japan too, there has been a tradition of giving Shamisen, a musical instrument made of red sandalwood, at the time of marriage. The ancient Egyptians imported sandalwood and used it for medicine, worship of the gods, besides burning the dead bodies. Its wood is lit for peace in Parsi temples. Jews also use sandalwood in religious ceremonies.

Sandalwood has the property of cooling

Sandalwood is a very ancient tree, there is no doubt about it. It has a 4,000-year-old history of being mentioned in Sanskrit and Chinese manuscripts. There is also evidence of the use of sandalwood by ancient Egyptians and other civilizations for more than 3,000 years. In the ancient Ayurvedic text ‘Charakasamhita’, sandalwood has been described as very cool. Not only has it been said to be beneficial for the skin, its use is described in many medicines. According to well-known yoga guru and Ayurvedacharya Guru Acharya Balkrishna, sandalwood is also a beneficial herb, and it is being used for medicine for many years. It is also beneficial in many diseases. The qualities of religious, spiritual, physical and mental peace are found in it. Sandalwood improves depression, anxiety and insomnia. It removes grief and keeps the mind fit. It is a panacea for inflammation and headache.

According to a study ‘Rediscovering Sandalwood: Beyond Beauty and Fragrance’, published on the National Library of Medicine (NLM) website of the National Center for Biotechnology (NCBI), sandalwood oil contains
Has anti-cancer properties. Along with this, anticancer and chemo-preventive properties have been revealed in alpha-santalol, a compound extracted from the sandalwood tree. sandalwood oil it non
It is also toxic, due to which its use becomes safe. 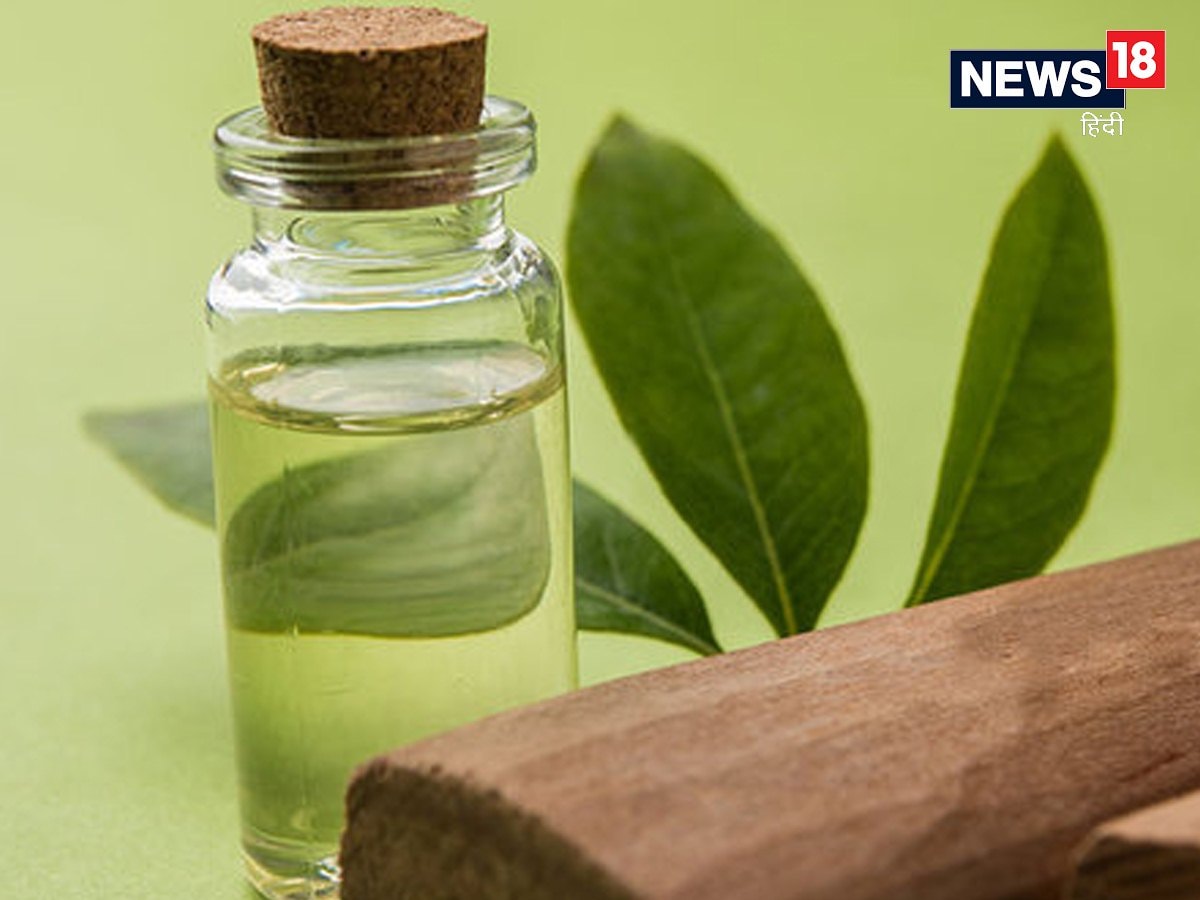 According to the study, sandalwood oil is also beneficial for psoriasis (a type of skin problem) and atopic dermatitis (reddish itchy rash on the skin). It has antipyretic property, which reduces fever. Its oil also helps in removing warts. The anti-inflammatory properties (anti-inflammatory) present in sandalwood not only provide coolness but also reduce swelling. It also has antibacterial properties, which are effective on acne and pimples.

Do not apply if you are allergic

Sandalwood has no harm of its own, but it can cause problems due to the ‘chemical elasticity’ of the person’s body. If someone has an allergy problem, sandalwood may cause itching, burning or rashes. Its consumption can upset the stomach of people with weak digestion. Its excessive consumption can lead to depression and vomiting.