There are some spices and ingredients in Indian food, which create flavor and also give color to food. These also include a green chili (red chili after drying). Its pungency (pungent or bitter taste) is beneficial for food as well as for the body. It has some special properties. Green chili is an exotic plant, which has entered India only 700 years ago. Then the question is, where did the pungency of Indian food come from in the olden times. The great thing is that in ancient India, the description of rasas (taste) has been described in great detail.

The history of green chillies is very old. Professor Sushma Naithani of the Department of Botany and Plant Pathology at Oregon State University (USA) has given detailed information about the origin centers (land area) of crops in her research.

Professor Sushma Naithani says that the origin of green chili is in the land center of Mexico and Mizo and it is being grown there since 5000 BC. Mexicans used it in their food and spices. It is said that chilli was introduced to the rest of the world when the seafarer and explorer Christopher Columbus (life-time year 1451–1506) reached America while exploring India by sea route. From there, this green chili reached other European countries and became an essential spice for food.

The origin of green chillies is the land center of Mexico and Mizo and it is being grown there since 5000 BC.

The problem is, what happened to the chili in the thousands of years between the arrival of green chilies from Mexico to America? Did she stay in Mexico all these years? The second thing is that Columbus was a seafarer and explorer, not a merchant. The third thing is also that there is no concrete information about Columbus yet, which country he was a resident of Spain, Portugal, Italy, so the relation of green pepper with him raises the question?

Also read: Jackfruit is the world’s largest and heaviest fruit used as a vegetable, know interesting things about this fruit

Now let’s talk about the arrival of green chilies in India and becoming an essential ingredient in the food here. Reports say that when the Portuguese merchant Vasco da Gama (life-time year 1460-1524) came to India to collect black pepper, he reached the coast of South India with green chillies. After this, the journey of green chillies in India has been spectacular. Today India sells green chilies (red chilies) to America, Germany, Canada, Britain, Saudi Arabia, Germany and other countries. India accounts for 25 percent of all chili production in the world. 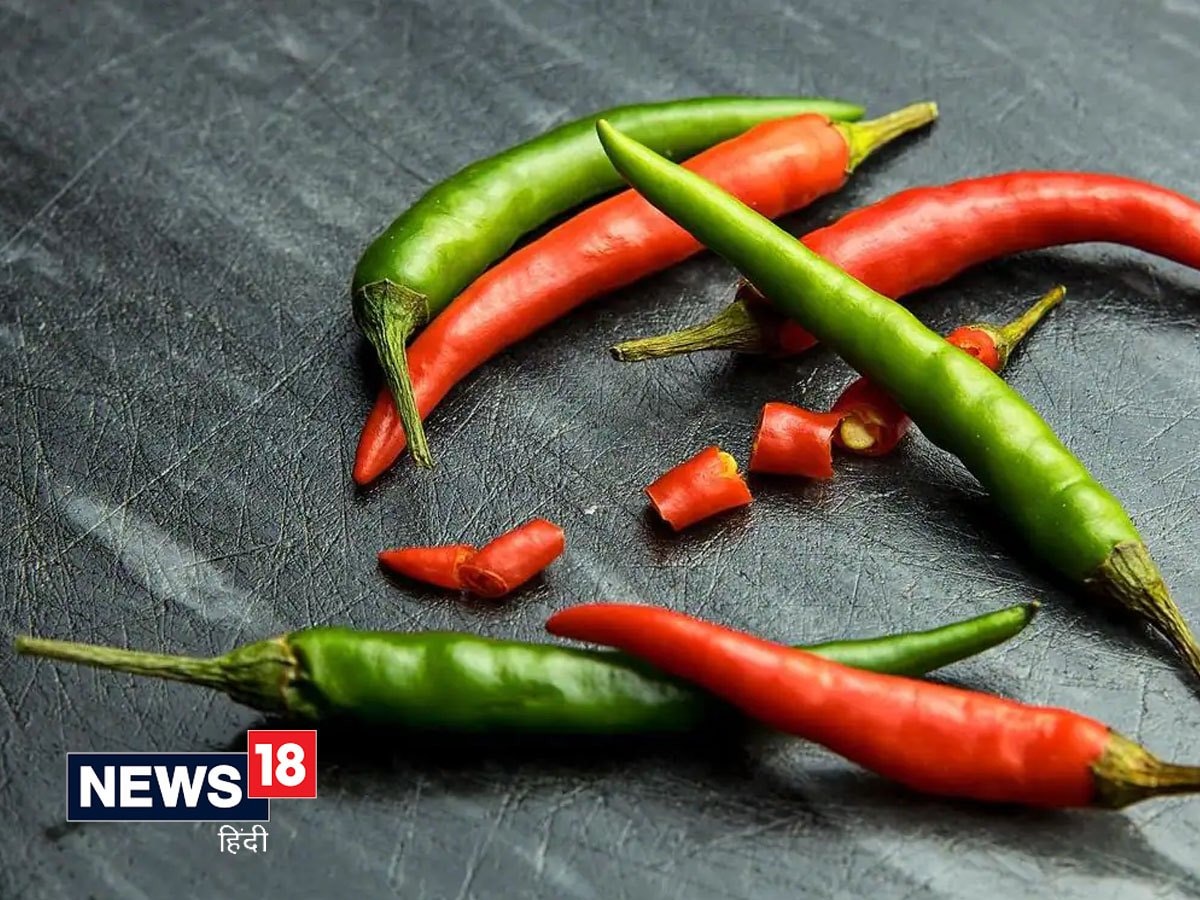 India accounts for 25 percent of all chili production in the world.

Before green chili there were many spicy spices

Now the big question is that before the arrival of green chilies (bitter-pungent taste) in India, was the food of this country ‘dull’? The question also arises because thousands of years ago, in the chemistry and ancient texts of India, there were six rasas (taste) such as Madhur (sweet), Amal (sour), Lava (saline), Katu (pungent), Tikta (bitter) and Kashaya (sweet). astringent) is given in detail. In these, the bitter taste arises from green chilies. This means that the elements that produce the pungent taste were present in India for thousands of years. When Ayurvedic texts were examined on this subject, there were spices and herbs like Gandir, Gandharna, Black Pepper, Pippali, Kalashak etc., which produced pungency and were part of the food. That’s why we can say that the arrival of green chilies in India is just that this country has got another ingredient of pungency.

both green and red are useful

By the way, if we talk about the properties of green chilies, then they are wonderful. Chilli is known for its pungent nature, it is the main in bitter juice and salivary substances. In its raw state, its green fruits are used for making pickles and vegetables, and in the ripe and dried state are used for spices. Chili has many medicinal properties, such as stimulating digestion and a natural pain relieving spice to relieve pain. 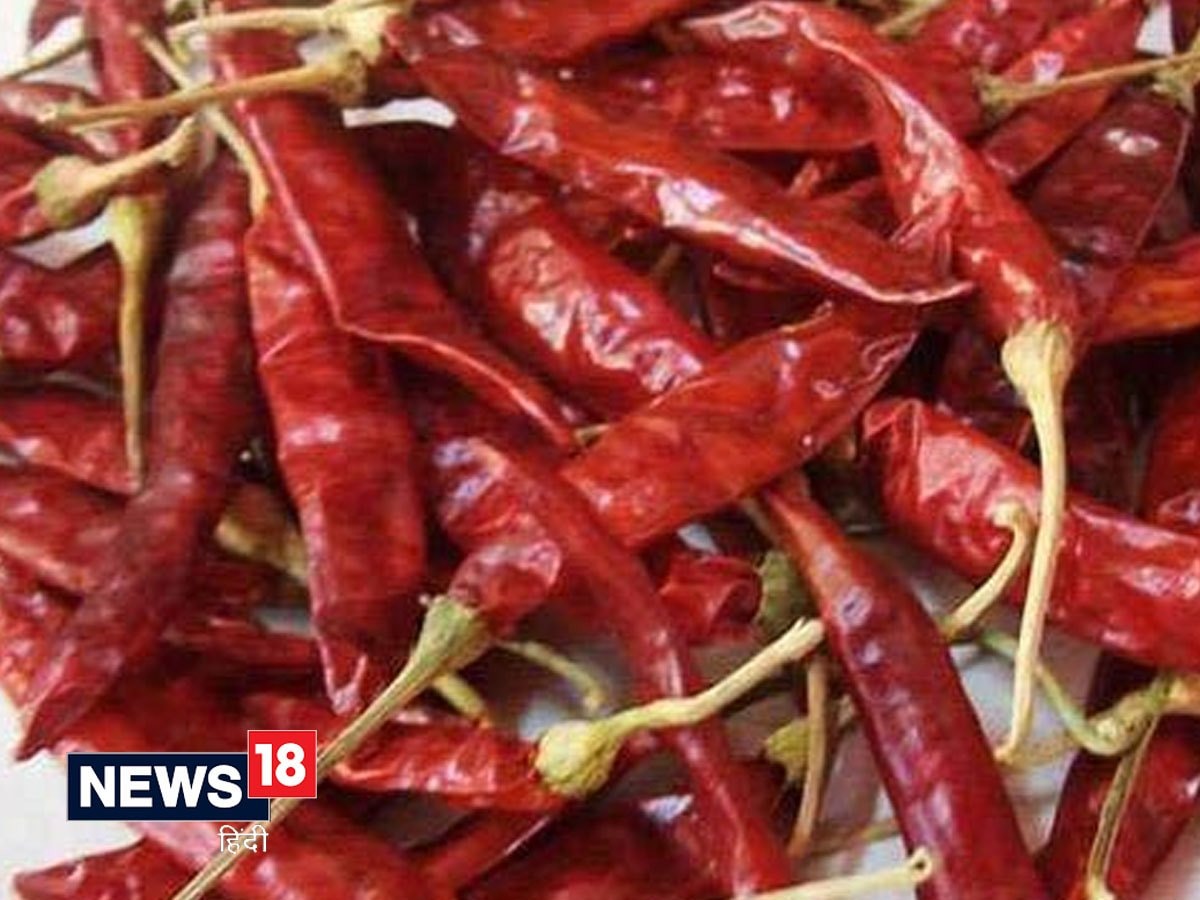 Green chili turns red after drying and is used as a spice.

If you want to avoid obesity then eat green chili.

According to Food Expert and Nutrition Consultant Nilanjana Singh, consuming green chillies daily with food is helpful in burning unnecessary body fat. It contains very few calories, which does not allow obesity to grow. Green chilies are rich in vitamin C and beta-carotene, which are beneficial for the eyes. The potassium found in it helps in controlling heart rate and blood pressure and prevents hardening of the arteries. It also has anti-bacterial properties, which protect the body from infection.

Green chillies also contain fiber which helps in digestion of food. There are also some disadvantages of consuming more green chilies, such as it increases the heat in the stomach, which can cause nausea and pain. Its excessive consumption can cause allergic reactions in the skin. Eating more green chilies can cause burning sensation in the mouth and its pungency can affect the sensitivity of the tongue.