Actress Mahima Gupta, who started her career with trending star Khesari Lal Yadav’s film ‘Pyar Kiya to Nibhana’ in Bhojpuri cinema, has made a lot of recognition in a very short time. Huh. Mahima, who came to limelight from the web series ‘Gandi Baat’, belongs to Bhopal and never thought that she would become an actress. Rather, she used to dream of getting a government job and earning 40-50 thousand. The actress has shared such interesting things related to herself with News18 Hindi. Let’s know what Mahima said…

Regarding making a career in acting, Mahima Gupta said, ‘When I won a beauty pageant in college, then my teacher and other people said that I liked them very much. After that I got confidence and felt that I should try acting. Since I was associated with a theater group in Bhopal, I continued to perform on stage. Sometimes I even bunked classes for theatre.

Describing about her first dream, the web series ‘Gandi Baat’ actress said, ‘My first dream was to do a government job. I used to prepare for that from the very beginning. I thought that I want a government job and my salary should be 40-50 thousand per month. This is enough for me and if it is a government job then nothing more is needed. I was still doing theater during this time and used to do a lot of monologues. Sir liked my expressions very much and he asked me to try acting. After that I started giving auditions. Meanwhile, I got a TV show ‘Lo Aa Gaye Hum’. I came to Mumbai for the first time with my mother to do it. However it was never released as there was a rift between the producers.’

The actress further says, ‘I kept giving auditions and during this time used to do small jobs. Then one day I got my first film ‘The Cage of Life’. I worked in it and kept on moving forward. After this, did a series of MX Player and many more films. Apart from TV, I also worked in South.

How did you learn Bhojpuri?
Regarding entering Bhojpuri, Mahima says, ‘I had never decided that I want to work in Hindi only. I thought that I will do it wherever I get work. I never thought that this is Bhojpuri, but I worked here thinking that I am an actor and if I should work then I did.’

Talking about the problem of speaking Bhojpuri being a Bundelkhandi, Mahima Gupta said, ‘Bhojpuri I did not know how to speak, but the makers used to tell me how to speak. He would give me a pitch and I used to hold it. That’s how I learned it too. There is no nepotism in Bhojpuri – Mahima Gupta
Regarding getting work in Bhojpuri, the actress said, ‘There is no nepotism here. If you have talent here, you get it. It is okay that people promote themselves. But talent is also appreciated here. There is more work in Bhojpuri. Where in Bollywood a film is made in 3 months, here the actress has done two films in a month. Regarding the story in Bhojpuri films, he said, ‘Stories are worked here too. Films like Khesari’s Sangharsh and Nirahua’s ‘Nirahua Hindustani’ have also been made here. How was the reaction of the family members about the bold scenes in ‘Gandii Baat’?
Mahima Gupta made a lot of headlines by giving bold scenes in the web series ‘Gandi Baat’, so while talking about the reaction of the family members on this, she said, ‘The family members are never happy with such work. That his daughter should do such scenes. But, by the grace of God my mother is very good. No one from my family was in my support but my mother always stood by me. All he had to say was that whatever you do, you will do well and this is your part of acting. You are just playing this character. I know you and I don’t care what anyone says. People taunt the mother that the daughter has turned 24, what is she doing. Marry it. People question why it did this series. Why put such photos, ask all such questions.’ 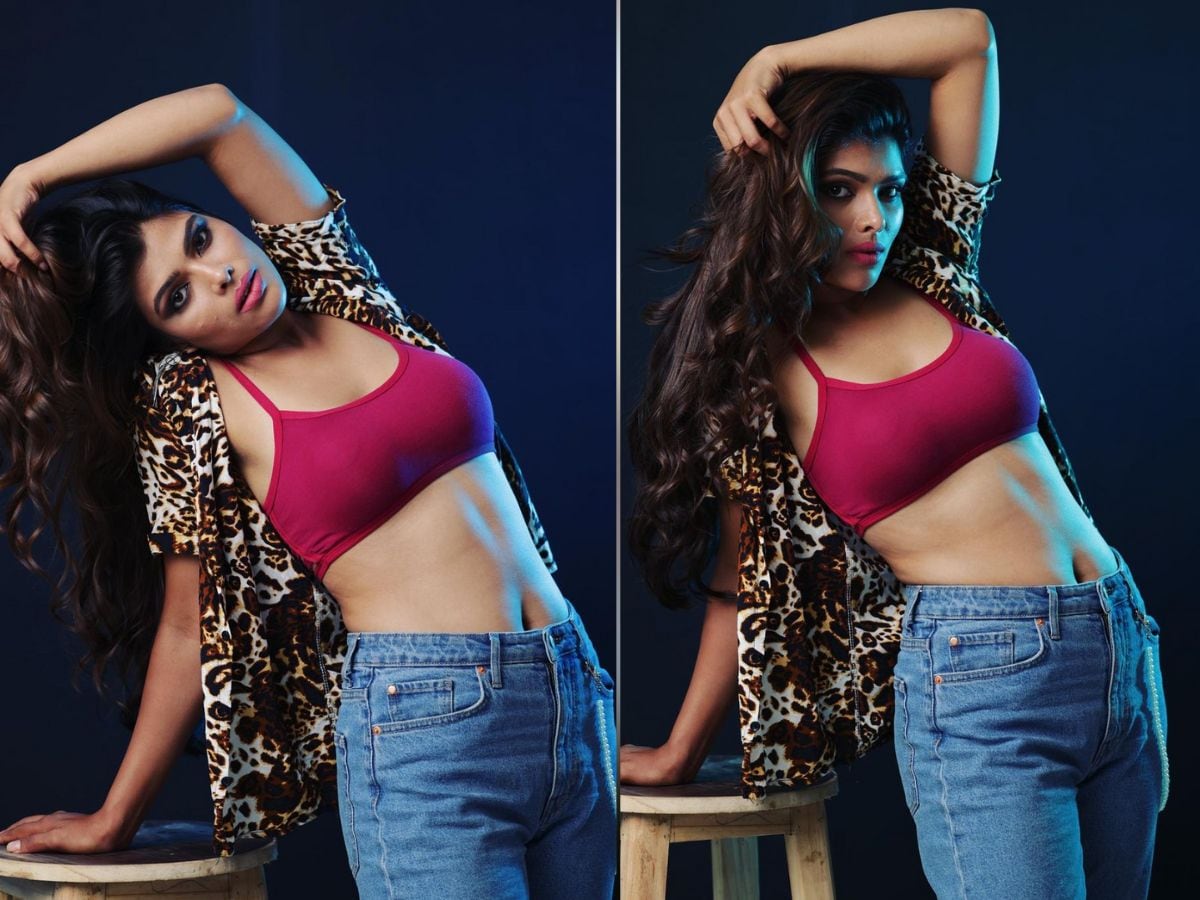 Talking about her upcoming films, Mahima (Mahima gupta Upcoming Films) said that ‘My upcoming films are ‘Lallu Ji Ki Love Story’ with Dinesh Lal Yadav Nirahua, ‘Jaan Lebu Ka’, Husband-Wife Aur Bhootni with Yash Kumar is about to be released. Apart from this, the actress is also a part of many Bhojpuri films, whose shooting is going on and some are about to start.