Nutritious flour is prepared by drying the water chestnut pulp.

If you eat water chestnuts when you are hungry, then the body gets full energy.

In Ayurveda, Cinghade has been called an aquatic fruit and its effect is cold.

Swad Ka Safarnama: Winter is now slowly showing its charm in India. During this, water chestnut has started appearing in the vegetable market and markets. This fruit of dark green and beige color is wonderful in properties. Eat this, energy will start flowing in the body. Water chestnut also helps in removing the impurities of the blood. Its great feature is that it is also rich in antioxidants. Water chestnut is an all-rounder fruit, the reason being that it has originated in many areas simultaneously.

In some states samosa is called singhada.

Until a few years ago, its stalk was not sold along with water chestnut sold in the markets. Water chestnuts are not seen being sold without stalks in Delhi. It is a different matter that only the pulp inside is eaten, the peels and fruits are of no use. The interesting thing is that considering its texture, it is customary to call samosas as water chestnuts in some states of the country. The specialty of water chestnut is that its juice gets destroyed by boiling it, but while eating it, it will be seen leaving a taste like butter in the mouth.

Another special feature of Singhande is that nutritious flour can be prepared by drying the pulp. It is very useful in fasting. This is the only fruit that is produced in the creeper that spreads in the water of the pond. Its a weird shape. Water chestnut has two soft thorns like horns in its triangular shape. People are also crazy about its juice and very mild sweet taste.

Read this also: Journey of taste: Plum full of qualities is beneficial for the heart, the history of this fruit is thousands of years old

This aquatic fruit has originated in many countries.

In Africa it originated in countries such as Algeria, Tunisia, Sudan, Tanzania, Uganda, Angola, Malawi, Mozambique, Zambia, Zimbabwe, Botswana, Namibia and South Africa. In Asia it is native to Turkey, Georgia, China, Japan, India and Vietnam. Apart from this, the European countries in which it is believed to have originated include Austria, Czechoslovakia, Germany, Hungary, Poland, Switzerland, Belarus, Ukraine, Albania, Bulgaria, Greece, Italy, Romania, France, Spain etc. One special thing is that its information is available in the whole world only from the year 1850. Before this, food history is silent about the origin of water chestnut. There is one more thing that in some countries where it originated in the initial period, now it has stopped growing there.

In taste, water chestnut is pleasing to the tongue and mind, as well as it is beneficial for the body in its properties. Giving information about its nutrients, the US Department of Agriculture (USDA) has told that in 100 grams of water chestnut, calories 97, fat 0.1 grams, carbohydrate 4.8 grams, fiber 1.4 grams, sugar 0.1 grams, protein, 10 grams, vitamin B6 level. Apart from 0.33 mg, potassium 584 mg, zinc 0.33 mg, manganese 0.33 mg, many other vitamins and minerals are also present. According to government official and Ayurvedacharya RP Parashar, it is called an aquatic fruit in Ayurveda and it is believed to be of sweet, cold effect, reduce pitta and vata, remove phlegm, increase appetite and thicken semen. It is helpful in reducing blood bile and obesity. Eating this gives benefit in diarrhea or loose motion.

Read this also: Journey of taste: Broccoli keeps the heart healthy by controlling cholesterol, this exotic vegetable is full of qualities

It does not contain fat, but is rich in many qualities

According to well-known dietician Dr. Anita Lamba, water chestnut is an energy booster. If you eat it when you are hungry, it will feel like the body has got energy immediately. Stomach will feel full. That is why it also controls obesity. Another reason for this is that there is almost no fat in it. The elements present in it help in removing the impurities of the blood in the body. This fruit is also an antioxidant. Because of that, it starts creating immunity in many common diseases. 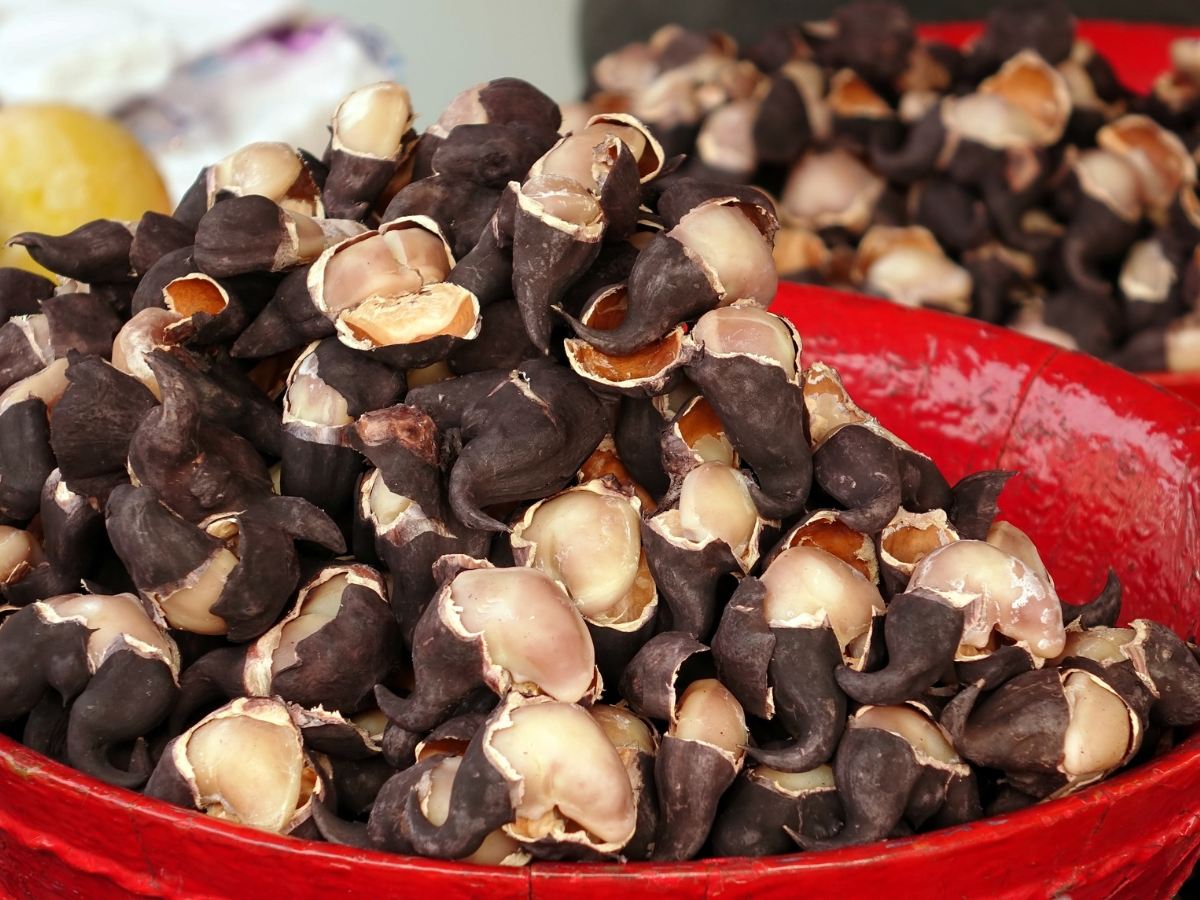 Water chestnut beneficial for the heart also removes the problem of constipation. Image-Canva

Due to this property, this fruit helps in maintaining healthy cells. Since fat is negligible in it and protein is also normal, hence its consumption is heart friendly. The arteries of the heart also remain smooth. This property can give relief to people troubled by blood sugar. Its use keeps the stomach soft, due to which the problem of constipation can be avoided. The potassium found in it is helpful in controlling blood pressure. There is no side effect of water chestnut by eating in proper quantity, but eating more can cause stomach ache.