There are many varieties of plum in the world, but only a few of them are being eaten.

Ayurveda has considered plum as a medicine and has told its use in many diseases.

Swad Ka Safarnama: Ber fruit is small in appearance, but it is not less than anyone in virtues. It is a nutritious and delicious fruit, which has many varieties. Its intake protects the body from diseases and also keeps the activities of the heart smooth. It has been growing for thousands of years in the world and it has a special identity in India. The episode ‘Shabri Ke Ber’ has been maintaining its identity for thousands of years. Ayurveda has also considered plum as a medicine.

The symbol of love and devotion is ‘Shabri’s Ber’

Indian Jujube has a different identity in India. Even today, if you look outside a school in any small town or small town in the country, you will surely find someone selling ber, amarakh and sweet potato on a hawker or chaba (big basket). This is a strange combination but it has been visible for hundreds of years. There is every possibility that in ancient times these fruits were sold outside Gurukul as well. Ber is the favorite fruit of Lord Shiva. When the festival of Shivratri comes in the month of February, there is definitely plum among the fruits offered on the Shivling. The story of ‘Shabri Ke Ber’ is known not only in India but in the whole world.

There are many varieties of ber in India, but only a few of them are eaten. Image-Canva

In many religious texts of India including Valmiki’s Ramayana, there is a description of this incident when Lord Rama and Lakshmana find Shabri while searching for Mother Sita and she herself tastes ber and feeds it to Rama with the intention that he should not eat sour ber. This episode has been considered a confluence of love and devotion. It also means that ber was born thousands of years ago in India. Today there are many varieties of ber in India, but only a few of them are eaten.

Read this also: Journey of taste: Broccoli keeps the heart healthy by controlling cholesterol, this exotic vegetable is full of qualities

originated in china and spread all over the world

On the other hand, according to food historians, plum originated in China about 4000 years ago. According to the Encyclopædia Britannica, most common plums are native to China, where they have been cultivated for more than 4,000 years. In the book ‘Fruits’ written by Prof. Ranjit Singh and Prof. SK Saxena, agronomists of the Indian Agricultural Research Institute (Pusa), it has been said that the origin of plum is China. By the way, it is also said that parallel to China, ber had also been produced in India. It is also said that Ber is native to Afghanistan, Malaysia, Lebanon, Iran, Queensland and parts of Australia. 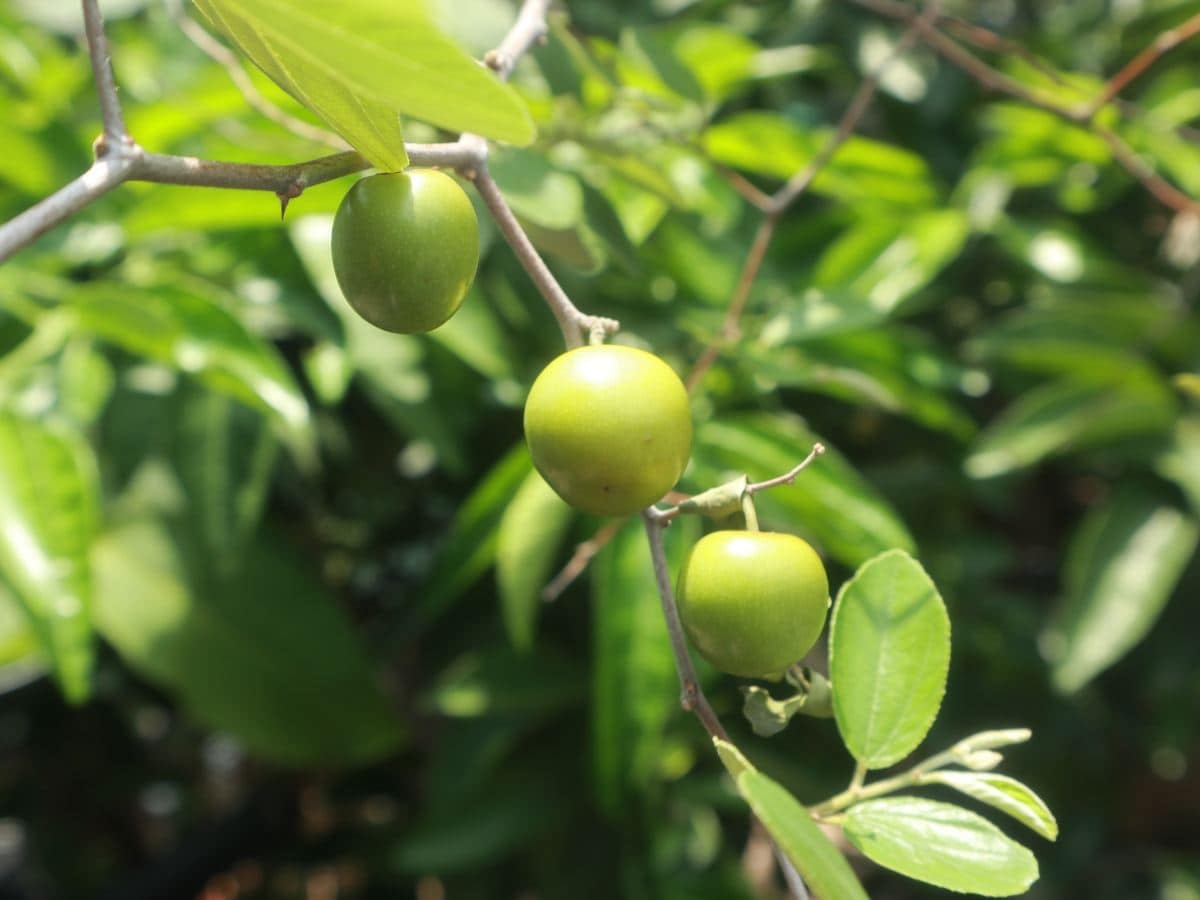 Ayurveda has considered plum as a medicine and its use has also been told in many diseases. Image-Canva

According to another encyclopedia The Encyclopedia of Fruit & Nuts, plums were introduced from China to Iran, Armenia, Syria and the Mediterranean. His arrival in America was much later in 1837. It is also believed that China has worked hard to improve varieties of plum. There are many varieties of plums all over the world, but only a few of them are being eaten.

Ayurveda has also considered Ber as a medicine.

Plum is something different in taste and wonderful in its qualities. The special thing is that Ayurveda has considered this medicine and its use has also been told in many diseases. According to the US Department of Agriculture (USDA), in terms of nutritional elements, 50 grams of jujube has 140 calories, 36 grams of carbohydrates, 2 grams of protein, 3 grams of fiber, 15 milligrams of manganese, 109 milligrams of vitamin C, 2.5 milligrams of iron, 0.1 milligrams of copper, Apart from 34 mg phosphorus, 108 mg potassium, other vitamins and minerals are found. It also contains many acids which are very useful for the body.

Renowned Yoga Guru and Ayurvedacharya Balkrishna, who has been doing research on fruits, vegetables and herbs for years, says that on the basis of properties of ber, it is used in Ayurveda for medicine for many diseases. It is described in many Nighantus including Ayurveda texts Charaksamhita, Sushrutasamhita. Along with the fruit of ber, its leaves have also been considered beneficial. According to Balakrishna, ber and its leaves are useful in many diseases like headache, nosebleeds, mouth ulcers, diarrhoea, vomiting, piles. Apart from this, jujube has also been considered beneficial in respiratory problems, cough, thirst, burning sensation, eye disease, fever, swelling, anemia, constipation and indigestion.

Plum is beneficial for the heart

On the other hand, in the ancient Ayurvedic text Charaksamhita, written in the seventh-eighth century BC, ber has been kept in the category of fruits. It is called Badram. According to the book, plum is sweet, astringent, stomach-cleansing and conquers bile and bile. Dried jujube has also been considered very beneficial for the body in the book. Prof. Head of Ayurveda Department of Sonipat-based Government University Bhagatful Singh. According to Veena Sharma, jujube has many properties and also vitamins and minerals. It increases the power of the body to fight against diseases. Vitamin C found in it and mild astringent taste are very beneficial for the heart. The potassium found in it relaxes the blood vessels of the body and helps in controlling the blood pressure level. It also has the properties of increasing appetite. Consuming plum is also beneficial for constipation.

Plum extract is also very useful. It can help in relieving muscle pain and joint pain. Anti-inflammatory properties have been found in jujube seed oil. Ayurveda also believes that traditionally, jujube use can treat symptoms of stress, anxiety and depression. This fruit has a calming effect on the mind and body. It also contains phosphorus which is helpful in keeping the bones strong. Jujubes contain fiber which helps in controlling digestion. It also helps in reducing toxicity in the blood. Its intake can reduce pimples and spots on the body. In general, consumption of plum does not cause any harm, but eating it in excess will make the mouth dry, there is also a possibility of loose motion. People whose sugar has increased a lot, they should avoid ber.