Man never used to stay in one place, used to roam

This wanderer took the first step towards civilization

Tourism does better than body and mind, it also opens the windows of the mind.

Thousands of years ago, when this world was not like this, then there were some nomadic tribes. Nomad clan. Today here, tomorrow there. It was not his tendency to stay. He had wings in his feet. They were the birds of the land. Sometimes moving forward tearing the chest of the mountains. Sometimes they compete with the fast currents of rivers. Even the vastness of the sea could not shake his courage. The meaning of his life was in wandering. There was no home. No one still Every day a new stage, a new struggle. Along with learning the fine things of life. The tribe got bigger. Divided into different pieces. spread in different directions. It is said that in reality, they established the world. He gave birth to new culture, language and traditions by basking in the soil and water of the corner he went to. When it stopped, civilizations started to rise. Where was India also a country thousands of years ago? This land of ours was divided into many countries and republics.

When the Renaissance was beginning in Europe, India was a special attraction. Traveling to India was the dream point for European sailors and travelers. The land where gold ornaments gleamed, spices smelled, were a storehouse of precious stones. There were huge atlases. Along with the immense agricultural wealth flourishing with abundant water and fertile soil.

The ships of Europe used to sigh – I wish! Get a chance to visit this country once in a lifetime. It had both advantages and disadvantages. Our wealth, fame and prosperity attracted imperialists and invaders. This earth was bled with attacks again and again. In the 15th century, the invasion of the famous Mughal caste of Tatars was so tremendous that they were captured here. Two long centuries passed under his shadow. Then the British came, became the rulers here.

It is said that journeys teach, open the windows of the mind, bring new horizons of knowledge, are the carriers of change. Miraculous travels did wonders in this country as well. We were clinging to the slavery of the British. Even from evils, superstitions, untouchability, casteism and illiteracy. Where was the national consciousness? In such a situation, some trips shook the country. Woke up from sleep New consciousness and thread.

Journeys teach, open the windows of the mind, spread new horizons of knowledge, are the carriers of change.

Long tradition of strolling and traveling in India
Even so, there has been a long tradition of wanderings and travels in the history of thousands of years of Indian civilization. If Mahatma Buddha is seen at one end of it, then Mahatma Gandhi at the other end. The Buddha’s journey left the palace and went to the huts and villages. Through his travels, he made religion and philosophy a medium to remove human suffering and social inequalities. He used to travel a lot. He used to roam from village to village. He used to awaken the Ganges of knowledge.

Influenced by Buddha’s philosophy and travels, the Mauryan ruler Ashoka also spent a long time in travels, so that he could come in contact with common people. Succeeded in humanizing the government. When the country started troubling with religious rituals, Shankaracharya undertook the journey. The journey of thousands of miles from Kerala to Kanyakumari is measured by feet. Through debate from place to place, deeply hurt the ritualistic nature of religion. Tried to bridge the distance between religious sects. 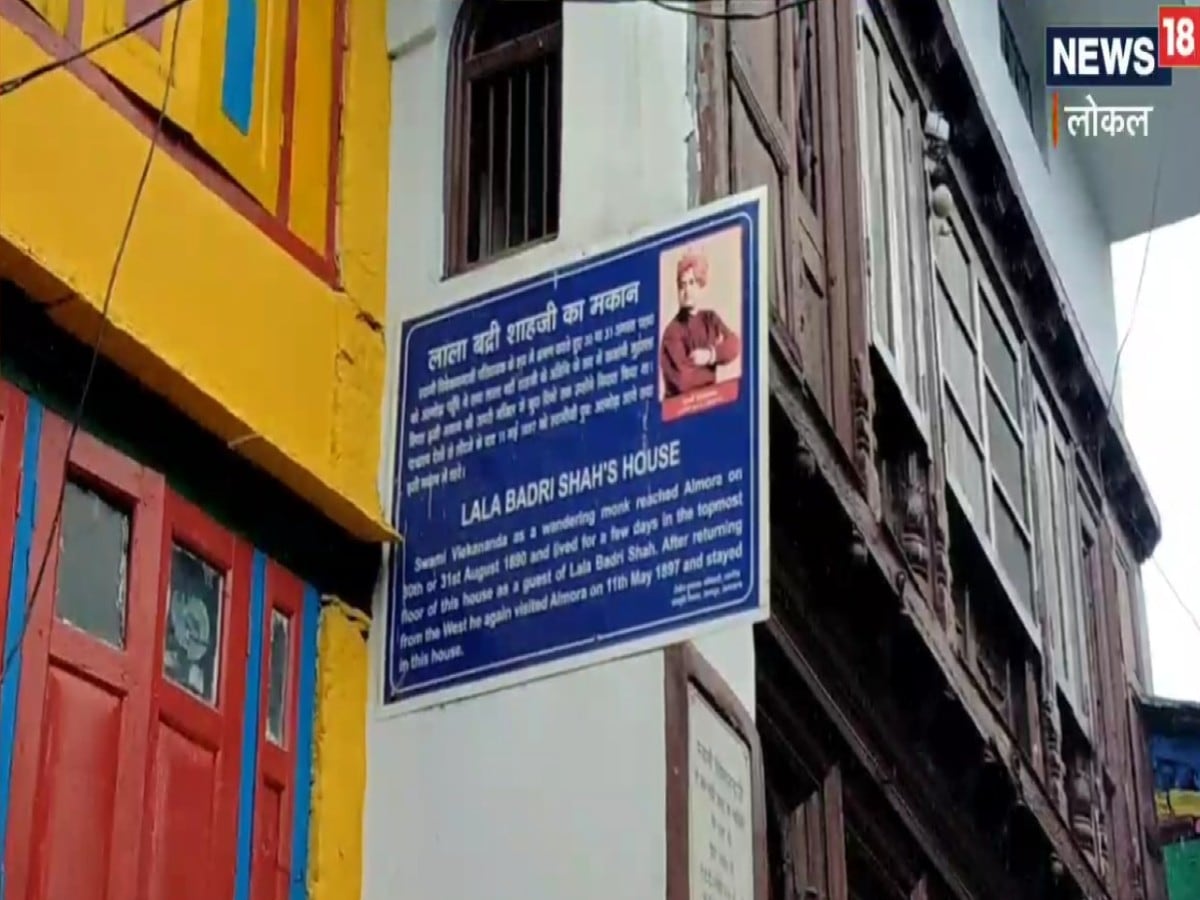 In the house of Lal Badri Shah, apart from Swami Vivekananda’s stand, lamp, fan, medicine, many other things will also be seen. On visiting Nainital, you will see many such boards, which will tell how Vivekananda came here more than 100 years ago and did the work of awakening. There is also a Vivekananda Kendra here. (News18)

The journey of Vivekananda which gave new consciousness
In real terms, the journeys that worked to bring the country out of independence and change, they started with Vivekananda in the nineteenth century. This stunning youth started the journey of awakening the country from Varanasi. People would just keep looking at them. How fast and how simple. His words made a deep impact. Long stature. advanced front. Saffron colored cloak.

There was a great charm in his personality. Through all the cities, hilly areas of North India, he moved towards Rajasthan, Gujarat, Maharashtra and then south. Wherever he went, the crowd would come to see and hear him. He was also understanding the country. Was awake too. When this journey was completed, he set out on that journey in 1893, which for the first time created a different image of India abroad. Spiritually and educationally knowledgeable country.

On his return, he returned via Europe with England. He saw how the world was changing. How the whole of Europe is going through massive social and economic changes. Then there was the time of industrialization and women’s emancipation. He came home in 1896. Now he had some such things which he wanted to imbibe with Indian culture and traditions. He roamed around and talked about education, industrialization and independence for Indian women. Appealed to end casteism. He was the first advocate of science in the country. He was the first person to spread national, social and spiritual consciousness across the country through his western travels.

His words had such a positive effect on many kings, princes and leaders of the country that they also started work in that direction. He also had a great influence on Mahatma Gandhi, Bipin Chand Pal, Subhash Chandra Bose and Bal Gangadhar. He had come to see the awakening of Europe, so his words also created a new environment for industrialization in the country. Jamshedji Tata is said to have got a lot of inspiration from him. When Rammohun Roy returned from a trip to England and France in the year 1830, he started a movement to change the social environment. Its impact was clearly visible in the years to come. (File Photo)

Raja Rammohun Roy’s Journey
There were other travels from the 19th century itself, which broadened the country’s cultural spectrum. Showed the path of social progress, ideological change. Of course, these visits had no less impact on our literature as well. When the social reformer Raja Rammohan Roy of Bengal, who was called the father of modern India, returned from a visit to England and France in the year 1830, he started a movement for change in the social environment. Its impact was clearly visible in the years to come.

Tagore’s travels opened the windows of knowledge
In the late 19th century to the early decades of the 20th century, Rabindranath Tagore traveled to about 13 countries including China, Japan. With this effect, he started a new type of education in the country. The establishment of Shantiniketan was the first step in this direction. The panels of literature were also opened by his travels in Europe, the effect of which was again seen on Indian literature. Certainly these visits opened the windows of knowledge and science. 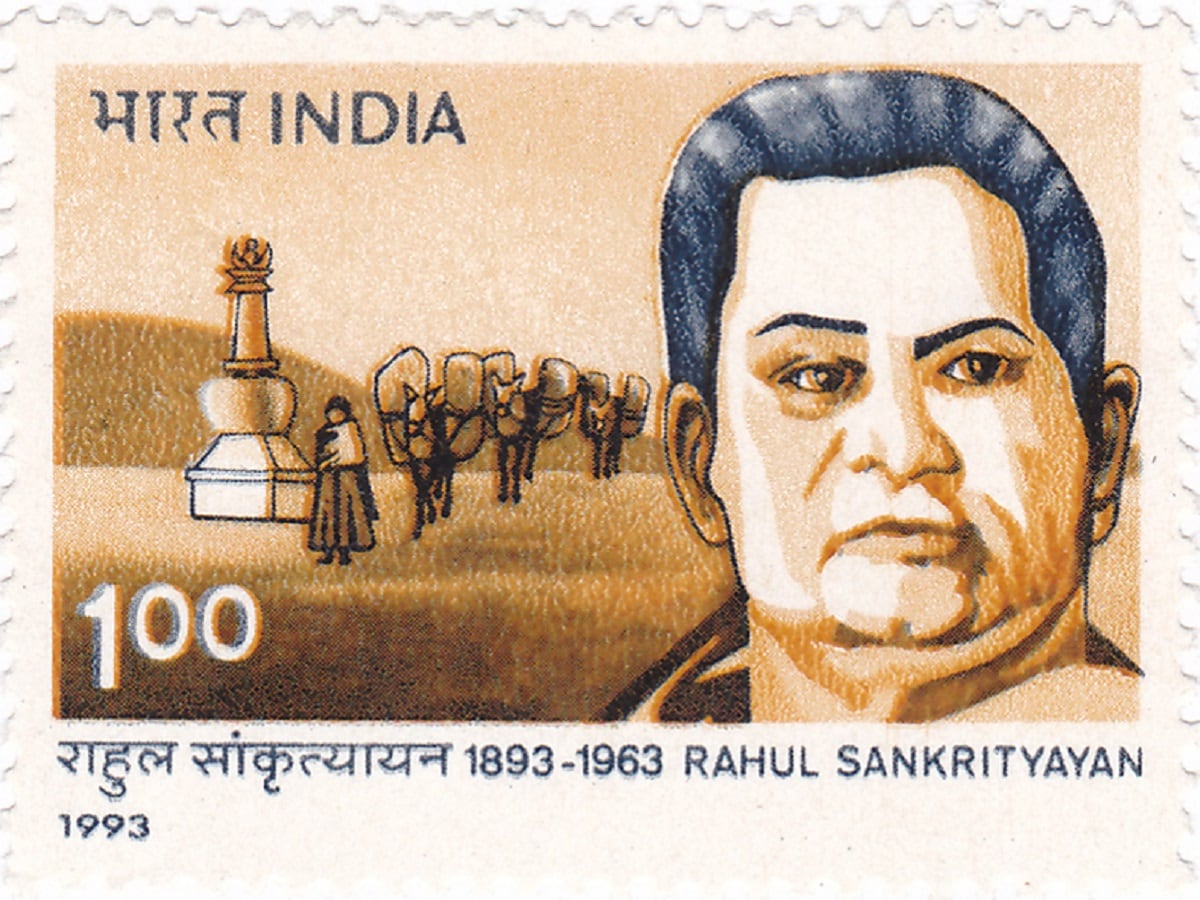 Rahul Sankrityayan did a lot of wandering and the more he roamed, the more the doors of knowledge and cultures were opened for Indians. (Photo-Indian Postal Department)

Amazing stroller of Rahul Sankrityayan
Rahul Sankrityayan wandered thousands of miles away between mountains and rivers in search of knowledge and rare texts, tied those texts in mules and brought them to the country. His contribution towards social revolution is no less. The motto of his life was wandering, he used to say that travel connects life with mobility. He wrote a lot on wandering. In his words, nothing is better for the individual and the society than wandering.

Gandhi’s Journeys
Mahatma Gandhi went to England for studies. Then South Africa to advocate. His visits to these two countries deeply hurt his discrimination against Indians. During his train journey in South Africa, an incident changed his whole life. From here he got the strength to fight. 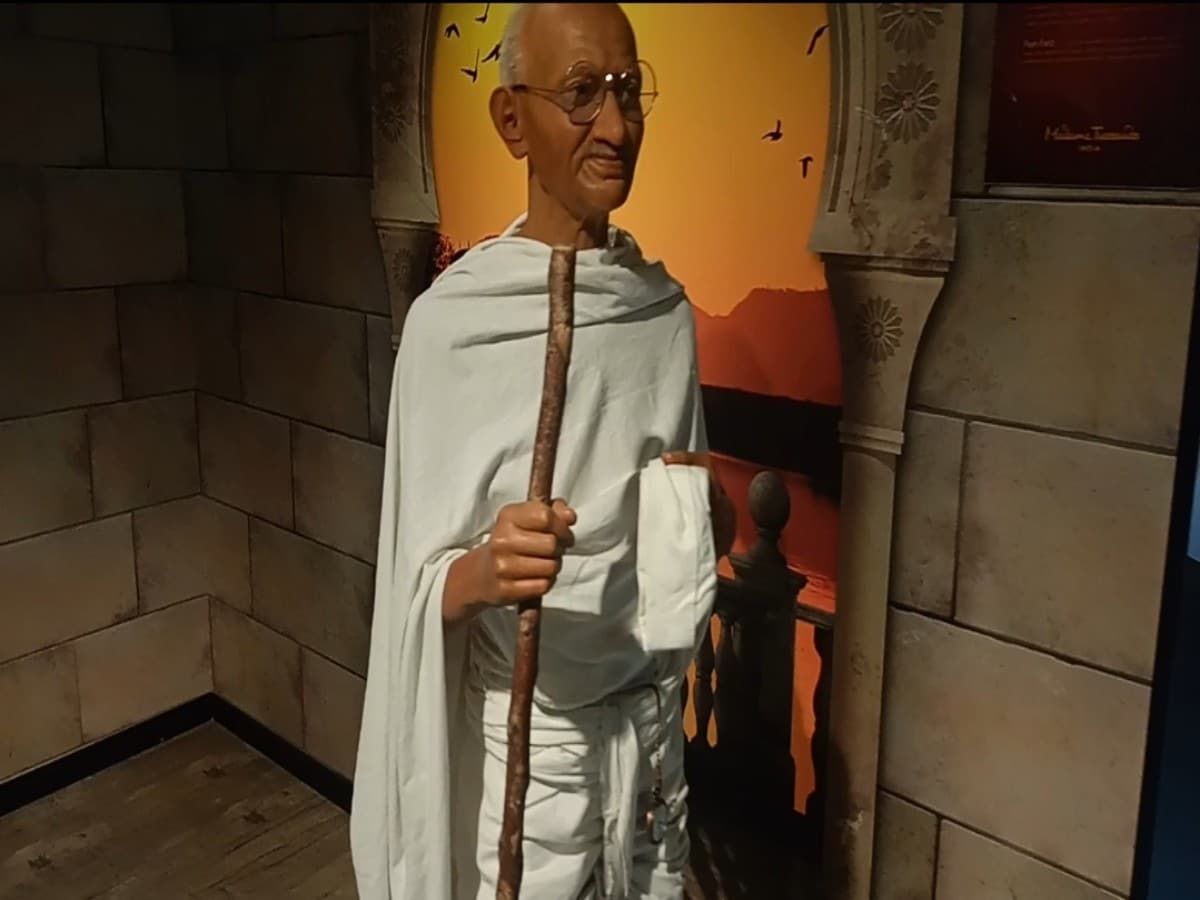 In true sense, Mahatma Gandhi came to know about the country’s plight, poverty, untouchability, casteism and inequalities through travels. Know about the real strength and condition of the villages.

When he returned to India, the first thing he did in the year 1919 was that he started the journey of the whole country. Went to remote areas. went to the villages. Went to such places where no leader of the country had gone before. In the true sense of the country’s plight, poverty, untouchability, caste and inequalities, he came to know through these visits. Know about the real strength and condition of the villages.

By making travel a medium of publicity, if he used it for the independence of the country, then at the same time, he also raised a trumpet of awareness against social discrepancies. His visits caused a wave of inspiration across the country. In fact, Gandhi ji also investigated the strengths and weaknesses of the public through these long journeys.

The impact of travel on lifestyle
In the present era, when the opportunities for our youth to go to foreign countries have increased, they are traveling more to foreign countries and are also learning more. The effect of which is clearly visible on our thinking and lifestyle. We are not only walking step by step with the world, but we are also enchanting the world with our power to move forward. Journeys expand, teach as well.