Kuttey Movie Review in Hindi: Many years ago you have heard Dharmendra saying ‘Kutte main tera khoon pe jaunga…’. After this, you have been hearing this word in films for years. But in 2023, coming out from within the films, this word has not only become the title of the film, but it has also been promoted. Yes, Till now the word ‘dog’ was used to say bad to humans, but for the first time in the film of Aasman Bhardwaj sitting on the director’s chair, the nature of human being is being shown with the word ‘dog’. Stars like Arjun Kapoor, Tabu, Radhika Madan, Konkona Sen, Kumud Mishra, Naseeruddin Shah will be seen in this film. Aasman Bhardwaj, son of director and filmmaker Vishal Bhardwaj, has made his debut through this film. Let us tell you whether Aasmaan has touched the sky in his film as a director or not.

story: The film begins with two policemen who are extremely corrupt. These corrupt policemen get into trouble, from which they now need a lot of money to get out. In such a situation, a plan is made to rob the van used to deposit money in the ATM. But not one or two, slowly many people get involved in this loot. Now how do these people connect with each other and does this van get looted, do these people get trapped… If you want answers to all these questions, you will have to go to the theatres.

First of all, a statutory warning – Aasman Bhardwaj’s film ‘Katai’ is not at all a family affair. There is open hearted abuses, bullets and bloodshed in it. You will get to see a lot of blood flying all around with the sound of khech-chech. Director Vishal Bhardwaj’s films have their own style and in this deep-dark satire film ‘Kutte’, Aasmaan has also carried forward Papa’s style but in his own style. There are many seasoned actors in the film Aasmaan. In such a situation, as a debutant director, where it is an easy thing, then there is also a difficult task. But the director has handled the command of this multistarrer film very well.

However, there are some shortcomings in this film which are very difficult to digest. Like Arjun Kapoor and Kumud Mishra, who reached a party to kill Surti, are roaming around with guns in their hands and no one is seeing them. There is bloodshed in the whole party, bullets are fired but there is no evidence. There is no GPS tracker in the security van carrying crores of rupees. In areas like Mumbai, there is continuous firing, but no one is listening.

Tabu has played the role of ‘Pummi’ in the film. The opening scene of the film sets the pace of the story. There is no time wasted doing nothing. The story increases from the very first scene and you understand that all the characters are just busy working on the principle of ‘apni apni dekh’. The parts of the story are divided into chapters and each chapter has a meaning. There is nothing like first half or second half in the film, the pace of the story will not let you get bored anywhere.

Talking about acting, the lead cast in Aasman Bhardwaj’s film is so long and wide. Also, actors like Anurag Kashyap, Ashish Vidyarthi and Naseeruddin Shah are seen in scenes of one or two minutes. like this So there are so many actors in this film, but Tabu will always be on top of your list. After making success like ‘Bhool Bhulaiya 2’ and ‘Drishyam 2’ in 2022, the actress started 2023 with ‘Kutte’ and what a tremendous performance. Tabu, who became a policewoman in the character of Pammi, has breathed her life into this character as well. At the same time, Kumud Mishra and Radhika Madan have also played a lot in their characters. Arjun Kapoor has most of the scenes in this film and it must be said that Arjun has done full justice to his character. 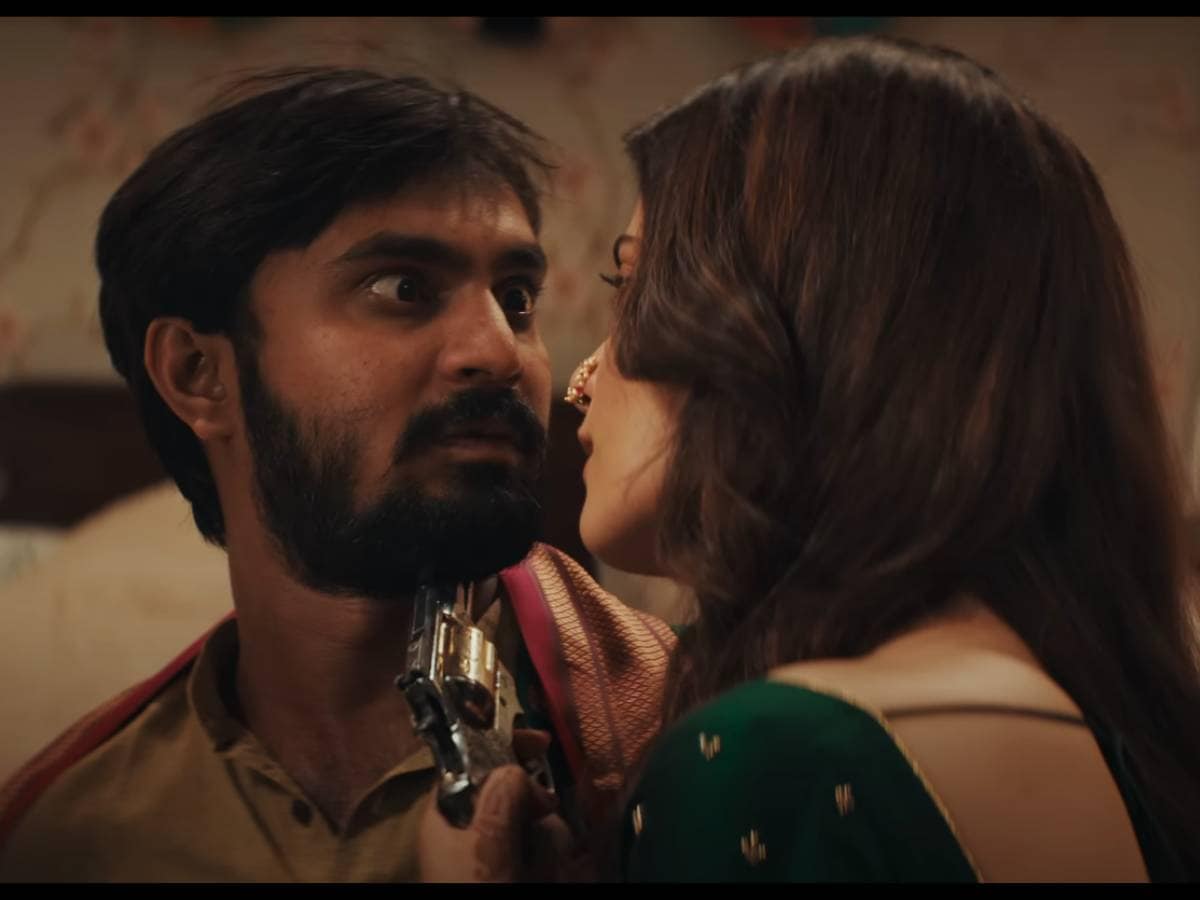 Radhika Madan has also been good with her style in this film.

The climax of the film will surprise you as well as give you a strange happiness. Aasman Bhardwaj has made a great appearance through ‘Kutte’. The biggest strength of the film is its music, which connects each chapter and creates a lot of excitement in many scenes. 3 stars to this film from my side.