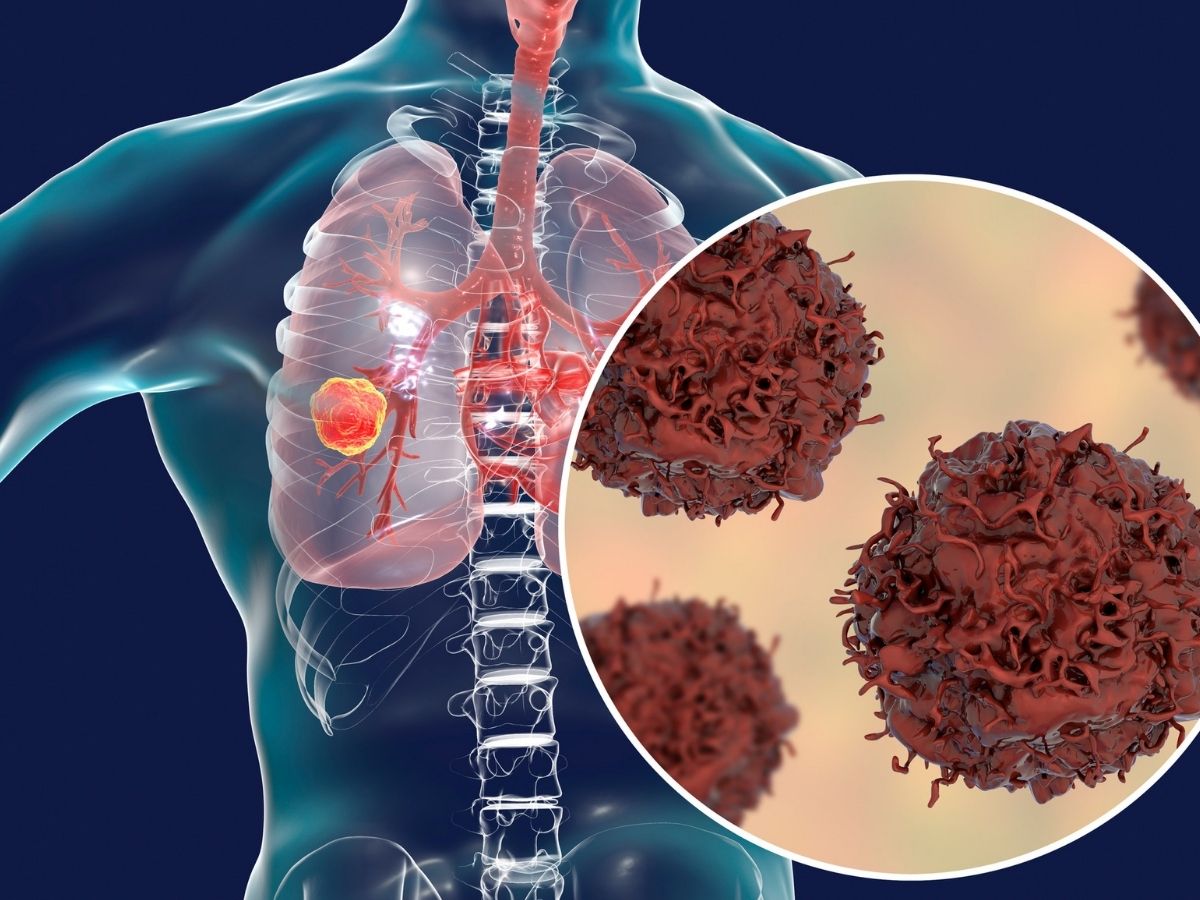 The life-threatening disease cancer is difficult to detect in the early stages, so when the disease progresses, then its treatment becomes more difficult. To deal with all these complexities, studies are being done continuously all over the world. In this list, researchers from the Icahn School of Medicine at Mount Sinai, USA, have published their new Study It has been proved in the study that a normal blood test, which is called a liquid biopsy, can give a solid prediction of whether immunotherapy will have an effect on patients with lung cancer. Along with this, this prediction or assessment will be more reliable than the investigation done by invasive tumor biopsy technique. The findings of this study have been published in the Journal of Experimental and Clinical Cancer.

The PD-L1 biomarker is examined with a liquid biopsy. It is a type of protein that targets a type of immunotherapy, called a checkpoint inhibitor. It helps in attacking the patient’s immune system and kills cancer cells.

PD-L1 biomarker can be checked by blood test

This study has proved that the PD-L1 biomarker in lung cancer patients can be detected by the patient’s blood test. And with this a more accurate prediction can be made about the survival of the patient. This type of test is more reliable than the PD-L1 test from the current prevalent lung cancer biopsy. Researchers say that the biomarkers found in the blood come from the external vesicles of EV PD-L1 cells, which resemble tumor cells. Therefore, the reduced amount of PD-L1 in the vesicles of extracellular cells in the blood may be used to determine which non-small-cell lung cancer patients would benefit from immunotherapy.

The effect of cancer treatment will be known immediately

Christian Rolfo, professor of hematology and oncology at the Icahn School of Medicine at Mount Sinai and senior author of the study, said the results of this test could be beneficial for those patients. In which no reliable biomarker has been found so far and this will also give predictions of the effect of immunotherapy.

He said that if it is confirmed on a large scale, then this protein can be an alternative to PD-L1 of tissues. This could be a standard method of screening cancer patients taking immunotherapy and it would be easier to repeat the test over and over again without any special dissection during treatment. With this, the effect of the treatment will be known immediately and accordingly it will also be possible to change it from time to time according to the need.

How did this study related to the treatment of cancer happen?

For this important study, researchers took blood samples from 33 and 24 patients in two groups of non-small cell lung patients taking immune-checkpoint inhibitors before the start of treatment and at the ninth week. Along with this, a group of 15 other patients taking chemotherapy was also included in the study as a control group.

Also read-
How good is it to drink lukewarm water first thing in the morning? Know from Ayurveda specialist

The extracellular vesicles were then isolated from the blood sample and the protein of PD-L1 was measured. Along with this, the researchers also assessed the imaging scans of the patients’ tumors before and after the start of treatment. This imaging was done with a new technology called radiomics, so that a complete model can be prepared to test the response to immunotherapy.