The consumption of gram keeps blood sugar under control.

India has the highest production of gram in the world.

The history of gram in India is considered to be 2000 BC.

It is not a big deal if we call gram the king of pulses (oilseeds). The reason is that it is full of power ‘code-coded’. It strengthens the muscles and bones of the body. Other nutrients found in it keep the nervous system healthy. The condition is that you digest it properly. It is a sort of ‘fighter’ diet and has been showing its power for centuries. Actually digesting this king of pulses is like chewing ‘iron gram’. The special thing is that India is number one in the world in growing gram.

That’s why it is called superfood

In fact, gram is a ‘superfood’. We called it the ‘fighter’ diet because the people of the country in the Middle East, where it first originated, are considered fighters since the time of origin. These include Turkmenistan, Syria, Jordan, Bahrain, Iran, Iraq, Israel, Lebanon, Turkey, UAE, Yemen etc. The history of these countries has always been absorbed in war. Although these countries are non-vegetarian, but they also included a natural element in their food, which is named gram. The people of this region knew that the properties found in it would further strengthen their strength, so that they would always fight wars. Because there is tremendous power in gram. This strength increases when it is easily digested in the body.

The people of these areas knew that digesting gram is like ‘chewing iron gram’. That’s why he made such a dish called gram hummus, in which lemon, garlic, olive oil, cumin and special spices are added to the gram after boiling and grinding. It becomes a spread in a way. It is a pleasure to eat this very tasty food, as well as easy to digest. It is eaten even today with small and thick roti. It is a very famous dish in all the Middle East countries.

It has also been a favorite food of Buddhist monks many years ago.

Let us also tell you that horses are also fed gram. That is, the power is the power in the gram. In India too, the way to digest it was discovered years ago. There is a tradition of eating gram sattu here for hundreds of years. It has also been a favorite food of Buddhist monks many years ago.

Getting its ‘iron’ done since 7500 years ago

After all the additions, it was concluded that the remains of gram have been found about 7500 years ago and its exit site is the Middle East region. Indian American botanist Prof. Sushma Naithani also considers this area as the center of origin of gram in her research. The investigation tells that some pottery of the Neolithic period was found in Turkey, in which evidence of gram was found. From there it reached South-Eastern Europe and after that it gradually spread all over the world, though Prof. Nathani has also considered the Central Asiatic Center as an origin center of gram, which includes India, Afghanistan etc. But it is confirmed that gram was being cultivated in this region for thousands of years, but its evidence is later from the Middle East.

The history of gram in India is considered to be 2000 BC. In fact, the remains of gram have been found in one or two areas of Rajasthan, Bihar, Maharashtra, Punjab and Uttar Pradesh in the excavation done for the information of prehistoric areas. This period is known from 3000 BC to 800 AD. There is a detailed description of gram in ancient religious and Ayurvedic texts of India. In the Vedas, the word ‘Khalwa’ has been considered as pulse. The description of gram is found in Markendeya Purana, Matsya Purana etc. In the Ayurvedic texts ‘Charakasamhita’ and ‘Sushrutasamhita’ written before 700-800 BC, gram has been called ‘Chanak’. The description of gram has also come in Kautilya Arthashastra (about 300 BCE). 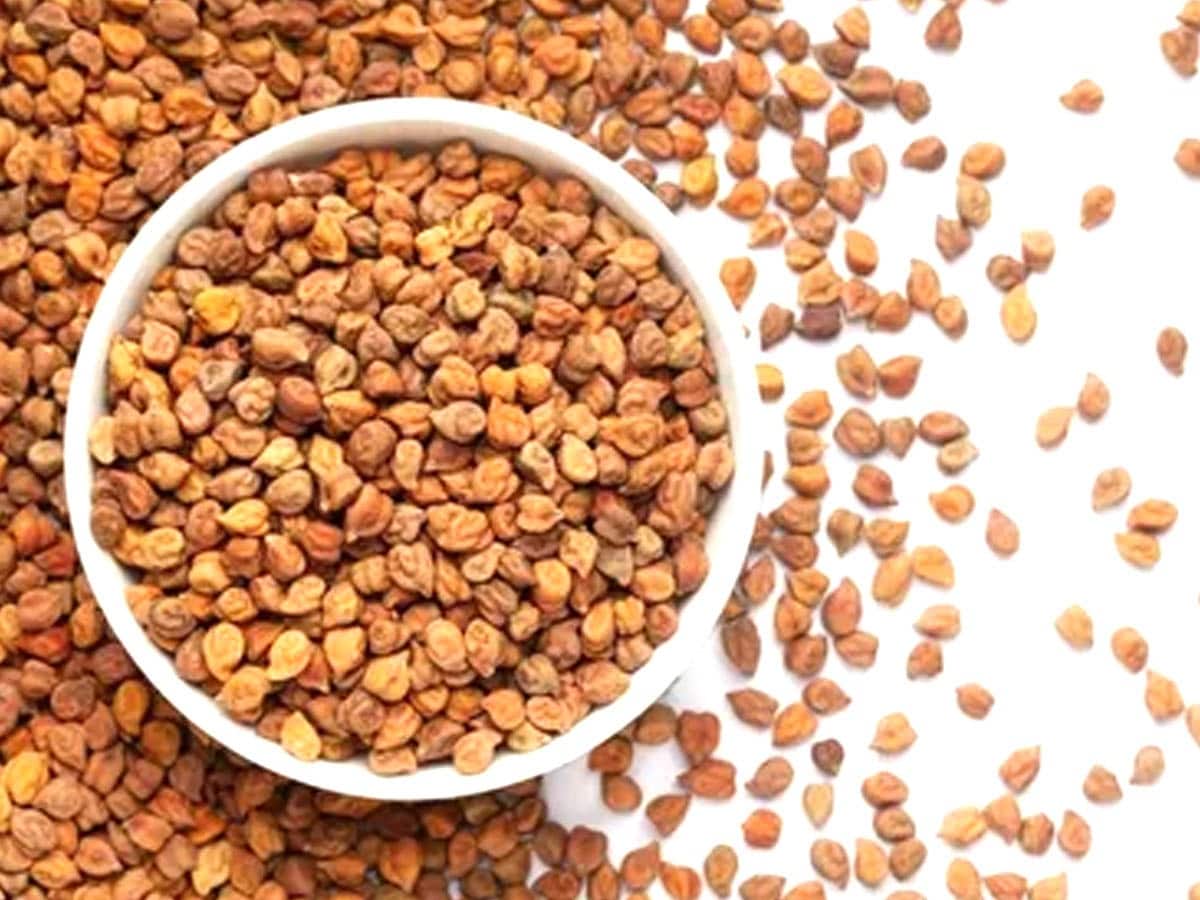 India ranks first in growing gram in the whole world.

In Buddhist literature, gram has been described as extremely beneficial for monks. It has been informed that he used to eat it in the form of sattu and used to do hard sadhna. The color of normal gram is gray (mushy), but there is another gram, which is called Kabuli gram (chickpea). It is light brown in color and it is simple that Afghanistan (Kabul) is its origin area. At present, India ranks first in the cultivation of gram in the whole world. After this there are countries like Turkey, Russia, Myanmar, Pakistan, Ethiopia etc. These rest of the countries keep lagging behind in the production of gram every year.

According to food expert and home chef Simmi Babbar, gram is considered to be alive and luxurious because it is rich in protein, carbohydrate, calcium, fat, iron, copper, zinc, magnesium, phosphorus besides riboflavin (Vitamin B2) and niacin (vitamin B). B3) are found in . Due to this, it keeps bones strong, keeps muscles healthy and gives constant freshness to the nervous system of the brain due to special chemicals. The consumption of gram is also helpful in controlling blood sugar.

The consumption of gram keeps blood sugar under control. Actually, gram contains starch (a type of glycemic) which prevents blood sugar and insulin from going up too fast. It contains soluble fiber, which keeps the digestive system fit, as well as helps in keeping the bad cholesterol low, which does not disturb the heart. It is believed that lycopene and other elements found in gram reduce the risk of cancer.

Gas and kidney stone problem due to excessive intake

He says that before using the gram, it is necessary to soak it in water for a long time, so that the unnecessary elements found in it are removed. Since it contains a lot of nutrients, it also has some side effects. But if you are fit and healthy then don’t worry. It would be better if you avoid the consumption of canned gram. Some people may be allergic to gram. So be careful. Since gram also contains some such elements which are difficult for a normal person to digest, it causes gas formation and other problems. Therefore, people troubled by the digestive system should avoid its consumption. The chemical called purine found in it produces uric acid, which can lead to gout. Its excessive consumption can also become a factor in kidney stones.