There are 200 varieties of peaches around the world.

Peach is an ancient fruit of China.

Weight can also be controlled by regular consumption of peaches.

Peach Interesting History: Peach is not the very favorite fruit of India, but its fans are fond of it for special reasons. That is, this sour-sweet and juicy fruit is full of qualities. It strengthens the body’s immunity by increasing it. Being high in fiber, it also keeps the digestive system healthy. Its regular consumption also controls weight. The history of this fruit is very interesting and in many countries there have been different types of legends about this fruit.

Did this fruit keep evil spirits away?

The peach has been present on the earth for thousands of years and has been a witness to many civilizations. Its shape and color are of different types, so some myths are also associated with it. In the olden times, to keep evil spirits away from their homes, the people of China used to hang the wood of the peach tree on the doors of the houses by making bows, arrows, idols etc. The peach tree is also included in the ten special trees in Korea and it was considered a symbol of longevity, wealth, honor and happiness. Vietnamese people believed that this fruit keeps away from evils. When the peach arrived in the west, the people there called it ‘Persian apple’ because Persian merchants took it there. There has neither been any special insistence on this fruit in India nor any kind of separate belief or belief.

Read also: Carrot cleans the blood along with keeping the brain healthy, this vegetable rich in vitamins has an interesting history

Peach fossils were found in the stones of China

There is no doubt that the peach is an ancient fruit of China and it is believed that the peach was grown in China by 6000 BC along the Yangtze River. Fossils of peach have been found in the stones there. Indian American botanist Dr. Sushma Nathani, marking the origin center of peach, has informed that it was first grown in China and Southeast Asia like China, Taiwan, Thailand, Malaysia, Philippines, Vietnam, Korea and Southeast Asia. According to the English-language encyclopedia ‘Britainica’, the peach probably originated in China and then spread westward through Asia to the Mediterranean countries and later to other parts of Europe.

The peach is believed to have been grown in China by 6000 BC on the banks of the Yangtze River.

Some scholars attribute its origin to Persia. This fruit reached India from China itself and it is said that peach first appeared in India during the Harappan period around 1700 BC. There is also a view that a Chinese citizen brought it to India during the Kanishka-Kushan period in the second century. This view has merit, as there is no description of peach (Sanskrit name adralu:, arukam) in the Charakasamhita, an Ayurvedic text of India, written 700–800 BCE.

Did Alexander the Great take its seeds to Europe?

Gradually the journey of peach started in the rest of the world. This fruit left China and reached Greece, then Italy, France and Spain. History books tell that Spanish explorers brought peaches to Mexico and later to South America in the year 1571. It began to appear in North America in about 1600, and in 1607 in Jamestown, Virginia. Its cultivation began in the 1600s in New Jersey, Delaware and Maryland. Some scientists claim that after conquering Persia, Alexander the Great brought peach seeds to Europe and that it was initially grown in France and Spain, but there is no proper evidence to support this claim. There are now 200 varieties of peaches worldwide, and they are used for desserts, pies, jams and ice cream, in addition to shakes. Some scientists claim that after conquering Persia, Alexander the Great took peach seeds to Europe.

Read also: Pear, which is called ‘fruit of the gods’, is full of special properties, read its thousands of years old interesting history

Peach is rich in minerals and vitamins

At present, the production of peach is abundant in India and it grows abundantly in the hilly regions. The lovers of this fruit are crazy about its sour-sweet and juicy taste. Experts say that peaches contain vitamins A, C, B1, B2, B6, and minerals like potassium, phosphorous, magnesium, calcium, sulphur, chlorine, manganese, zinc and iron. In addition, it is also rich in fiber. Six percent mineral, 1.5 percent protein is found in hundred grams of peach. According to Ayurvedacharya and yoga guru Acharya Balkrishna, the fruit of peach is astringent, sweet, acidic, hot, hot, and sedative of pitta-phlegm. This fruit helps in the treatment of diabetes and piles. The ripe fruit of peach is sweet in taste and guru (heavy) in nature. It is tasty, nutritious and quick to digest.

Fat does not increase in the body, but do not eat too much

Dieticians say that due to these characteristics, eating this fruit does not increase fat on the body. It increases the immunity power in the body to fight against diseases. Eating peaches keeps the eyesight healthy. Since it contains fiber, it keeps the digestive system healthy. 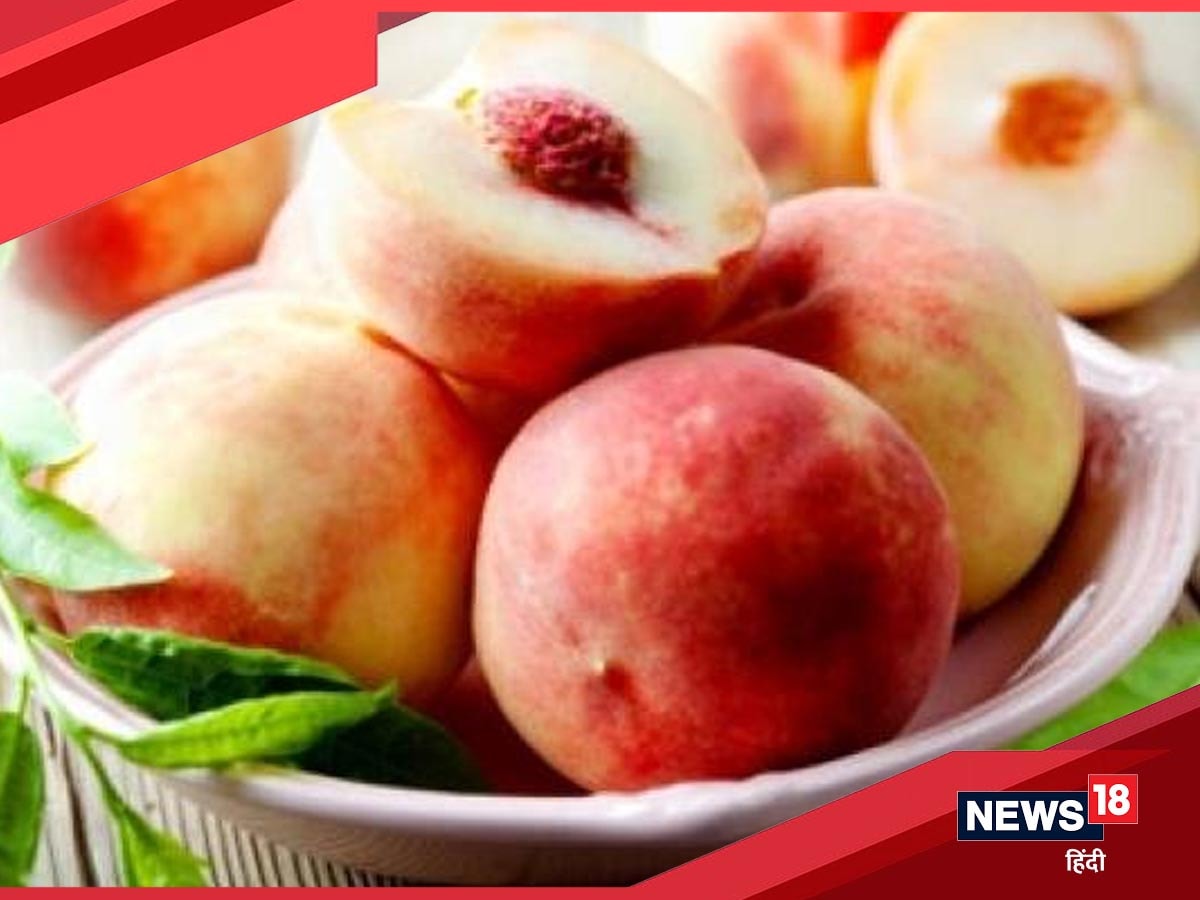 It maintains normal blood circulation in the body and also keeps the heart healthy. It contains minerals, so there is no problem of anemia. It does not have much sweetness, so people with sugar can consume it. It is also beneficial in arthritis. There can also be some disadvantages of eating more peaches. If you eat too much it can cause stomach ache. Diarrhea can also occur and some may also have allergies.