There are about 3000 varieties of pears found all over the world.

Sour-sweet, juicy pears are rich in vitamins and minerals. These properties strengthen the defense system of the human body. The fibers found in it also strengthen the digestive system, which keep humans healthy. This fruit, eaten for thousands of years, also fulfills the lack of blood in the body. Pear is also called the fruit of the gods.

Pear is also called ‘butter fruit’ in western countries. The reason for this is that when cooked, it feels so soft when eaten, as if it is butter. There are about 3000 varieties of pears found all over the world. Pear, Nag and Babbugoshe are all the same in India. Pears found in India (Asia) are crispy and less soft and can be stored for a few days, while European pears are soft and juicy. It ripens on the tree itself and cannot be stored for long. In India it is called Babbugosha.

This fruit has many origin centers

According to research, the origin centers of pears have been different regions of the world. Broadly speaking, there are four origins of this fruit, the first being the fertile crescent region, which ranges from Israel to Iran-Iraq and Turkmenistan. The second center is called the Middle East, which includes the region of Inner Asia. The third center is considered to be Central Asiatic, which includes India, Afghanistan, Uzbekistan etc. The fourth center is considered to be China and Southeast Asia, which includes China, Taiwan, Thailand, Malaysia, Korea, Vietnam. These are areas where vegetables and fruits were being grown thousands of years ago and animals were also being domesticated.

Read also: Succulent, sour-sweet pineapple was once considered a ‘VIP’ fruit, interesting history of this fruit

According to research, the origin centers of pears have been different regions of the world.

Homer said – ‘the fruit of the gods’ is the pear

A report also says that the origin center of pear is Western Europe and North Africa as well. It is clear from these origin centers that pears grew together or separately thousands of years ago in the world and spread their taste all over the world. If we look at its yield period, then it was being cultivated in China before 2000 BC. On the other hand, the famous poet Homer, who was born in Greece in 1000 BC, in his epic Odyssey has called the pear ‘the fruit of the gods’. It is said that pears came to India via Europe and Iran. By the way, the well-known author Yukteswar Kumar in his book ‘A History of Sino-Indian Relations’ writes that peaches and pears are from the Eastern Han period (25 to 220 AD). Came to India during 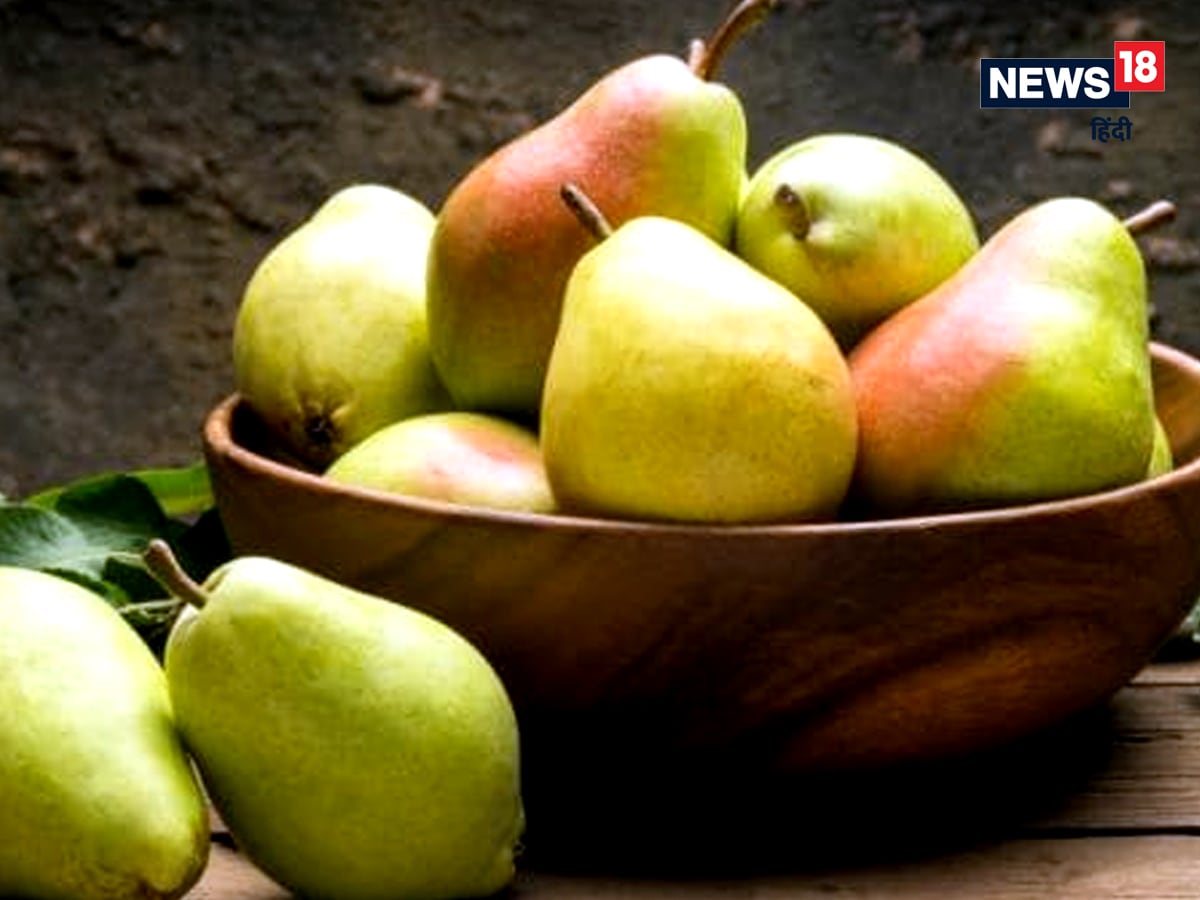 Author Yukteswar Kumar in his book ‘A History of Sino-Indian Relations’ writes that peaches and pears came to India during the Eastern Han period (25 to 220 AD).

When there was no tobacco, its leaves used to work

Let us tell you that ‘Nash’ is associated with the name of this fruit, so it is not used on some auspicious occasions in India. On the other hand, in China, the drying or cutting of a pear tree is considered a symbol of sudden death. You will be surprised that in ancient times when tobacco was not produced, then there was a tradition of drinking the smoke of pear leaves. Pear wood is used to make musical instruments and furniture. It was used a lot in the kitchen, because it does not emit any smell and color and its wood does not get spoiled in water. Architect’s scales are also made of pear wood in olden times, because it does not crack even after being cut into long and thin shapes. Nowadays pears are also used for making cakes, salads, jams, jellies, marmalade etc.

Read also: During the World War, the ‘spinach’ of the injured soldiers had saved their lives, read interesting things related to this beneficial vegetable

The elements found in it keep the body healthy

This succulent fruit is wonderful in terms of properties. It contains many vitamins and minerals, including copper, iron, potassium, manganese and magnesium, as well as B-complex vitamins such as folate, riboflavin and pyridoxine (vitamin B6). It is also rich in fiber, due to which pear improves the immune system, keeps the digestive system healthy and provides energy to the body due to high sugar. Pears are also rich in calcium, which prevents osteoporosis (bone-related problem). The vitamin C found in it improves the body’s defense system. It is also rich in iron, due to which the level of hemoglobin increases, which reduces the chances of anemia. According to Food Expert and Nutrition Consultant Nilanjana Singh, pear quenches thirst, keeps the liver healthy. It also has medicinal properties. Its consumption provides relief in loose motion and vomiting. Pears are rich in fiber, which improves the immune system.

Stomach gets messy due to overeating

It is delicious and nutritious as well. Some special types of compounds are found in pears, which reduce bad cholesterol. It helps reduce the risk of high blood pressure (a cause of heart disease) and heart attack, so when it is pear season, it must be included in the diet. However, overeating it can lead to upset stomach. Sugar people should not consume more of it. If there is a problem in the throat and feeling like fever, then its consumption should be avoided.