Rashtra Kavach Om Review In Hindi: Women often make namakpare or papdi from the leftover flour after making maida kachoris, when they knead flour to make any dish at home. That is, flour is one and the names of the dishes made from it are different. The condition of films being made in the name of action in Hindi cinema these days is also similar to the flour of this maida. The names of the dishes i.e. the names of the movies may be kept separately, but if you look at the story behind, the formula for making all is the same… a little water, a little flour, carom seeds, salt and its dough. Choreographer-turned-director Ahmed Khan has already fed us his maida puris, now namakpare has been made from his leftover flour, which is served by director Kapil Verma in the name of ‘Rashtra Kavach: Om’. Yes, what’s new this time are actors Aditya Roy Kapur and actress Sanjana Sanghi, the rest of the commandos and patriotic things to taste and become ‘Rashtra Kavach: Om’.

Story: As you must have understood after reading the above paragraph that its story is also similar to any old action film but still let me tell you a blueprint. There is a para commando, the name is Om (Aditya Roy Kapur). This is such a hero who jumps straight from the ship without any parachute and then jumps out of the water like a spring and returns to a water ship. Then there’s a lot of action. There is heroine, which is just for the service of Om. First takes care of his health and then what is necessary in his mission. The rest is the army, an attempt to save the country and finally the shirtless hero.

Jackie Shroff, Ashutosh Rana and Prakash Raj will also be seen in ‘Om’.

Director Ahmed Khan has made a rebel, now director Kapil Verma, who is directing his first film in the production of Ahmed Khan, has also brought a film similar to him. From the very first scene of the film, you will laugh at the innocence of the director for thinking of you as a ‘stupid’. The gate behind the helicopter flying at a height of thousands of feet opens and the actor is standing there, but it is fun that even a hair of his should move. Standing here, he listens comfortably on the earpiece and says ‘Jai Bhavani’ and then jumps into the water. There is an action scene and the hero gets shot in the head and falls into the depths of the ocean and then comes back to life… that’s the beginning of the story.

After this, in the first half, you will try to show that suspense for a long time, which is not that much suspense. However, after the emotional dose of the first half, if you reach the second half, then you may get to see a little more action. But my problem is that we have seen many times before Para commandos and that too which no one can kill. For the past several years, we have been seeing an attempt to serve patriotism in soldier’s uniform in films, and Om is just another film in this endeavor.

Talking about acting, Aditya Roy Kapur always looks appealing on screen and he looks very good in this film too. His looks are amazing, although there is not much novelty in the action. Sanjana has also been fine on screen. The climax of this film will completely remind you of ‘Baaghi 3’. Similarly, a fake helicopter, a lot of fire, a military-like setup… The amount of money spent in this film to explode and blow up the helicopter, even half of it was insisted on writing a fresh story by giving it to the writer, then maybe a good film could have been made. Was. 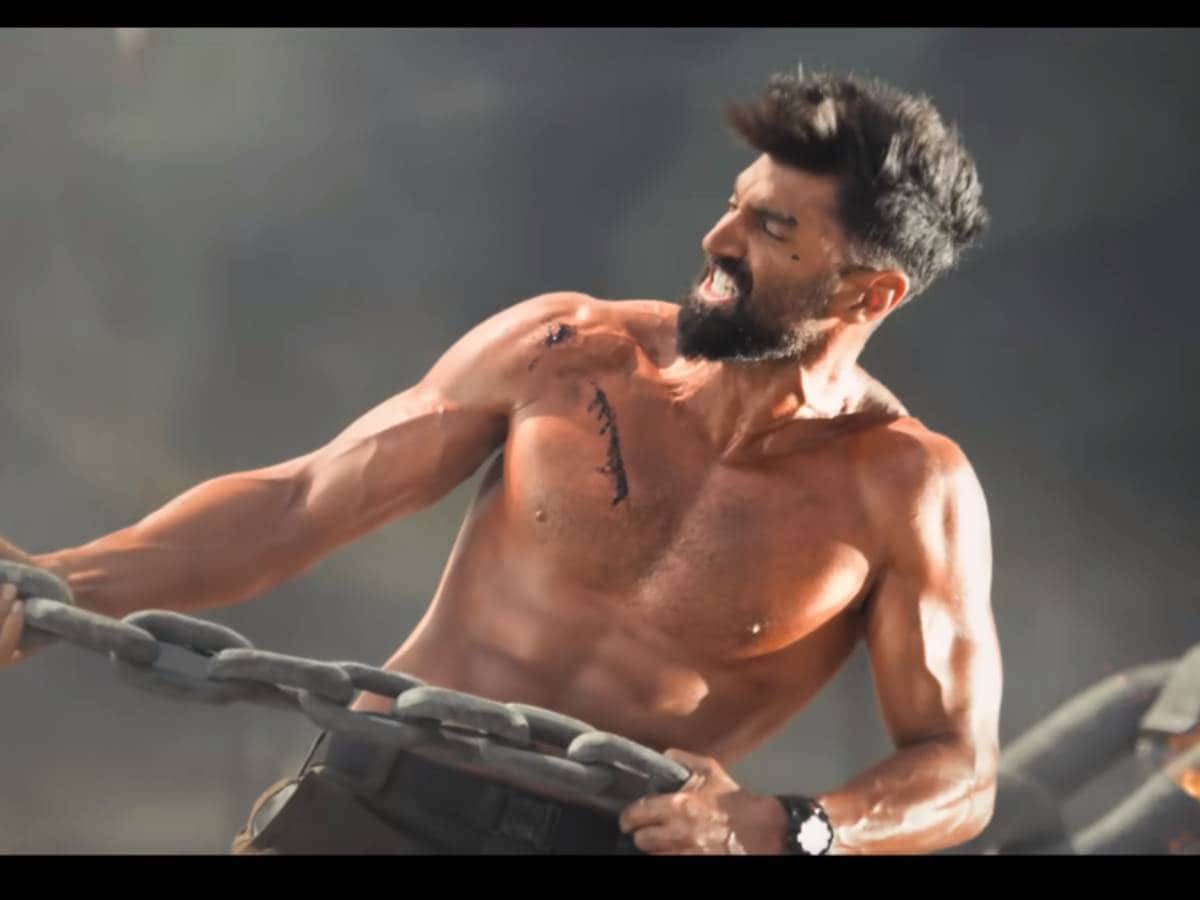 You will get action in this film but you will not enjoy it.

Where an attempt has been made to shock you in this film, you will laugh. At the same time, bullets are also killing people according to their own in this film. Hero does not die even after being shot in the head, Hero’s father dies only after being shot in the back. So there is just such a comedy film, ‘Rashtra Kavach: Om’. Now you must have understood after so much praise that how is this film. 1 star for this movie from my side Because it takes thousands of people’s hard work from technicians to make any film. This star for all of them.