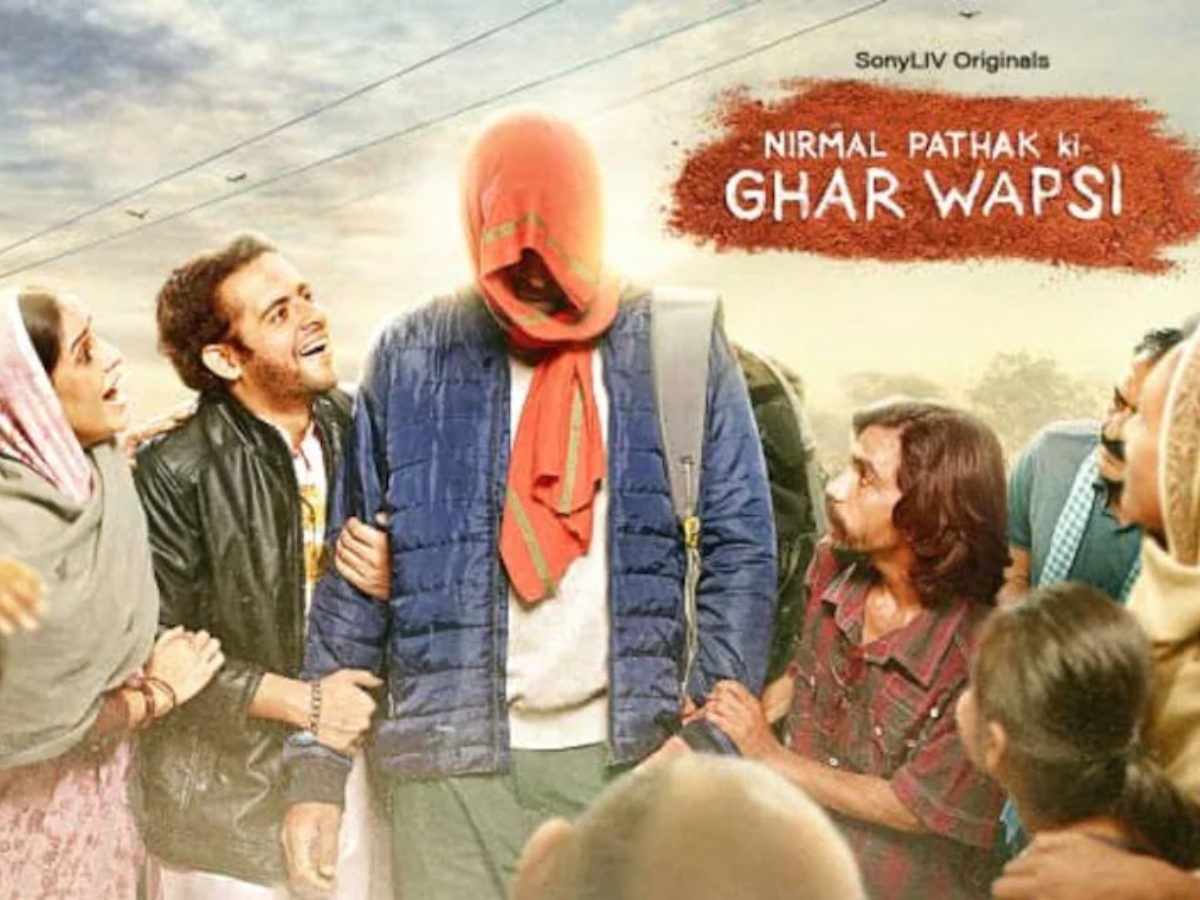 ‘Nirmal Pathak Ki ghar wapsi’ Review: What can producer-directors be averse to showing the image of the state of Bihar in films or in web series beyond gangster, guns, kidnapping, Bahubali and goondagardi, even then, they know that sometimes, there are a couple of light in between. If full-fledged films or web series are seen that present the real stories of our country’s countryside, country’s region, villages, then both the mind and eyes of the audience are filled. A few days ago, the second season of Panchayat was released on Amazon Prime Video, which made the audience cry.

In this episode, now the first season of another lovely series ‘Nirmal Pathak Ki Ghar Wapsi’ was released on Sony Liv, seeing that it felt like walking in the streets of a village in Bihar. This is the first web series written by television serial writer Rahul Pandey, and he has also co-directed it. It is a pleasant experience to watch. Investing in such a web series after piggy bank for Sony Liv is a kind of rebellious move.

Nirmal Pathak’s (Vaibhav Tatvvadi) father was a resident of Bihar. Socialist by health and writer by law. Disturbed by caste discrimination around him, artist Hriday dared to break the laws of the society. The orthodox younger brother points a gun at a man who cleans the scavengers and serves food, stays with him, and gets an FIR filed against his father. Enraged, he leaves home and his wife and comes to the city with his 2-year-old son.

Do writing work, become a great writer and settle down with a writer from the city. Years later, Nirmal’s cousin’s wedding invitation comes and Nirmal goes to his village. After going to the village, everything is new and strange for him. His cousin is a local leader, grandfather is very old now. His birth mother, a typical Bihari straight woman who does housework all day long, and his cynical uncle who is unhappy with his arrival.

Coming into the life of the village, Nirmal has to face poverty, the mindset of a small town, and the same old caste-system. While the family embraces him, when he sees his mother dying of mole mole and going through mental agony, he wants to rebel like his father. His family turns against him. Her cousin is getting married to the daughter of the regional MLA and that girl does not have the mind of getting married but who speaks against the father’s orders. Nirmal, who came from Delhi, wants to return after seeing this form of his own world, but his mother stops him. In season 2, it seems that Nirmal will probably do something for the betterment of his village and society.

The caste system spread in Bihar has been accurately described. Uttar Pradesh and Bihar have their own story. When boys from Uttar Pradesh come to Bihar, they are kidnapped from the station and ransom is demanded. The same happens when the boys of Bihar go to Uttar Pradesh. In the very first scene, it is understood that this journey will be an eye-opener for Nirmal and so before the journey is over, his shoes, his bag, his purse everything is missing. This web series full of poignant scenes has to be praised because at some places the reality is so dramatic that it makes you laugh just because of its presence. Engineers could not become engineers, so they could not become MLAs, hence legislators could not join the police, so people have names like Inspector. Netaji’s spoon, a small caste, drinks tea in a cup of sugar, his food is given separately.

The children of the sweeper are searching for food in the garbage outside the wedding. In school, children go to school in the greed of mid-day meal. At the behest of the elder brother, the younger brother throws the bullets of the gun. Netaji never gives money for any purchase. The MLA, who came from the city with communist ideology, finds the boy a wonder. Vineet Kumar has spoken such a dialogue at this place which can be considered true – if you are not a communist before the age of forty, then you do not have a heart in your chest and after the age of forty you are a communist, then you are a fool. Huh. bitter truth. Writer Rahul Pandey has put the town of Bihar on the screen.

The acting of Vaibhav Tatvwadi is very good. The big role has come for the first time in his part and he has done more than justice. Telling his cousin and his friends to get water themselves while having food makes them heroes in the eyes of their cousin who always brings food and water for everyone. That’s what real life is. If there is a girl then she will do all the household work as the truth is in front. The first scene of Vaibhav meeting his birth mother is also wonderful because a few moments ago his mother washes his feet and wipes them with her lap. You will see this scene in Bihar even today.

Director duo Rahul Pandey and Satish Nair have directed a very good series. Every scene is implausible. No emotion is shown till it becomes burdensome. Light scenes have also been kept in between, although it does not make any difference to the story or the pace of the story. The last 2 episodes are a bit slow. Had one episode been extended, many sources would have opened at the right place. In such a situation, the audience would probably feel more emotional connection. Good web series. is to be seen. If you want to see Bihar beyond the life of Bahubalis, then you can see it. The memory of Doordarshan days will also be refreshed and perhaps some prejudices will also be removed. In fact, the villages have become familiar with physical facilities like laptops, mobiles, SUVs, but have not yet got freedom from the atrocities in the name of rituals.