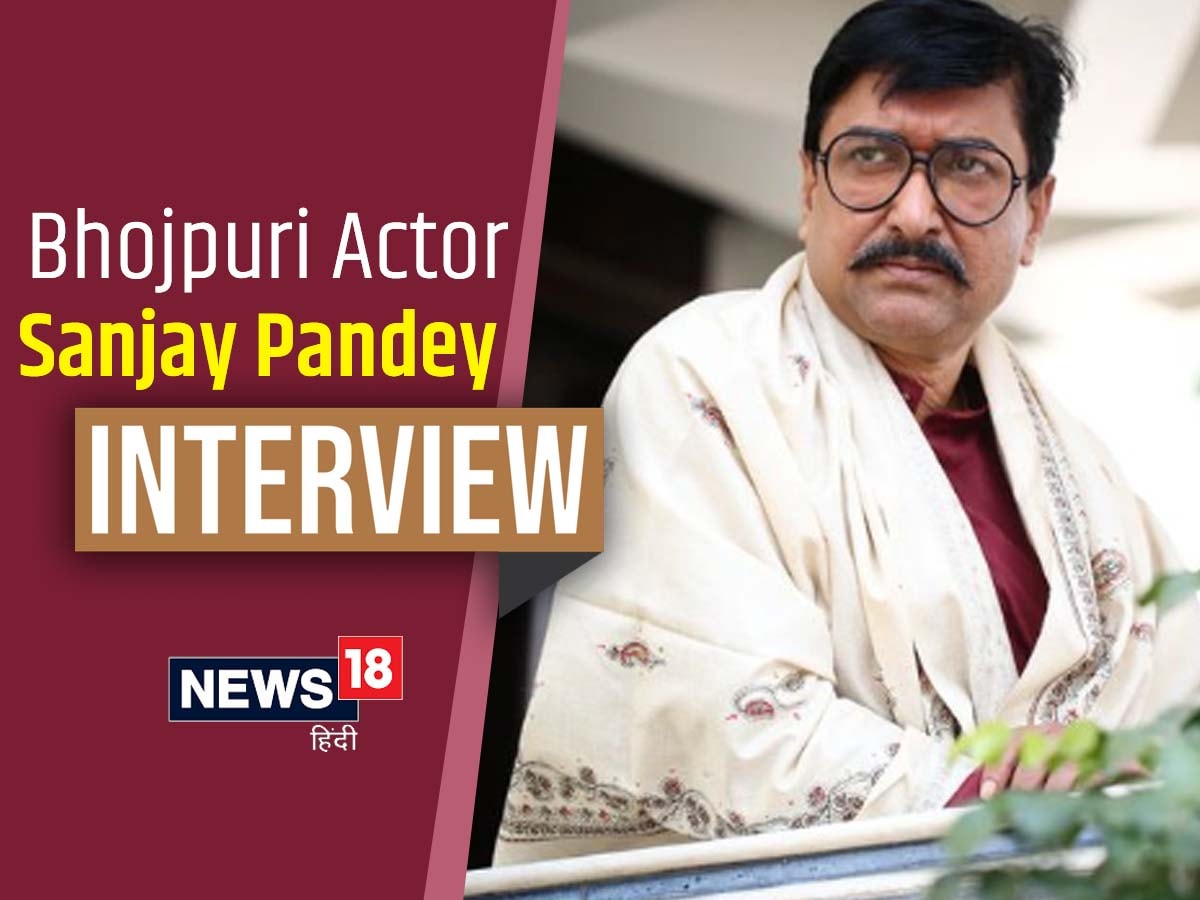 Famous actor of Bhojpuri cinema Sanjay Pandey is known for his excellent performance. Today he is not interested in any identity in the cinema world. He has worked in everything from TV to films. In real life, he is as simple and simple as he is portrayed as a dangerous villain on screen. Today he may be a star actor but traveling from Azamgarh to Mumbai was not easy for him. Behind this was his hard work and family support, due to which today people know him from house to house. In such a situation, let us tell you about his special conversation with News18 Hindi (Sanjay Pandey Interesting facts), what he said…

Actor Sanjay Pandey, who hails from Azamgarh in Uttar Pradesh, while talking about his journey to Mumbai said, ‘Father was in my defence. I was born in Azamgarh, but I regained my senses in Katni city of Madhya Pradesh, where my father was posted. I did both college and theater from there. If told, MP resides in my heart. When I grew up I felt that if you want to become an actor then you have to go to Mumbai.

Describing about his struggles, Sanjay Pandey further said, ‘I did not have a situation like sleeping on the streets, nor have I slept on the platform. It happens when we don’t go after preparing for it and I went with all the planning. My father used to send me money. Because I wanted to be an actor. I had gone by telling my family members that if you people do not support then I will not be able to become an actor. My family members supported. When I got married, my wife supported me.

2500 was the first earning – Sanjay Pandey

Talking about his first income, Sanjay Pandey said, ‘It was not my first film. My first TV serial was named ‘Antaral’ and the main lead actor was Ompuri ji. I worked in it for the first time and I got 2000 rupees for a day here. Along with, 500 rupees was given as a conveyance, so a total of 2500 rupees was my first earning. When I got a check of two thousand, I was very happy and I offered it at the feet of God. The aarti of that check was also taken down. I have kept the photo copy of that check till now. I am talking about the year 2000 and at that time I was quite shocked to see two thousand rupees a day.

Regarding handling stardom, Sanjay Pandey said, ‘When there is a lack of roots, it becomes very difficult to handle stardom. It is said that if your wall is unpaved, it will fall even with a light rain. Our walls are strong. We have come from the theatre. We have been given that sacrament. We have planted a broom on the stage. We carried the burden. We have come with a lot of hard work, so we think that we should bow down before what we are getting. Today’s generations get it a little early, so they do not appreciate it.

What did Sanjay Pandey say about Nirhua and their friendship?

19 years have passed since the friendship of Sanjay Pandey and Nirahua and their friendship is like Jai-Veeru in the industry. In such a situation, regarding his friendship, the actor said, ‘Dinesh ji is a very positive person. Negative thoughts do not enter his mind far and wide. I have seen very few positive people in my life. Dinesh lives far away from the spoons in Bhojpuri, that’s why I was able to get close to him because there is no wall of spoons between him and me. Our thoughts meet.’

Talking about the specialty of Nirahua (Dinesh lal yadav Nirahua), Sanjay said, ‘Nirhua is the only actor of Bhojpuri, who has earned from where he has earned. He is running the production house ‘Nirhua Entertainment’, under whose banner he made big budget films like ‘Border’. Its budget was only three crores. He may have also suffered a loss in this, but if he did not stop making films, then he is such a person, who is giving it wherever he is earning from. There has never been a desire to take them, they have always been giving to people. He has helped so many people that he never says that I have helped Fala.