Pineapple fruit is special and different too. Imagine seeing it, it would seem that someone has put a crown on its head. If eaten, its sour-sweet and juicy taste will be different, which is rarely found in any fruit. Some of the nutrients found in it are not found in any other fruit. This fruit, which is considered anonymous, has been ‘searched’ and extracted. Initially, its reach has been limited to the royals. By the way, it has been said that thousands of years ago it was grown and eaten in India.

Columbus discovered it in Brazil in the year 1493.

Modern research says that the center of origin of the pineapple is a subdivision of Brazil-Paraguay. When it was discovered in Brazil in 1493 by the sailor and explorer Christopher Columbus, pineapple was a popular fruit there and local tribes cultivated it in large numbers. This meant that it was being grown in the rain forests there for years. Columbus first brought this fruit to Spain. He first presented it in the royal court. The then Empress Isabel found its taste very wonderful and she planted innumerable pineapple plants. During that time pineapple had become a regular breakfast fruit of the royal family.

Once considered a VIP fruit

It was only in that time period that it got the name (PineApple) which is known all over the world today. It resembled a pinecone in appearance and closely resembled an apple in taste.
Gone. Since then its name has become PineApple. After that this fruit moved towards North and Central America. From there it reached India by Portuguese merchants till 1550. He brought its seeds to India by visiting Indonesian islands. By the end of the 16th century, cultivation of this fruit had spread to most of the world’s tropical regions, including some islands in the South Pacific. Today the major modern producers of pineapples include the countries of Costa Rica, Brazil, China, India and Thailand. In the 17th century, pineapple was considered a luxury fruit in some countries. But later its cultivation improved and its yield continued to increase.

It is also mentioned in Maurya and Gupta period.

The special thing is that pineapple reached Australia from India. It is said that in the 1800s the missionaries of Australia took it from India to their country and it took hold there. By the way, questions have been raised on the western theory regarding the origin of pineapple. It is also said that before growing in Brazil, pineapple was being grown and eaten in India. Indian author KC Srivastava in his book “Ancient India: History and Culture” writes that pineapple was grown and consumed during the Maurya period (322 to 185 BCE) and the Gupta Empire (320 to 550 CE). In that period Mongolian migrants brought it to India by sea. It is also said that before growing in Brazil, pineapple was being grown and eaten in India.

By the way, there is no description of pineapple in the ancient text ‘Charakasamhita’ of India, written 700-800 BC. It is possible that after that it has come in the Maurya period.

Apart from the fruit, there is also a medicine. Pineapple

Pineapple is different in terms of properties. There are some nutrients in it, which are found in very few fruits. Such elements prove to be very useful in some diseases. for its wonderful properties
Well-known Ayurvedacharya and yoga guru Acharya Balkrishna considers pineapple as a fruit as well as a medicine. He says that diseases can be driven away by the consumption of pineapple. Pineapple can be beneficial in leprosy including indigestion, stomach worms, fever, jaundice. He also says that pineapple is a fruit beneficial in increasing appetite, energizing, blood-bile disorder. It reduces fever, benefits in the problem of low urine. Also, it removes gas, pain, acidity and physical weakness of the stomach. 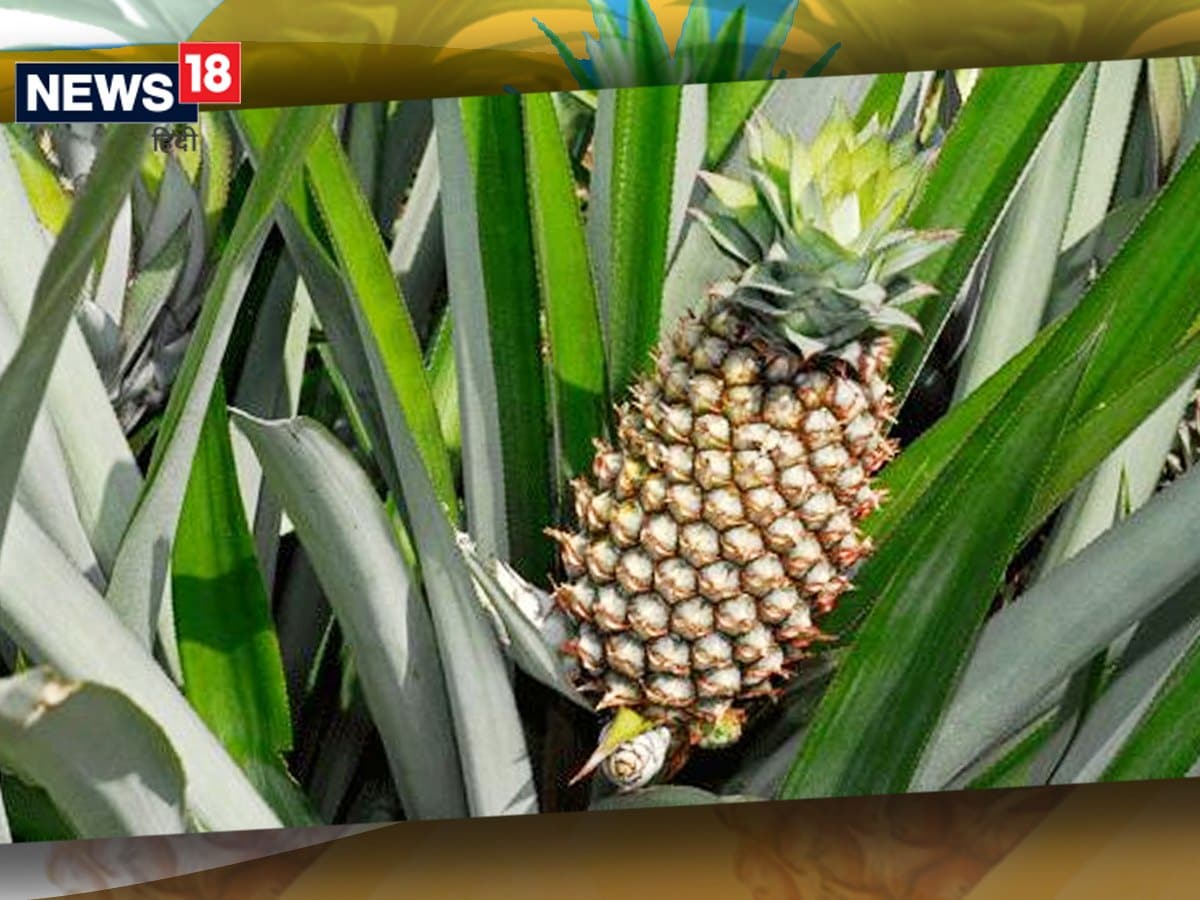 Pineapple can be beneficial in leprosy including indigestion, stomach worms, fever, jaundice.

Some people may be allergic

Food experts also say that pineapples contain appropriate levels of a naturally occurring enzyme called bromelain, which heals burns, wounds and other injuries and inflammations and restores the skin to its original form. It is rich in fiber, which aids in digestion. It also contains a rare element called beta-carotene, which is beneficial for asthma patients. Blood pressure can be controlled by the amount of potassium found in it. Pineapple juice is considered very good for the strength of bones. It is very beneficial for the eyes. Consumption of its juice gives relief from body stones. By the way, some people are allergic to eating pineapple and may feel swollen, sore throat on the lips. Diabetics should not consume too much of it. Bromelain found in pineapple has a negative effect in some medicines, so a doctor’s advice should be taken.