This exotic fruit has all the qualities to keep the body healthy and fit.

The cultivation of dragon fruit started in India 30 years ago.

Swad Ka Safarnama: One benefit of globalization has also been that India is getting to eat new and different types of fruits. These include avocado, kiwi etc. Dragon fruit has also been included in these. This exotic fruit has all the qualities to keep the body healthy and fit. The special thing is that Prime Minister Narendra Modi has also appreciated this fruit. This fruit is now being grown in many states of India. The shelf life of this fruit in India is very short.

The Prime Minister praised this fruit because

Dragon fruit has many names in different countries. When it came to India, it was called this fruit. But later, looking at its shape or texture, it has now come to be known as Kamalam as well. Actually it is produced in vine, but that vine looks like aloe vera instead of being flexible. It is a rich pulpy fruit, whose color is red or white. Its flowers are white, which have a strong fragrance. These flowers bloom in the night and fall like the queen of the night till morning. Its strong vine gives fruits for about 25 years. The time period for giving fruits also lasts for about five-six months. Despite being so beneficial, vine does not require much maintenance and vine does not require much water to flourish.

Seeing these characteristics, Prime Minister Narendra Modi had mentioned dragon fruit in his ‘Mann Ki Baat’ program in July 2020 and wished the farmers cultivating it in the arid Kutch region of Gujarat. The PM had hoped that India would soon become self-sufficient in its cultivation. It is not only eaten like a fruit, but it is also used in salads, jams, jellies and shakes.

Run from America, shadow around the world

Dragon fruit is not a very ancient fruit. It is believed that it flourished in South America in the 18th century. It is called the local fruit there. After that it was also grown in Malaysia, Thailand, Philippines, and Vietnam. Seeing the tremendous qualities and commercial benefits, it is also being grown in Pattaya, Queensland, Western Australia and New South Wales. Dragon fruit was grown in India about 30 years ago i.e. in the 1990s. This lively fruit started growing in many parts of the country. In the initial phase, it was decorated on the fruit table of various functions, later gradually it became ‘in the mouth’ of the people.

Due to less maintenance and more profit in the cultivation of this fruit, the farmers of India were attracted towards it. Secondly, the state governments also helped the farmers on its cultivation. The result of this is that this fruit is being grown in Maharashtra, Karnataka, Andhra Pradesh, West Bengal, Telangana, Tamil Nadu, Odisha, Gujarat, north-eastern states and also in Andaman-Nicobar Island. According to the Indian Ministry of Commerce, now dragon fruit is also being exported to some countries, including UK, Dubai, Bahrain etc. 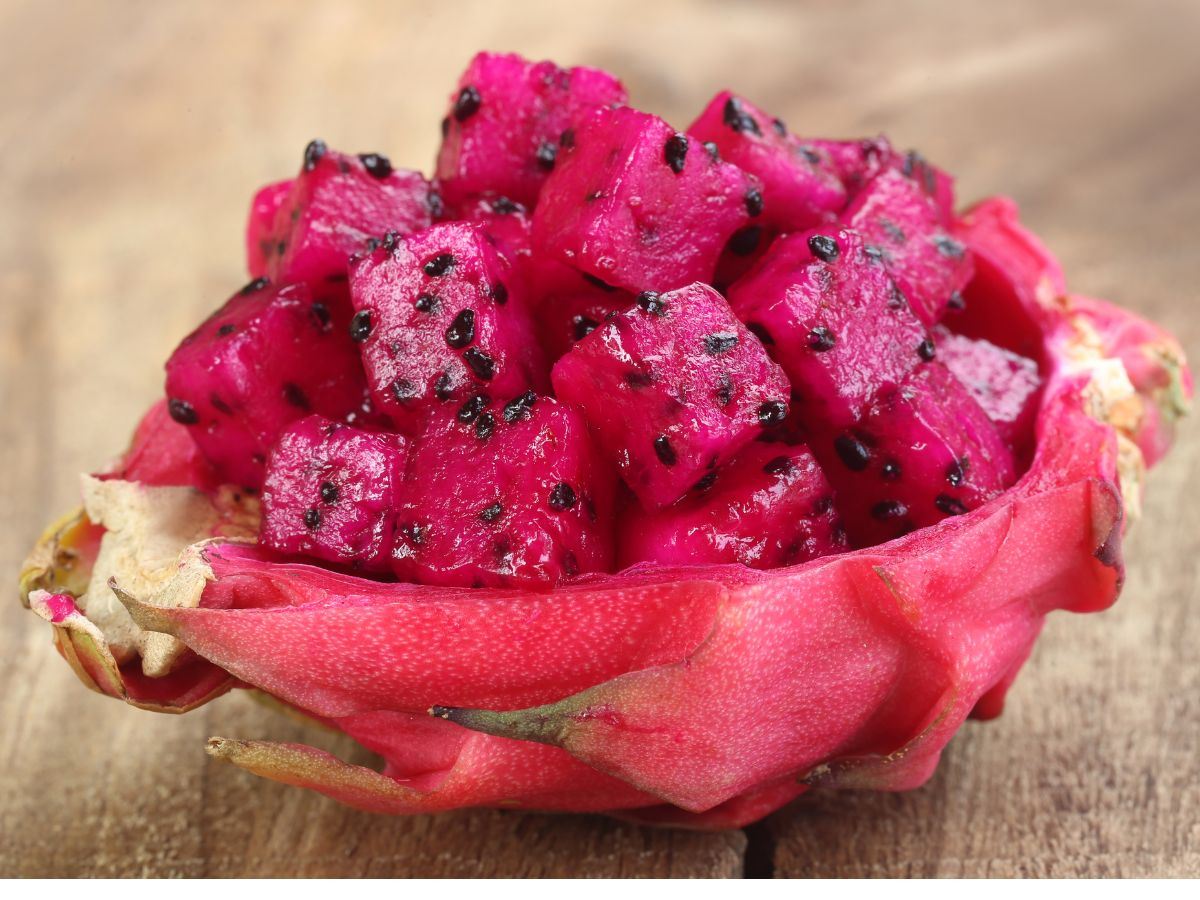 If you are troubled by the chronic pain of arthritis, then dragon fruit will provide relief. Image-Canva

According to food expert and nutrition consultant Nilanjana Singh, this fruit has all the properties to keep the body healthy and fit. It provides the body with disease-fighting antioxidants. Sugar and calories are less in it, due to which weight can be controlled by its consumption. It is also rich in fiber which increases metabolism, which means obesity will stay away. It also prevents anemia in the body. If you are troubled by the chronic pain of arthritis, then this fruit will provide relief. It also acts as a pain reliever and helps in getting rid of swelling.

Eating too much can cause allergies

According to Neelanjana Singh, Vitamin C present in this fruit makes the skin shiny. It also prevents wrinkles and keeps the signs of age away for a long time. Its intake keeps the blood sugar level normal. This fruit is becoming popular worldwide because it is believed that its consumption reduces the risk of stroke and heart attack. Its seeds contain omega-3 and omega-6 fatty acids which are helpful in keeping the heart fit. There is no problem in the normal diet of dragon fruit, but eating it in excess can sometimes cause allergies. Due to this, there may be soreness or burning sensation in the lips, tongue and throat.