Groundnut belongs to the legume or pea family rather than nuts.

Peanut husks have also been used to make manure.

Swad Ka Safarnama: It is said that people who do not have the financial status to eat almonds, they can enjoy the pleasure and strength of dry fruits by eating peanuts. Indeed, this is the specialty of this diet. It is full of energy and the special elements found in it prevent bad cholesterol. Peanuts also increase memory power. It is also considered a strong source of protein. It has been grown and eaten for thousands of years. It is foreign, but Indians eat it a lot.

Nuts are considered to be peanuts

Peanuts are considered to be common man’s dry fruits, but in reality it is not of walnut or almond species. It is from the legume or pea family, not nuts. It does not grow on trees like dry fruits, but grows and grows inside the ground. But in qualities it is not less than dry fruits in any way. In ancient times, groundnut has also been associated with supernatural life. It is said that during the Inca Civilization in Peru, the continent of South America, peanut-filled jars were also buried with mummies, so that the dead souls could take energy from there. Years ago, tribal people in central Brazil used to prepare ‘nectar’ drink by grinding groundnuts with corn, so that they could keep energy for a long time.

Peanut peel is also useful and manure is made from it. Image-Canva

The special thing is that since the time groundnut is being grown, it has been considered as an economic crop. Peanut peel has also been useful. It is used for fire, its compost is made and it is also used for packing material.

Also read: Travel of taste: Lentil lentils to cure high cholesterol, anemia, these pulses have been included in food for thousands of years

Peanuts are believed to have originated in South America in 1500 BC. It is believed to be a native of this place. Food historians say that it first arose on this island in either Peru or Brazil. Indian-American botanist Sushma Naithani has also considered the Brazilian-Paraguay epicenter as the original origin of groundnut. They say that cashew was also born in this center. The Agricultural and Processed Food Products Export Development Authority (APEDA) of the Government of India also believes that groundnut was first cultivated and cultivated in the valleys of Paraguay.

It is said that the Spanish brought it to India in the seventeenth century. It was first cultivated in India in the coastal areas of Tamil Nadu and Andhra Pradesh. According to the National Peanut Board of America, now India is second in the production of groundnut in the whole world. China comes at number one. Apart from this, groundnut is grown on a large scale in Nigeria, Sudan, Burma, Argentina, Australia and Senegal.

Fats and proteins make it a special diet

According to modern information, if we talk about nutritional elements, then 100 grams of peanuts contain calories 567, protein 25.8 grams, total fat (fat) 49.2 grams, carbohydrate 16.1 grams, fiber 8.5 grams. These properties are so strong that after eating peanuts, there is a feeling of energy immediately. Calorie and protein keep the body full of energy for a long time. The niacin (special vitamin) found in it not only keeps the brain functioning cool, but also increases memory power. According to Balkrishna, a Yogi and Ayurvedacharya, who does continuous research on fruits, vegetables and herbs, groundnut is beneficial in diseases like skin disorders, kidney and cold-cough. It is also very effective in loose motion. People who are suffering from diabetes, they should eat roti made from wheat flour and groundnut flour, it is beneficial.

Also read: Taste Ka Journey: From Shri Krishna’s ‘Leelas’ to Panchamrit, there is a connection of curd, know interesting things related to it

Food expert and yoga guru Rama Gupta says that the consumption of peanuts can reduce bed cholesterol. The resveratrol (antioxidant and anti-inflammatory properties) found in it protects the arteries of the heart from inflammation. This quality is also helpful in protecting the heart from diseases. If it is eaten in breakfast, then energy will be generated due to the abundance of calories, after that the feeling of hunger will also be less. It also brings satisfaction. The benefit of this will ultimately be that the weight will not increase. But it has to be kept in mind that some fat is too much in it. 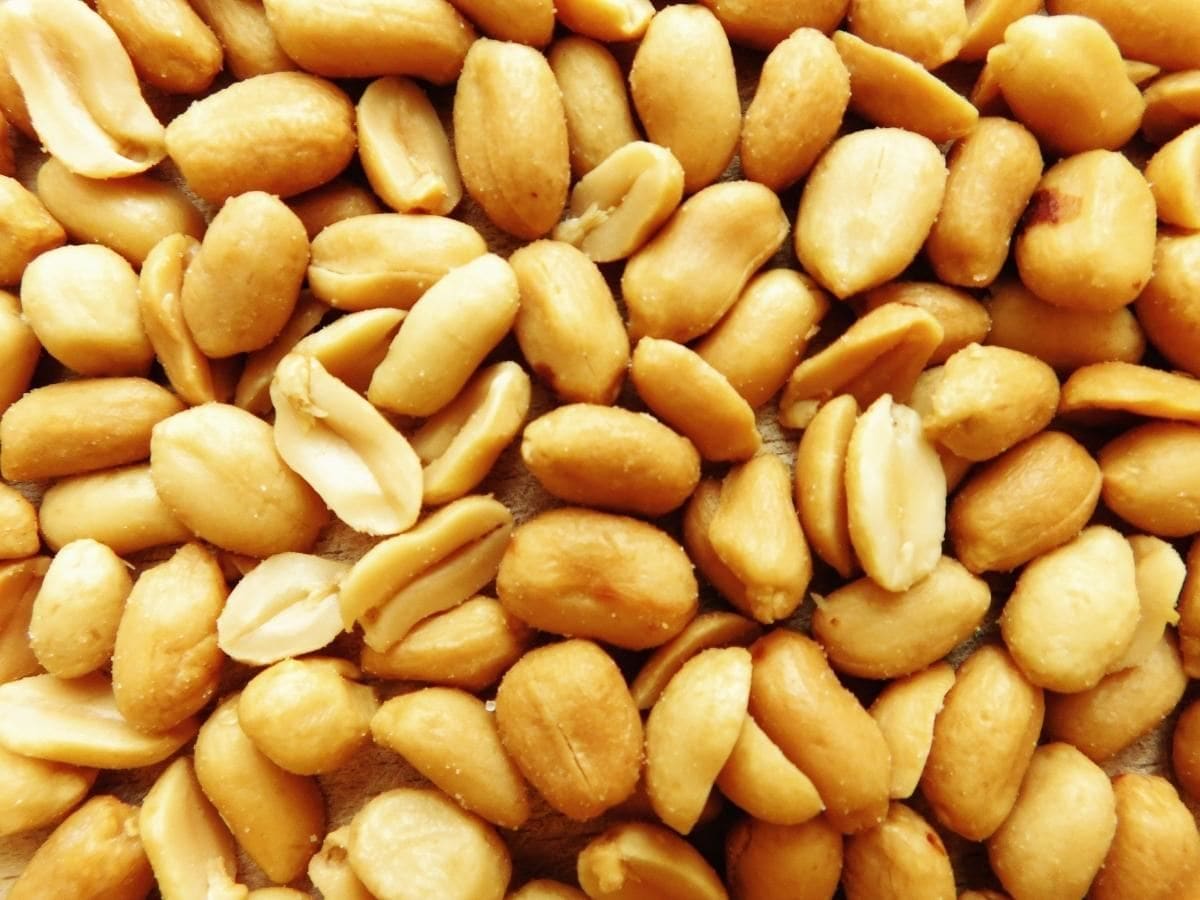 Avoid eating peanuts in excess, otherwise it will increase the risk of allergies. Image-Canva

If you keep eating peanuts more and more continuously during the day, then there will be a possibility of gaining weight. It also contains an amino acid called tryptophan. It is attached to the protein. Although the ‘fun’ of peeling peanuts and then eating is different, but this acid makes the mood positive and also keeps away from depression. Since it also contains a sufficient amount of oil, which promotes hair growth. Avoid overeating it, otherwise it will increase the risk of allergies. There is an excess of fat in it, so eat it in a balanced way, otherwise this peanut will start getting heavy on the heart. If you eat it with salad then you will get more benefits.