Urad dal is also important in astrology and tantra.

70 percent of the world’s urad dal is grown in India.

Swad Ka Safarnama: Urad is one of the major pulses of India. It is considered a very ‘powerful’ pulse (pulses crop). The special thing is that it transmits power in men and reduces the weakness of women. The qualities and nutrients in this pulse are not found in any pulse of the country. Urad is also useful in astrology and tantra-science.

If you eat lentils and makhani in any restaurant or hotel, then it is made with urad dal only. The reason for this is that the power of butter and the ‘power’ of urad add life to this dish. In Punjabi, it is called ‘Mah di Dal’ because in Sanskrit its name is Masha, which deteriorated to a month. Traditionally it is used for soups, stews, in addition to curries and lentils. Its specialty is that it will make any dish thick and juicy, so people who have more dryness or dryness in the body, it is advised to eat urad. This pulse is grown and eaten all over the world, but the Indian share of this pulse in the world’s production is 70 percent.

Also read: Taste Ka Journama: In this country, eating green coriander was believed to be ‘immortal’, you will be surprised to know interesting things related to medicinal plants

Its use in astrology and tantra science too!

Surprisingly, urad dal is used in astrology and tantra science. In Atharvaveda, urad has been described as an essential ingredient in some verses related to tantra-mantra. If you ask the astrologer about the remedy to remove the obstacles, then there will definitely be mention of urad in it. Mustard oil, urad etc. are considered necessary to overcome the troubles of Saturn. The glory of urad is also mentioned for rectifying Pitra Dosh. Astrologers give opinion on various trouble-diagnosis that those who want to start a shop or new work, they should scatter urad all around. If money does not last, then on Saturday, make pakodas of black urad dal and feed them to black dogs. By making 101 small tablets of urad dal and feeding the fishes, Lakshmi resides in the house. Even the hindrance in marriage, rift between husband and wife, remedies related to urad have been told to improve the lads.

By making 101 small tablets of urad dal and feeding the fishes, Lakshmi resides in the house.

Many evidences of its first cultivation in India

It is believed that urad first grew on its own (wild-form), then its cultivation was started. Evidence suggests that it was first grown in India. It was grown in the country from several centuries BC. Indian American botanist Sushma Naithani has declared the origin center of urad as the Indo-Burma epicenter, which includes present-day Assam and Myanmar in India. One side also says that the cultivation of urad started in 2200 BC in South India and Maharashtra, but there is no confirmed evidence for this. The special thing is that in the chapter ‘Shamidhanyavarga:’ of the Ayurvedic text ‘Charakasamhita’ of India, written in the seventh-eighth century BC, the description of urad has been explained in detail. 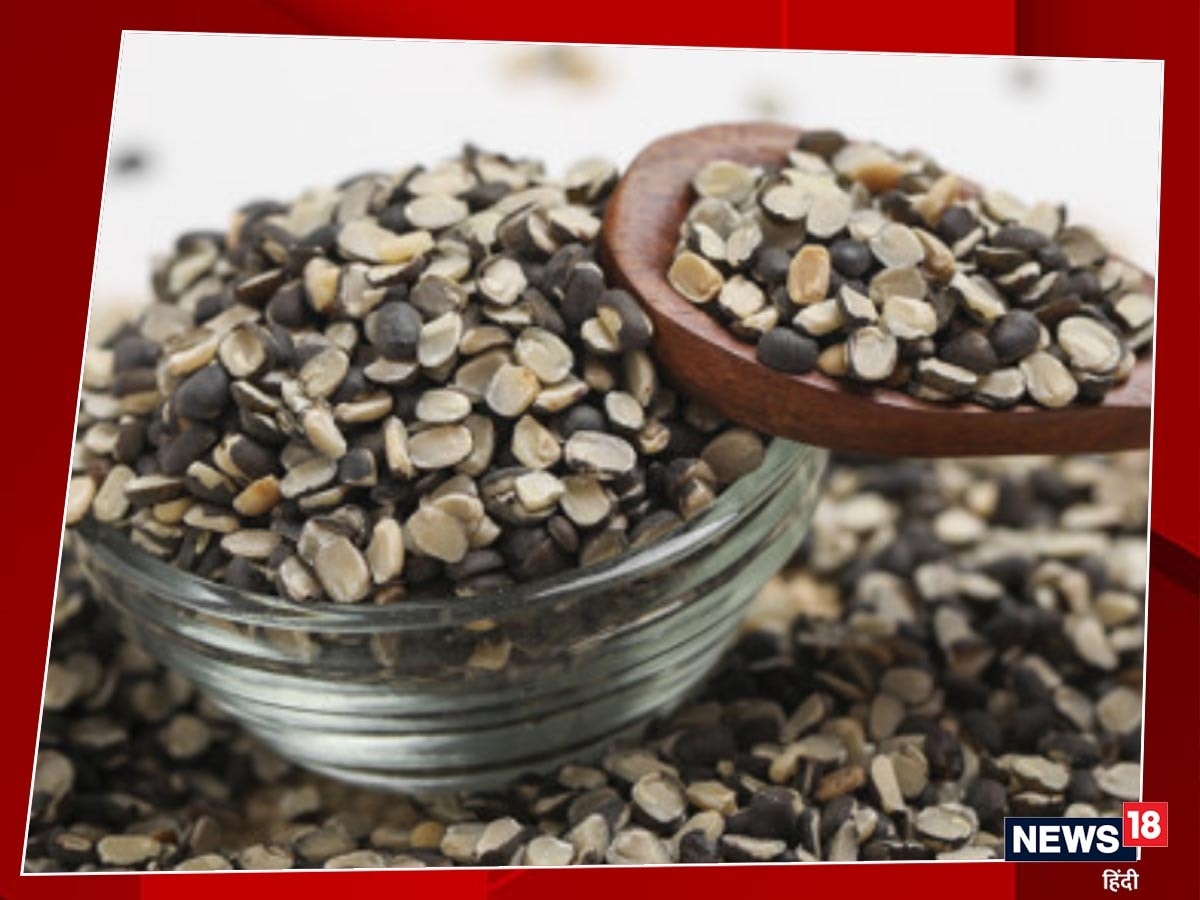 Many species of urad have been counted in the ancient Nighantu texts written on medicinal plants.

Kautilya’s ‘Arthashastra’, written in the 4th century BC, suggests the cultivation of urad. Apart from this, many species of urad have been counted in the ancient Nighantu texts written on medicinal plants. Originating from India, urad spread to African, European, American and other Asian countries.

There is a store of ‘power is strength’ in this pulse

There is a wonderful description of urad in ‘Charakasamhita’. It has been described as excellent, aphrodisiac, aliphatic, sweet and powerful, as well as increasing the masculinity, it has also been called an increase of male potency. In other texts Sushrutasamhita also Urad has been declared as ‘powerful’.

Helpful in removing the weakness of women

Food experts also believe that urad dal gives special benefits for women as well. Since it is rich in iron and protein, this pulse prevents weakness during periods and eliminates the fear of anemia. It is also considered effective for the diagnosis of amenorrhea and PCOS (problems associated with periods). Urad is also considered powerful because it makes the muscles strong. It is also rich in soluble and insoluble fiber, so it also keeps the digestive system healthy. 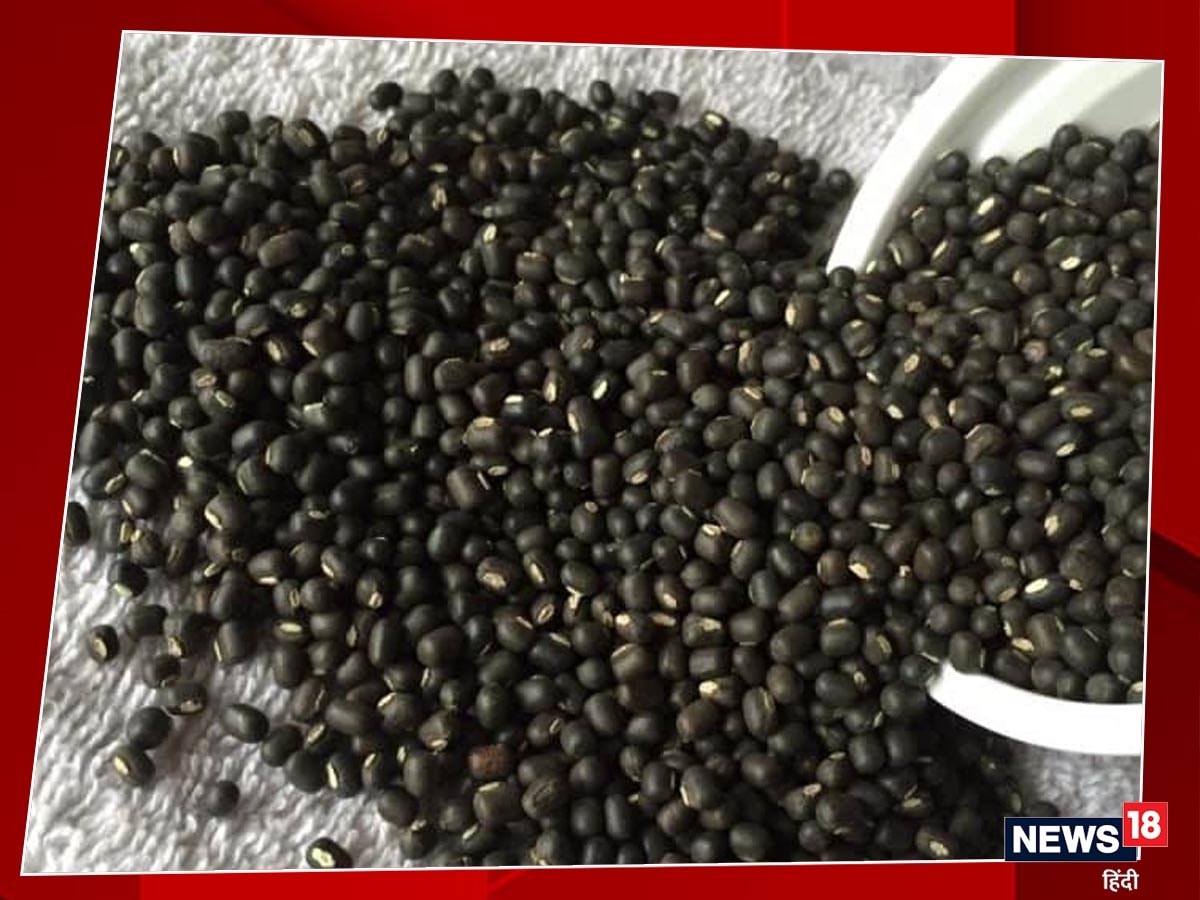 The specialty of its nutrients is that they also help in increasing red blood cells (RBC), due to which the amount of oxygen in the body remains adequate. The potassium present in it keeps the heart healthy. Sugar patients can also control the level of glucose by using it. It also keeps hair nourished and strong because it contains proteins, fatty acids and iron.

Some nutrients like calcium, phosphorus, potassium, magnesium and iron found in this lentils help in keeping bones strong. It also increases the flow of urine, which removes more toxic substances from the body through the kidneys. The iron found in it increases the glow of the skin. If desi ghee and asafoetida are added while making it, then gas does not form in the stomach. Due to more nutrients, eating urad dal daily should be avoided. Its excessive consumption can increase uric acid in the body. Due to this, the risk of stones in the body increases. Its excessive consumption can also increase obesity. If there is a problem like eczema or itching in the skin, then it should be consumed less.