The origin centers of masoor dal are different.

There are two types of lentils, with peel and without peel.

The body easily digests this pulse.

Masoor Dal Benefits and History: India is very ahead in terms of production and consumption of pulses. The reason for this is that a large population here is vegetarian. For the body to get nutritious food, it needs such a diet, in which there is a lot. Indian pulses are helpful in this category. Among them, lentils are also the best. It prevents cholesterol and also reduces the risk of anemia. It is considered to be the cheapest among pulses, but is not less than anyone in properties. Thousands of years ago it had grown on the earth. Its origin centers are also different.

There are two types of lentils. If the skin is included then it is called black lentil and when the peel is removed it is called red lentil or red lentil. There is no such thing as dislike with this dal i.e. rich-poor, farmer-urban, everyone likes this dal. Its cost is less than other pulses and its specialty is that it gets cooked very quickly. Add salt and pepper and boil it, it will be cooked in a single steam. Add tempering from above. The taste will be excellent and it will also be called nutritious. Cook it with non-veg, even then the taste emerges. This lentil is used in lentils and meat. It is said that it cools down the heat of the meat and also makes its taste different.

The cost of masoor dal is less than other pulses and its specialty is that it gets cooked very quickly.

Talking about some research reports and books related to the history of food, the history of lentils is very ancient. According to the American Research Center International Center for Agricultural Research in Arid Regions (ICARDA), lentils first arose in the Fertile Crescent Region (mid-feast region) about 12,000 years ago. This vast region which includes modern Iraq, Syria, Lebanon, Palestine, Israel, Jordan, Turkey and northern Egypt etc. Then between 5000 and 4000 BC lentil cultivation moved eastwards to Georgia and finally reached Indian territory around 2000 BC. According to the research centre, archaeological evidence suggests that Indians have enjoyed lentil-based cuisine since the early Harappan period, which began around 2800 BCE with the establishment of the first urban centres. South Indian author Katie Achaya in her book ‘Everyday Indian Processed Foods’ informs that lentils have been eaten in India for thousands of years and were considered more nutritious than non-vegetarian food. Lentils first arose around 12,000 years ago in the Fertile Crescent region.

According to Ayurveda, it is beneficial in Pitta and Kapha

Another American-Indian botanist Sushma Naithani Has considered two origin centers of lentils. The first center they have also considered fertile crescent terrain and the second center includes the Center Asiatic Center, which includes India, Afghanistan, Tajikistan and Uzbekistan. The special thing is that there is a description of this pulse in the Indian Ayurveda text ‘Charakasamhita’ taken in the seventh-eighth century BC. In the book, it has been called ‘lentil’ and information has been given that this lentil is cold, sweet and produces dryness. Its juice is beneficial in the dosha of pitta-kapha. The text also says that lentils are easily digested by the body. 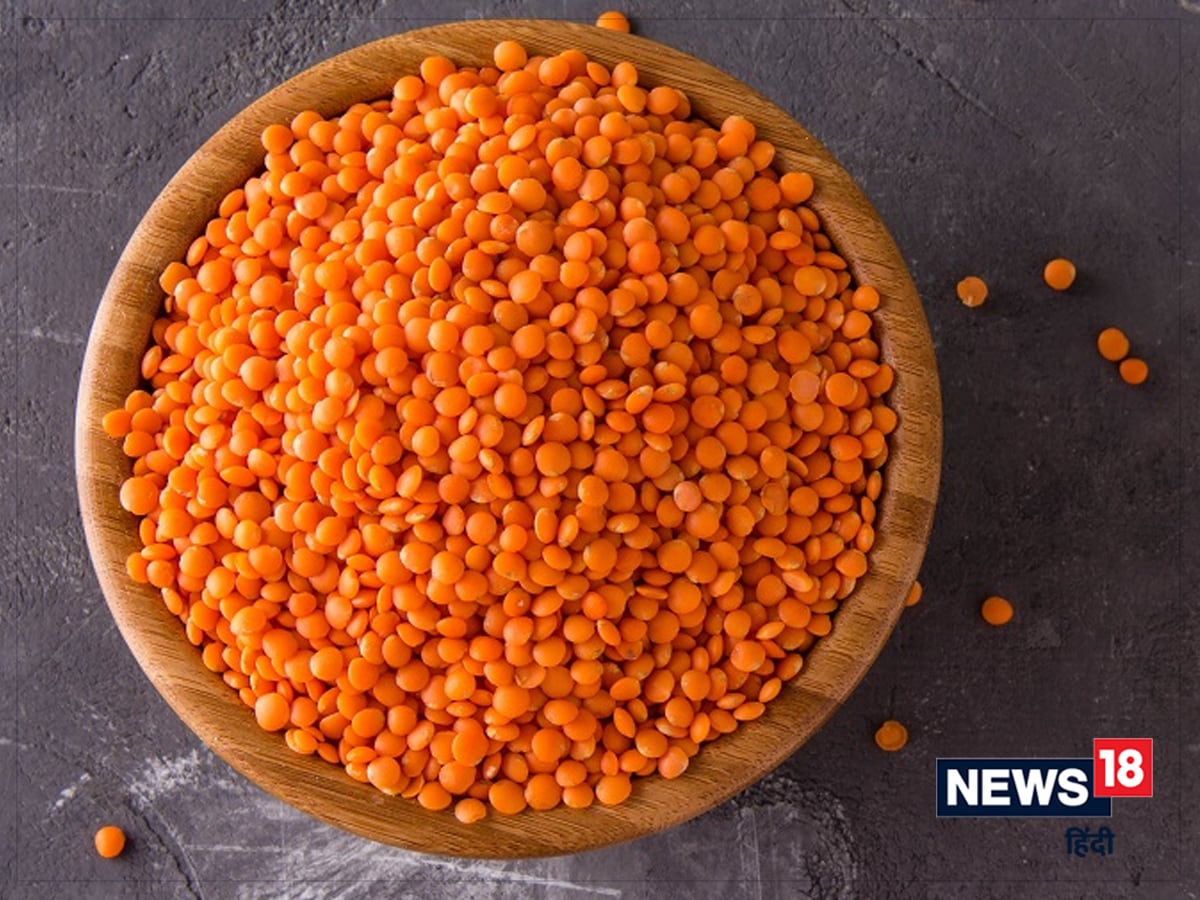 This pulse is described in the Indian Ayurveda text ‘Charakasamhita’ taken in the seventh-eighth century BC.

Read also: Taste Ka Safarnama: The name of ‘Sitaphal’ is related to Ramayana period, you will be surprised to know interesting things about Sharifa

Lentils are rich in protein, fiber and minerals

On the other hand, according to the latest information, 100 grams of lentils contain 20 grams of carbohydrates, 8 grams of fiber, 9 grams of protein besides iron, calcium, magnesium and other nutrients. well-known Dietician Anita Lamba According to this, there is a sufficient amount of fiber and minerals in this lentil, which is considered good for keeping the heart fit. This fiber can help reduce cholesterol levels. Folate (a chemical to repair damaged red blood cells) is also found in this lentil. Due to this, red cells also increase, due to which the risk of anemia is reduced. This lentil also helps in reducing blood sugar. It also maintains the glow of the skin and slows down the aging system. It is also considered an antioxidant.

Prevents obesity, but if you eat more then you will get acidity

This lentil also contains carbohydrates, due to which the stomach feels full. Since, this lentil is also low in fat, so this lentil does not increase weight. The minerals found in it help in maintaining strong bones. Common diseases can be kept away if this pulse is consumed regularly. This lentil is also considered beneficial for the eyes. Do not consume too much lentils. If you soak it for some time before cooking, then there will be no problem of gas in the stomach. One of the problems of overeating can also be that this pulse starts producing acid in the body, so include it in the food normally.