In Greek mythology, bay leaves are related to Apollo, the god of love.

The use of bay leaves prevents respiratory diseases like asthma, asthma.

Indian bay leaves are also exported to many Asian countries.

Swad Ka Safarnama: The spices that bring a special smell and taste to the food include bay leaves. The fragrance of this dried leaf is like some flowers and some herbs. It spreads wonderful aroma when added to vegetarian and non-vegetarian food. Tejpatta also has medicinal properties and Ayurvedacharya considers it to be anti-fungal. It maintains the system related to the respiratory system. This spice, which originated from the Mediterranean region, is showing its fervor all over the world today. In some countries, bay leaf has also been an object of respect. There are legends about this as well.

In ancient Greece and Rome, bay leaf was also an object of respect.

Bay leaf is a wonderfully aromatic spice, but ironically it is thrown out after the food is ready. Despite this, it has already done its job of making the food tasty. In all the spicy dishes, especially non-veg or biryani, the taste emerges from the bay leaves. It is also used abroad in various dishes such as sauces, soups, stocks, sausages and stews. It also has other functions. If its fragrant oil is made, then bay leaves are also used for making perfume. Burning it also gets rid of insects and mites. Its description is also associated with many legends.

In ancient times, crowns of bay leaves were given to winners in war and sporting events in Greece and Rome. Image-Canva

It is believed that the Romans kept dried bay leaves under their pillows on St. Valentine’s Day. By doing this, they used to meet the future husband/wife in the dream. According to Greek mythology, bay leaves are also related to Apollo, the god of love there. In ancient times, crowns of bay leaves were given to winners in war and sporting events in Greece and Rome. The laurel tree was considered sacred in Greek civilization. During that time meditation and peace were invoked amidst its smoke by burning its leaves.

The history of bay leaves is thousands of years old. It is believed that its tree first grew in Asia Minor (the mountainous regions of Turkey) and the Mediterranean region (South Italy, Greece, Western Turkey, Syria, Western Israel, Algeria etc.). According to the Encyclopedia Britannica, bay leaves were used medicinally in the Middle Ages. Along with spices, it also had the status of a herb. Plants of this tree do not grow in cold climates. The weather should be favorable for its origin. Its spread also spread to other countries including France, Belgium, Russia, Central America, North America and India. It grows easily and easily in the South and North East states of India.

Indian bay leaves are exported to many Asian countries. In the medieval period, when the trend of eating meat increased in India, then the use of bay leaves increased a lot. Not only did its fame increase in hot spices, its use also increased due to medicinal properties. Ayurvedacharyas are convinced of its smell and properties.

Protects the body from fungus and bacteria

According to the US Department of Agriculture (USDA), one teaspoon of crushed bay leaves (about 1.8 g) has calories 6, fat 0.2 g, sodium 0.4 g, carbohydrate 1.4 g, fiber 0.5 g, protein 0.1 g, iron 0.8 mg Apart from magnesium 2.2 mg, other minerals and vitamins are also found. According to yoga guru and Ayurvedacharya Shri Balkrishna, there are many such elements in bay leaves, due to which it is used as medicine in Ayurveda. It contains copper, potassium, calcium, magnesium, selenium and iron. Due to these elements, it has antifungal, anti-inflammatory (anti-inflammatory), antibacterial (antibacterial) properties. 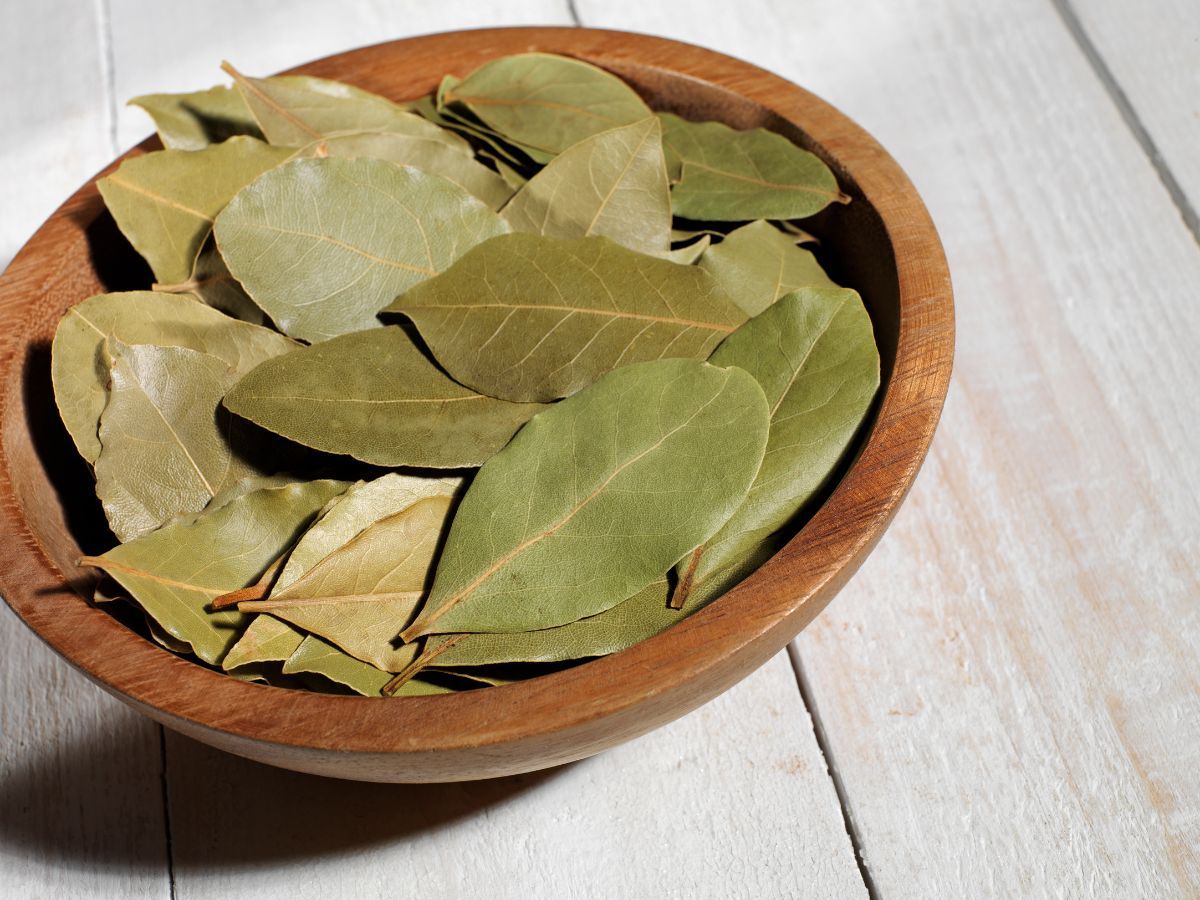 Teeth and gums become strong by rubbing it by making powder of bay leaves. Image-Canva

Bay leaves are mild, pungent, bitter, sweet, hot by nature. It is considered to be helpful in digestion, accelerating the brain, healthy for the stomach or stomach. Drinking its tea gives relief in cold and cold. Making its powder and rubbing it strengthens the teeth and gums.

Its use prevents respiratory diseases such as asthma, asthma and keeps the respiratory system healthy. One of its properties is that if it is tied on the wound, it will help in healing it. A research suggests that bay leaves can work against skin rashes. Its leaves can also help prevent wrinkles and relieve stress of the skin. If bay leaf oil is applied on the hair, it will not only prevent dandruff but also prevent hair fall. Its oil also works in migraine. Its regular consumption in the diet also gives relief from the problem of arthritis (joint pain). Grinding its leaves and applying it on the joints provides relief in pain. Its consumption also keeps the digestive system healthy and appetite also increases. If too much of bay leaves is not eaten, then it will not cause any side effects in the body. By the way, some people may complain of allergies due to its consumption. Such people should avoid its consumption.