It is said that life is dull without salt. Salt has an important role in human life. Man has been in contact with salt ever since he became human (civilised). Salt is glorified in every civilization. There is a description of salt (salts) in the religious texts of India, so in Ayurvedic texts, extensive information has been given about its merits and demerits. Of the six rasas (taste) that have been talked about, salt is also special. The ‘Salt Satyagraha’ also contributed to India’s independence.

When and where did the origin of salt, it is not worth considering. The reason for this is that since the origin of the ocean, there is unaccounted salt in it. There are salt lakes on the earth, so salt has been obtained from wells. Salt is also found from the mountains. There is a description of salt (salts) in India from the Vedic period.

Mention is found in religious texts

The physical, spiritual and religious utility of salt has also been given in religious texts. It is said in ‘Garuna Purana’ that by donating salt, there is no fear of Yama. In the ‘Varaha Purana’, the benefits of worshiping ‘Lavan-Dhenu’ have been told that by making a cow of salt and donating it with gold etc., a person gets ultimate happiness in this world, on death he gets heaven. In the ‘Matsya Purana’, information has been given about the worship of salt. In the Puranas, information has also been given about the hell called Lavana and it has been said that the creature who destroys the Vedas and scriptures is dissolved in this salt.

The physical, spiritual and religious utility of salt has also been given in religious texts.

In most ancient civilizations, salt is associated with religion and culture apart from taste. In these civilizations salt is also described as a symbol of alliance between God and man. One or two examples are enough for this. For example, on the eighth day of the birth of a child in Rome, salt was massaged on his body to keep him away from evil spirits. Greek worshipers used to anoint salt in their rituals, while Jewish worshipers also used salt in their offerings. The word salt is used 46 times in the Bible. At one place, Jesus advises people to be the ‘salt of the earth’ (to abstain from corrupt practices). Salt has been mentioned twice in Quran Sharif, where information about its taste has been given.

Also read: If it came from America, then why was it named Capsicum? Learn interesting things related to this ‘fruit’ full of qualities

Contribution of ‘salt’ in the independence of the country

Learn a little more about salt. In the six rasas (taste) discussed in chemistry and Ayurveda, salt is also prominent. Tax was imposed on salt during the Maurya period. In Kautilya’s Arthashastra this
Information about a post named ‘Lavanadhyaksha’ for collecting tax has been given. Before the British rule, there was no problem with salt, but the British took the salt business in their hands and imposed a tax on salt. People could not make salt. Against this, Mahatma Gandhi started the salt movement in 1930. People got the freedom to make salt. It was only after this that Gandhiji started the Civil Disobedience Movement, which played an important role in India’s independence. After the British imposed tax on salt in India, Mahatma Gandhi started the salt movement.

Salt is found in India in three ways, from the sea, from brackish lakes and from salt water wells. Another rock salt comes from the mountains. India ranks third in the production of salt. China is at number one and America is at number two. About 75 percent of the salt produced in the country comes from Gujarat. When India became independent in 1947, salt was imported from some countries for the country’s needs. Today, India is self-reliant on this issue, it exports to Korea, Japan, USE, Vietnam, Qatar, Indonesia, Malaysia.

Also read: The taste and history of tea is full of adventure, know what are its merits and demerits

Comprehensive information of merits and demerits in ‘Charakasamhita’

In the Ayurveda text ‘Charakasamhita’ written in the seventh-eighth century BC, detailed information has been given about the salt and there is a subtle description of the properties and demerits of its rasa (taste). In the chapter ‘Atreyabhadrakopyya’ of the book, salt is used for digestion of juices, which induces movement in the blood, creates interest in food, ignites stomach fire, is the enemy of all juices, phlegm, increases the poison of the body, for teeth. It is said to be harmful, choleretic and cause of baldness. 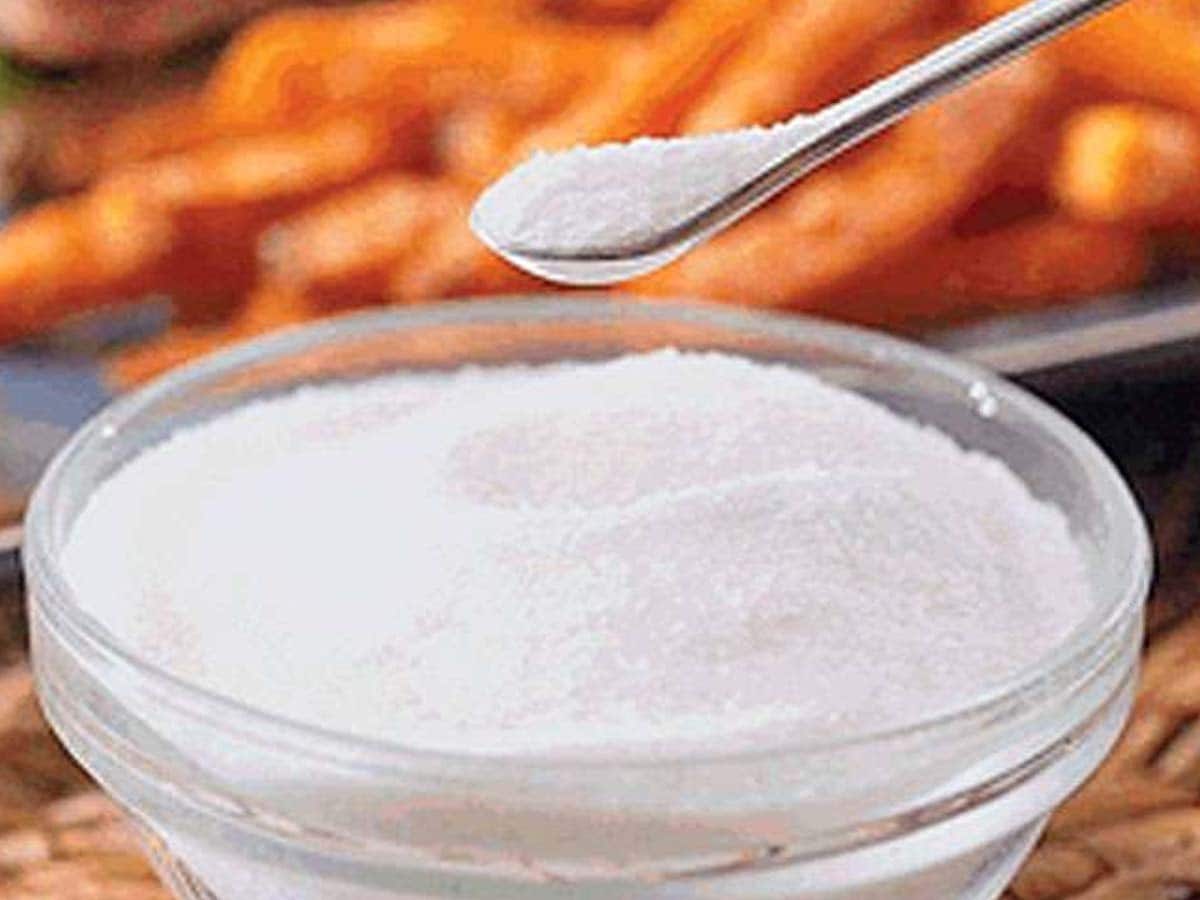 In ‘Charakasamhita’, detailed information about salt has been given and there is a subtle description of the merits and demerits of its rasa (taste).

You may be surprised that information about seven types of salt has been given in the ‘Aaharyogivarga’ of this book. In which Sandhav, Saunchal, Vidnamak, Kalanamak, Samudravana are prominent. Among these, the salt of Sandhav (Sandha) has been called the best. All these salts have been said to be beneficial for the eyes, hot, causing wetness in the body, digesting food and wind-killing.

According to Vaidyaraj Deenanath Upadhyay, former Dean of Mumbai University, life is dull without salt. Its biggest feature is that it adds flavor to the food. but consume more
is harmful. If possible, use rock salt in food, drink, food items. Minerals are in sufficient quantity in it, due to which risks like cough, skin diseases, arthritis and depression can be prevented. The digestive system remains fine.

Iron (iodine) is much less in rock as compared to normal white salt. Its deficiency can cause goiter disease. Its high amount can increase blood pressure just like other salt. According to Vaidyaraj, the amount of sodium in common salt is high. Due to which the immunity of the body increases. But its excessive consumption damages the bones and increases BP.