Songs from Hindi movies like ‘Paan Khaye Saiya Hamar’ and ‘Khaike Paan Banaras Wala’ to ‘Chali Aana Paan Ki Dukoon Par’ or ‘Main Hoon Paan Wali’ and many more show that paan has a deep connection in Indian life. . Look at the ancient texts of India or read the books of Ayurveda, the glory of paan is everywhere. Paan is also associated with the religion and culture of India. In fact, it is associated because it is full of qualities. Betel contains antioxidants, anti-inflammatory, anti-microbial and anti-diabetic elements. Paan also increases ‘love’ between men and women.

From Puranas to Sanskrit literature there is a lot of description

Apart from Hindu scriptures, Puranas, Stotras, Ayurvedic texts, there are countless accounts related to Tambul (Paan) in Sanskrit literature. It is also believed in Hinduism that different gods and goddesses reside in different parts of the betel leaf. Therefore, the presence of paan is essential in any worship-yagna or religious rituals. In the legends related to tantra-mantra in the country, betel has been described as helpful in attainment of accomplishment. Paan will play its role in whatever important karma of life or life-cycle like fame, dharma, opulence, detachment and liberation.

In the legends related to tantra-mantra in the country, betel has been described as helpful in attainment of accomplishment.

It is described in Skanda Purana that when the Gods and Asuras churned the ocean, Paan was also one of the celestial bodies that came out during that time. In the three chapters of Mahabharata, paan has been described in special context. The glory of betel leaves is described in detail in Bhagavata Purana and Vishnu Purana.

Also read: There was a ‘bloody conflict’ in three countries regarding nutmeg, you will be surprised to know interesting stories related to this spice

Paan has been described as valuable in the makeup and ‘love’ of life. In many legends and accounts of Sanskrit literature, betel has been described as an aphrodisiac between the beloved and the beloved. In the third century book ‘Kamasutra’ written by Vatsayana, it has been informed that there were paan shops around brothels where tents of different tastes and ‘rasa’ were available. The issue of paan is not limited to this. Poet Amir Khusro has written poems and mukriyas about the taste and beauty of betel leaves.

The poetry of Ritikaal is also a great description of this. The thirteenth century Indian poet Amir Khusrau wrote poems and mukriyas depicting the taste and beauty of betel leaves. Moreover, even today, Indian classical singers keep their voice melodious by eating betel leaves and protecting it from throat infection.

Also read: Mulberry rich in vitamin C, iron has a ‘treasure’ of properties, read, many interesting things related to this fruit

Dealers and scholars have given this information

These facts show that paan has been practiced in India for thousands of years. Despite this, it is said that paan is not the food of India. According to historical books, there is evidence of chewing betel leaves in the Philippines five thousand years ago. The teeth of the skeletons found during the excavation at the Duyong Cave site of Palawan Island were found to be stained. These were red in colour, which are born after eating betel leaves. Lime balls were also found in his grave. Nutritionist and food historian KT Acharya, born in South India in the year 1923, has claimed in his book ‘A Historical Dictionary of Indian Food’ that betel leaves are of Southeast Asian origin. 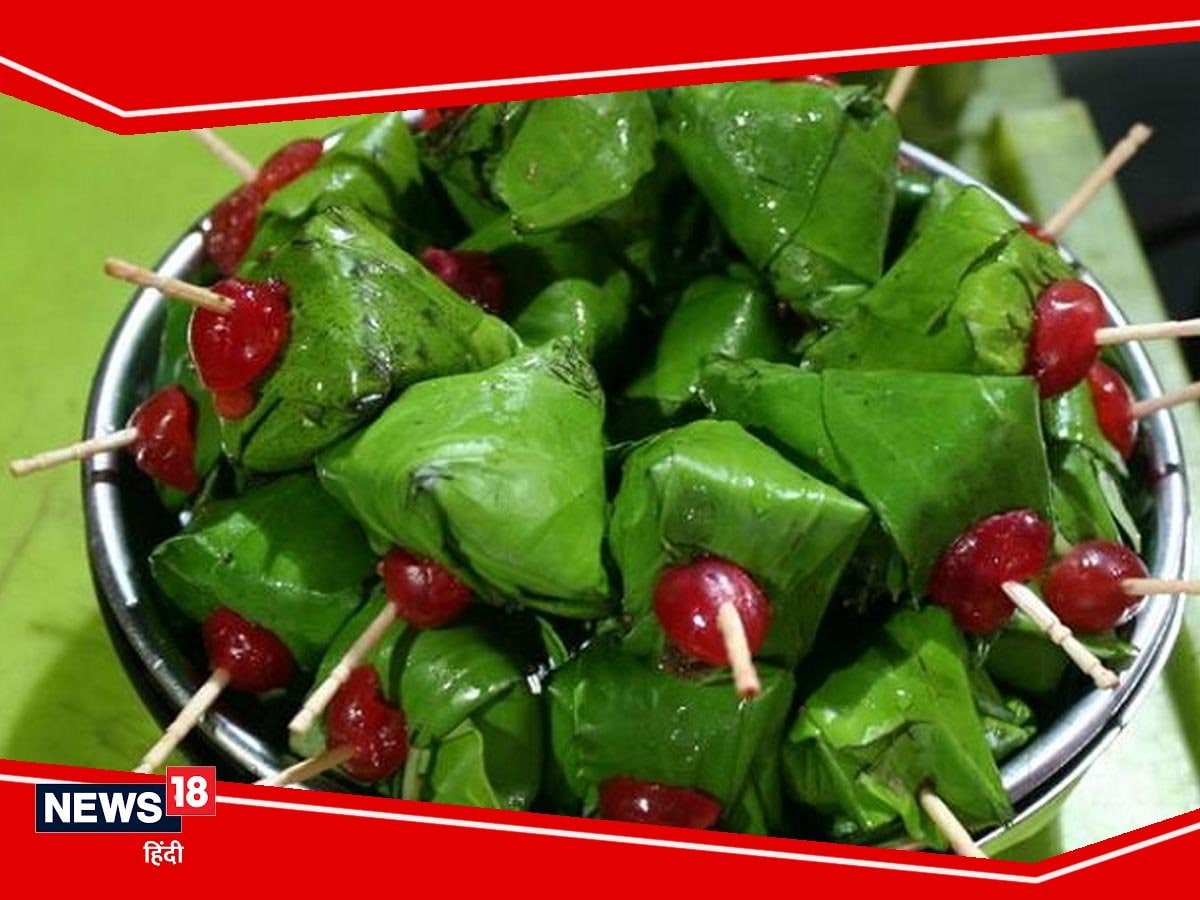 Paan has been practiced in India for thousands of years.

By the way, in 1292, the Italian merchant and explorer Marco Polo, who came to India while landing on the Coromandel Coast of South Indian, wrote that ‘although most people abstained from alcohol, many people were accustomed to chewing a leaf called tambur (paan), sometimes- Sometimes it was mixed with camphor and other spices. Apart from this, the Moroccan scholar Ibn Battuta, who came to India in the 14th century, has written that the palace meal in the Delhi Sultanate ended with paan.

Betel species on the basis of properties and composition

The special thing is that the practice of paan in India continues even today. Go to any state in India, people will definitely get to eat paan. People enjoy eating so much that they keep beautiful pandan in their homes. In the Lucknowi and Hyderabadi culture, only paan fills the juice. By the way, two varieties of betel are called, Desi and Banarasi. But on scientific basis it has six major species, Bangla, Magahi, Sanchi, Deshavari, Kapoori and Mithi leaf paan. This classification has been done on the basis of the structure of leaves and their chemical properties. The betel is full of virtues. It contains antioxidant, anti-inflammatory compound ingredients including anti-microbial and anti-diabetic properties. Are included. Consumption of betel leaves is also helpful in preventing high blood pressure and high cholesterol. According to Ayurvedacharya Dr. RP Parashar and dietician Rama Gupta, vitamin A is abundant in betel leaves. Apart from this, carotene, calcium and vitamins like B3, B2, B1 and C are also found in it. Chewing betel leaf with fragrant betel nut and other sattvik things is very beneficial, it stops mucus, purifies the mouth, indigestion and respiratory diseases are removed. It digests the food. Modern studies have proven that betel is considered to be very beneficial for the treatment of wounds and inflammations. By eating betel, the teeth become strong, diseases of tongue and lips do not come close and swelling in the chest is reduced.
Betel leaf can also help to some extent in getting rid of acne and ulcers as well. If paan is eaten with tobacco, then it will become very harmful for the body. Continuous and excessive consumption of betel can also cause problems for the body. This not only damages the teeth, it can also cause cancer. The taste of the mouth goes away due to the consumption of more paan and the body temperature also increases. Its excessive consumption can cause allergies in the body.