On hearing the name of tamarind, water starts in the mouth. This spicy tamarind has many properties of its own, if it is put in lentils or vegetables, then the taste will be enhanced. Tamarind is said to be special in Ayurveda. Whether tamarind is indigenous or foreign is a matter of debate, but its consumption is very high in India. Actually what is tamarind? This is also something to be understood. Why is it said that ‘ghosts’ live on its tree, so one should not sleep under it.

Is tamarind native to Africa?

The sourness of tamarind is so strong that a person cannot live without eating it. You already know about chutney. Chutney is the lifeblood of Indian food as it enhances the taste and delicious chutney cannot be made without tamarind. Where does tamarind come from, which has made a tremendous infiltration in the kitchen of India? One side directly believes that tamarind is native to the tropical regions of Africa. Especially Sudan, Cameroon and Nigeria. After that it reached Persia and Arabia. It has also been reported that in the fourth century BC, the ancient Egyptians and Greeks used tamarind in their food and other works.

In the 4th century BC, the ancient Egyptians and Greeks used tamarind in their food and other works.

There is a special description of tamarind in Charakasamhita

The condition of tamarind in India is that in the ancient Ayurvedic text ‘Charakasamhita’ of India, written in the seventh-eighth century BC, there is a description of tamarind along with its counterparts Vrikshamla and Amalvetas. The funny thing is that the scientific name of tamarind is ‘Imalindus indica’ and is called ‘Tamar Hindi’ in Persian and Arabic. Whereas it has been claimed that tamarind came to India from Sudan via Persia and Arabia. After that it spread throughout the Asia region.

Tamarind is fruit, medicine and diet

There is a huge consumption of tamarind in India. It is used extensively in vegetables, special dishes, chutneys etc. all over India including South India. Despite this, its business is not organized in India. The highest yield of tamarind is found in the states of Bihar, Orissa, Karnataka, Andhra Pradesh, Madhya Pradesh, Kerala, Uttar Pradesh, Maharashtra, Tamil Nadu etc. In which category should tamarind be placed? In Ayurvedic texts, it has been described as a fruit, then doctors associated with Ayurveda keep it in the category of medicine, then food experts consider it as a diet. The reality is that tamarind is flourishing in all three categories. 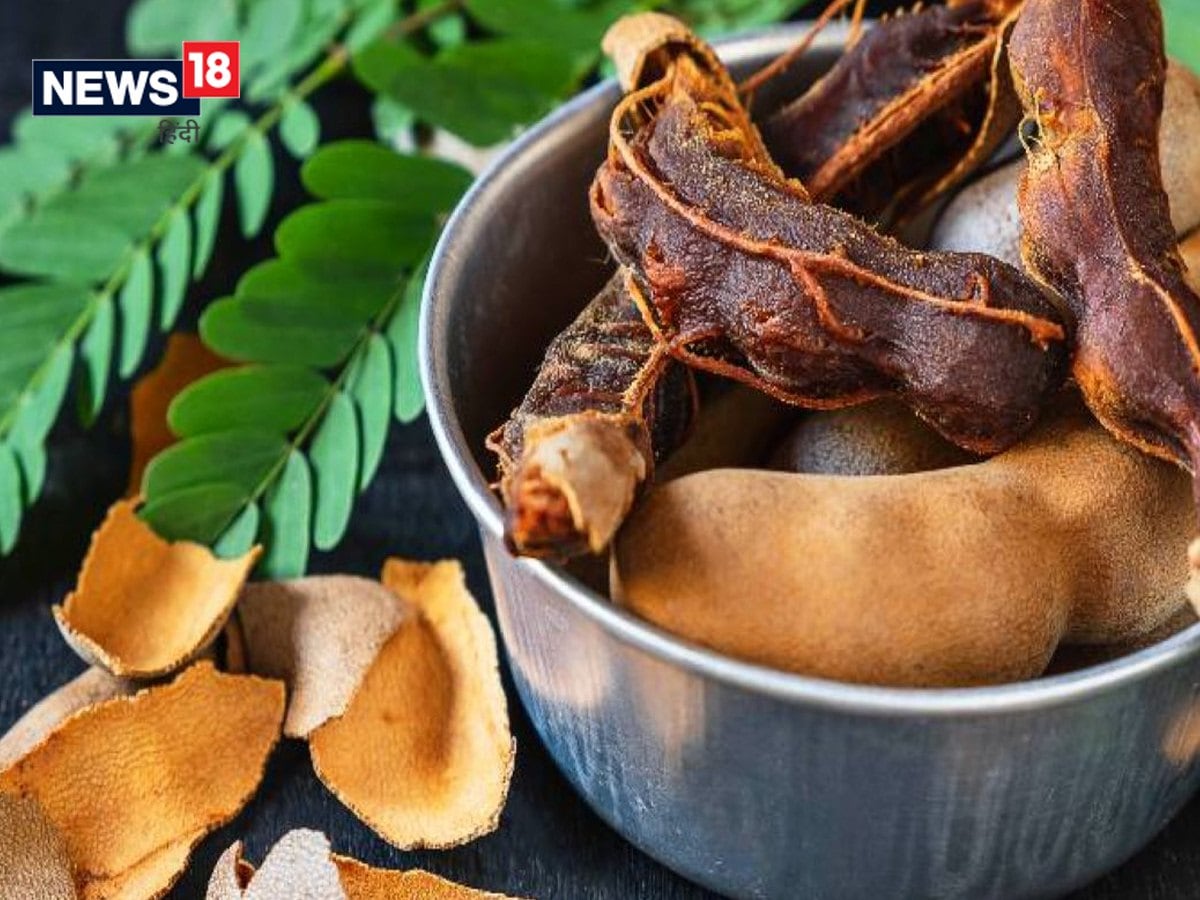 In Ayurvedic texts, tamarind has been described as a fruit, then doctors associated with Ayurveda keep it in the category of medicine, then food experts consider it as a diet.

It is said in ‘Charakasamhita’ that tamarind is hot in nature and it cures Vata and Kapha. It reduces the intoxication of alcohol and stops hiccups. According to Food and Nutrition Consultant Nilanjana Singh, it is said that sourness is harmful for the body, but tamarind breaks this myth. Its consumption reduces hypertension, lowers bed cholesterol and increases good cholesterol. It is also anti-bacterial and has anti-oxidant properties as well. Research is going on that tamarind kernels can treat cancer. He told that tamarind keeps the digestive system healthy. Tamarind is rich in hydroxycitric acid, which nourishes fat burning enzymes. It also has fiber and iron. Its excessive consumption can cause allergies in the body, it also clogs the teeth. Its excessive consumption can make the stomach gurgle. Diabetic people should also consume less tamarind.

We got to know about a myth about tamarind that by sleeping under its tree or staying around for a long time, ‘ghosts’ get caught, man becomes ill and his skin gets scars. Due to this ‘ghost’, one feels dizzy, nauseated and weakness is also felt. Therefore, the tamarind tree should be bowed from a distance. On this issue, Ayurvedacharya Dr. RP Parashar, working in the government hospital, said that actually this tree maintains a cover of acidity around it. Apart from this, microscopic fluid also comes out from its leaves. Due to both of these, acidic air keeps entering the body, due to which the tendency of dizziness and nausea arises. Along with this, there are also rashes on the skin, so our elders added that this tree is inhabited by ghosts.