Nutmeg is counted in the category of spices. But it is also versatile. It is also considered an ‘inflammatory’ drug that enhances the body’s immunity system. The special thing is that nutmeg is used a lot in worship as well, so it is considered important in tantra-mantra also. This is such a spice in the world, for which there was a bloody war.

Nutmeg and mace from the same tree

Like other spices in the world, nutmeg dates back thousands of years and was once considered one of the most valuable spices. The specialty of nutmeg tree is that it gives two spices. One is nutmeg in the form of kernels and the other is a mesh peel on top of it, which is called mace (spice). Not only are they unmatched in their qualities, they are also fascinated by their fragrance. In the olden times, its perfume was also made a lot. The special thing is that today nutmeg is used in both sweet and salty dishes.

The origin of nutmeg is believed to be in Indo-Burma.

It is well known that the older the object, the more often there will be confusion about its origin. It is confirmed that nutmeg is a spice that is thousands of years old. But there is still speculation about the exact place of origin. By the way, Sushma Naithani, Professor of the Department of Botany and Plant Pathology of Oregon State University (USA), in her Hindi book ‘Where does food come from’, while giving information about the center of origin of crops, has told that in olden times the center of nutmeg was in Indo. Burma has been the epicenter. These include Cambodia, Lao PDR, Myanmar, Thailand, all non-marine parts of Vietnam, as well as parts of southern China.

In ancient times, the center of nutmeg has been the Indo-Burma epicenter.

By the way, research also indicates that this spice is derived from Indonesia’s Moluccas Island, which is also called Banda.

It is being used for 2 thousand years

It is also believed that it is being used in the world for about 2000 years. Pliny the Elder, author and botanist born in the Roman Empire during the first century
Has given information about nutmeg. Giving information about its tree, in the Botany chapter of his book Natural History, he said that it contains two different tastes of wood (nutmeg and mace). But its trend increased greatly in the medieval period and now apart from India, it grows and is used extensively in Malaysia, Papua New Guinea, Sri Lanka and Caribbean islands, America, Japan etc. 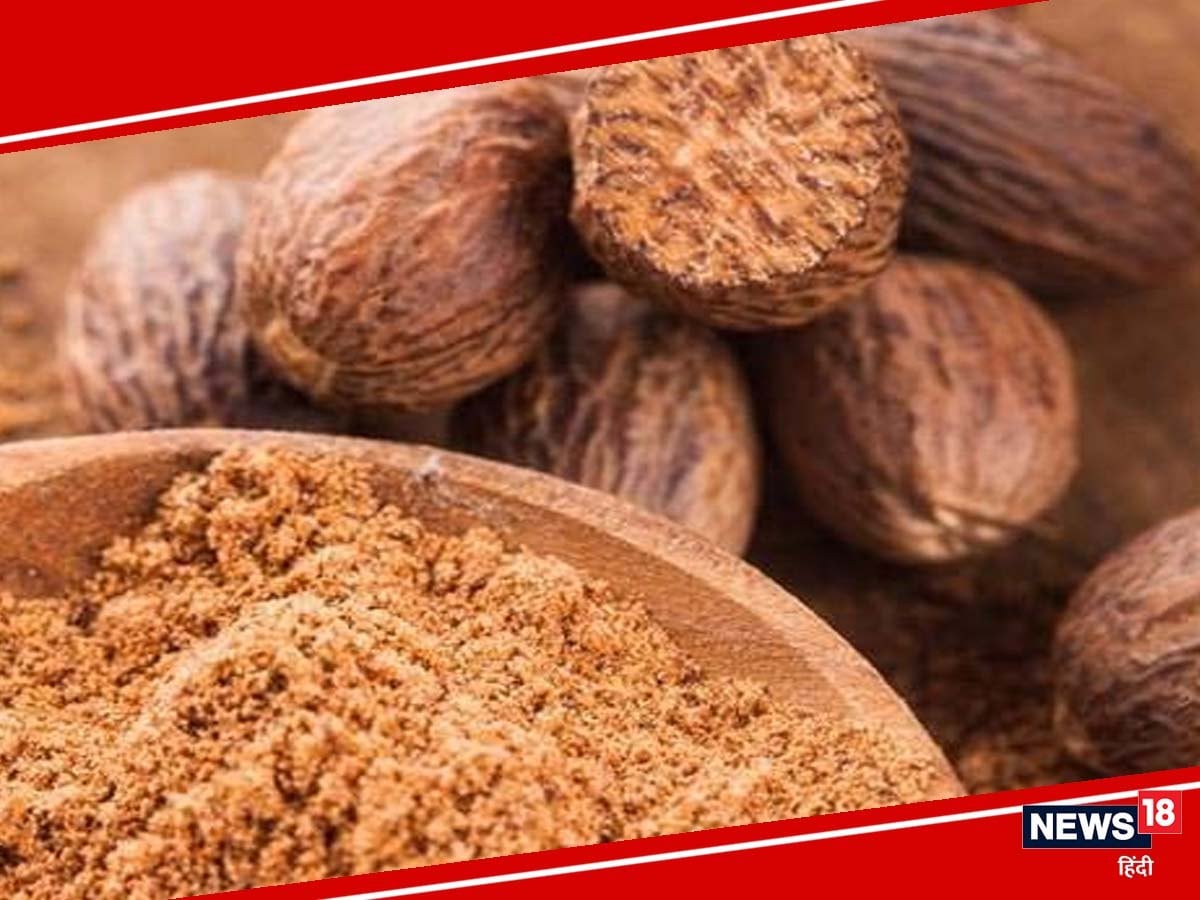 In the Middle Ages, when the plague disease spread in Britain, it was prevented with the medicine of nutmeg.

Bloody war over this spice

A big war was also fought in the 16th century due to ‘capture’ of nutmeg and big money in trade. The Portuguese came to know that the entire Banda island of Indonesia is covered with nutmeg trees, then after killing the local people, they started collecting nutmeg and selling it in other countries. When the Dutch came to know about this, they took the island under their control after a bloody war with the Portuguese. Later, after killing the Dutch army and businessmen, the British hoisted their flag on this island in the end. This area has been making a battlefield for about 150 years for nutmeg.

Its properties are full of mystery

The properties of nutmeg have also been ‘full of mystery’. In India, apart from spices, nutmeg has a high place in worship works and havan etc. It is believed that by offering nutmeg on Shivling, wishes are also fulfilled. Nutmeg is also used in some countries in tantric and domestic tricks. It is also considered an inflammatory spice. Excessive consumption of it causes hallucinations. In ancient times, it was also used to make alcoholic beverages. Emperor Henry VI created a sweet-smelling atmosphere by spreading nutmeg on the streets of Rome before his coronation. In the Middle Ages, when the plague disease spread in Britain, it was prevented with the medicine of nutmeg. Today, nutmeg is seen dissolving juice in both sweet and salty dishes. 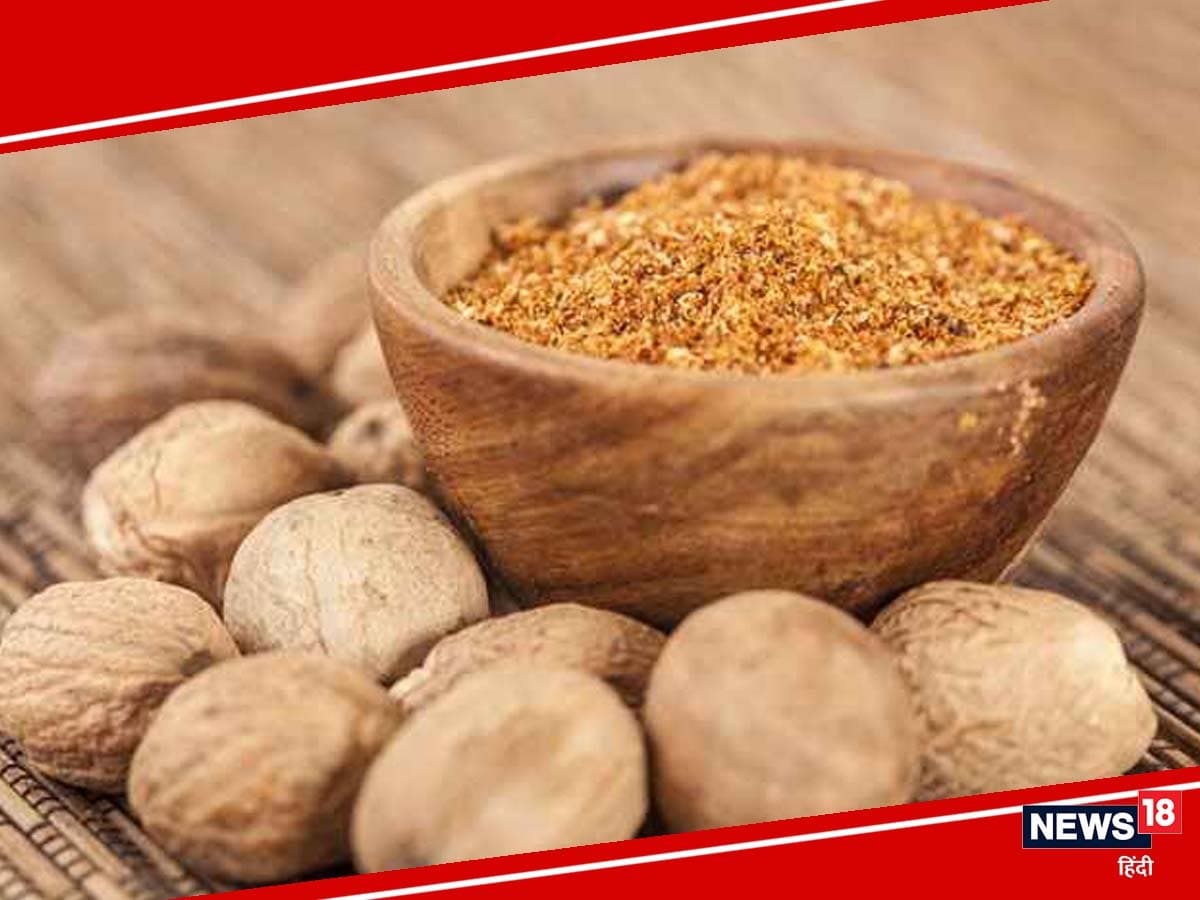 Effective even when you can’t sleep

Nutmeg has antimicrobial, antioxidant and anti-inflammatory effects. It is rich in many nutrients. Vaidyacharyas and dieticians say that if the baby is massaged with its oil, he will remain healthy and his bones will also be strong. Nutmeg can help reduce cholesterol levels. If a cup of warm milk is mixed with half a teaspoon of honey and ground cardamom with two pinches of nutmeg powder, then the immunity power increases.
People who have insomnia problem, if they take small dose of its powder before sleeping at night, then sleep will start getting better. It keeps the blood sugar level under control. The unique elements found in it help in relieving chronic inflammation and arthritis in the body.

Nutmeg is used in Ayurvedic medicines related to skin and arthritis. But consuming too much of it can cause problems. Since its effect is hot, its excessive consumption can cause problems like burning in the eyes, headache, dizziness, skin rash, dry mouth etc. People who suffer from allergies should avoid its consumption.