Many Ayurvedic medicines are also being made from cardamom.

Green cardamom is considered to be of ginger family.

Cardamom is very beneficial for teeth.

Swad Ka Safarnama: ‘Who is there in India, who does not know cardamom.’ Apart from the kitchen of the country, cardamom has been used for thousands of years in social, cultural and religious functions. Not only is it used as a mouth freshener and to flavor dishes, but it is also considered a good medicine which, apart from preventing vata-pitta, benefits in breathing problems and other problems. Its origin area is considered to be South India thousands of years ago.

Green cardamom is the queen of spices

Jeevan Singh Pruthi, who has made international recognition in the field of spice technology and the founder director of India’s Agmark Lab, has described green cardamom as the ‘queen of spices’ in his book ‘Spices and Condiments’. They say that green cardamom is the most expensive spice in the world after saffron, vanilla. On the other hand, in the Vedas and Puranas, it has been described as religious work, as well as it is used in Indian Teej-festivals, then the taste of sweets like kheer and halwa emerges from it. It is considered auspicious to welcome guests with cardamom or clove-cardamom paan in marriages and other events.

Many Ayurvedic medicines are also being made from cardamom.

In the ancient era, green cardamom was such a substance, which king-princes used to offer other kings as a mark of respect during their political travels. Green cardamom belongs to the ginger family. Notably, it has been a main ingredient in the manufacture of perfumes and aromatic oils. There was also a time when India’s green cardamom was sent all over the world, but now India is facing a tough competition from the beautiful green cardamom of the Central American country Guatemala.

From South India spread fragrance all over the world

The origin of green cardamom is considered to be South India. It is being used for about 4 thousand years. Its properties are described in the ancient Indian text ‘Charakasamhita’, but in Kautilya’s ‘Arthashastram’ it is called ‘Green pearl found on the banks of the Periyar river in the south-west mountains’. The medicinal properties of Indian cardamom are also mentioned in the writings of the Unani scholar and father of modern medicine, Hippocrates (460 BC). He has described cardamom as very useful for digestion. In ancient times, even the mighty Romans used Indian cardamom for their dishes and remedies.

According to the Encyclopedia Britanica, cardamom is mostly cultivated in India, Sri Lanka and Guatemala. It is also believed that green cardamom is native to the Indian subcontinent and Indonesia. It was also being used in the Egyptian pyramid era. Apart from a medicinal ingredient there, its oil was also used in the oils used for the mummification process. Green cardamom traveled from India to the Romans and Greeks via Arabia.

Very beneficial for breathing and mouth

Green cardamom is also one of those ancient spices of India, due to its medicinal properties, ancient sages and Ayurvedacharyas brought it to the kitchen. In all ancient Ayurvedic texts of India, green cardamom is considered to be digestive, tasty, as well as it is cold, pungent, purifying the mouth, preventing pitta and vata, breathing, cough, tuberculosis, stones, itching and also in heart disease. considered beneficial. Many Ayurvedic medicines are also being made from cardamom. Ayurveda also states that cardamom improves blood circulation in the lungs and helps in curing asthma. Cardamom taken in moderation is effective in treating respiratory allergies. It keeps the body warm and also cures cough, cold and headache.

According to well-known Ayurvedacharya and head of Government Ayurvedic Hospital, RP Parashar, green cardamom is considered to be rich in phytochemicals (a substance that protects against germs, fungus), so it is beneficial in the treatment of tooth and gum infections, throat problems, digestive disorders. Is. Cardamom also contains an ingredient methanolic (resistant) extract, which helps reduce gastrointestinal problems such as acidity, flatulence, indigestion and abdominal pain. It also maintains normal blood pressure. Cardamom is a powerful antiseptic that plays a role in killing the bacteria that cause bad breath. 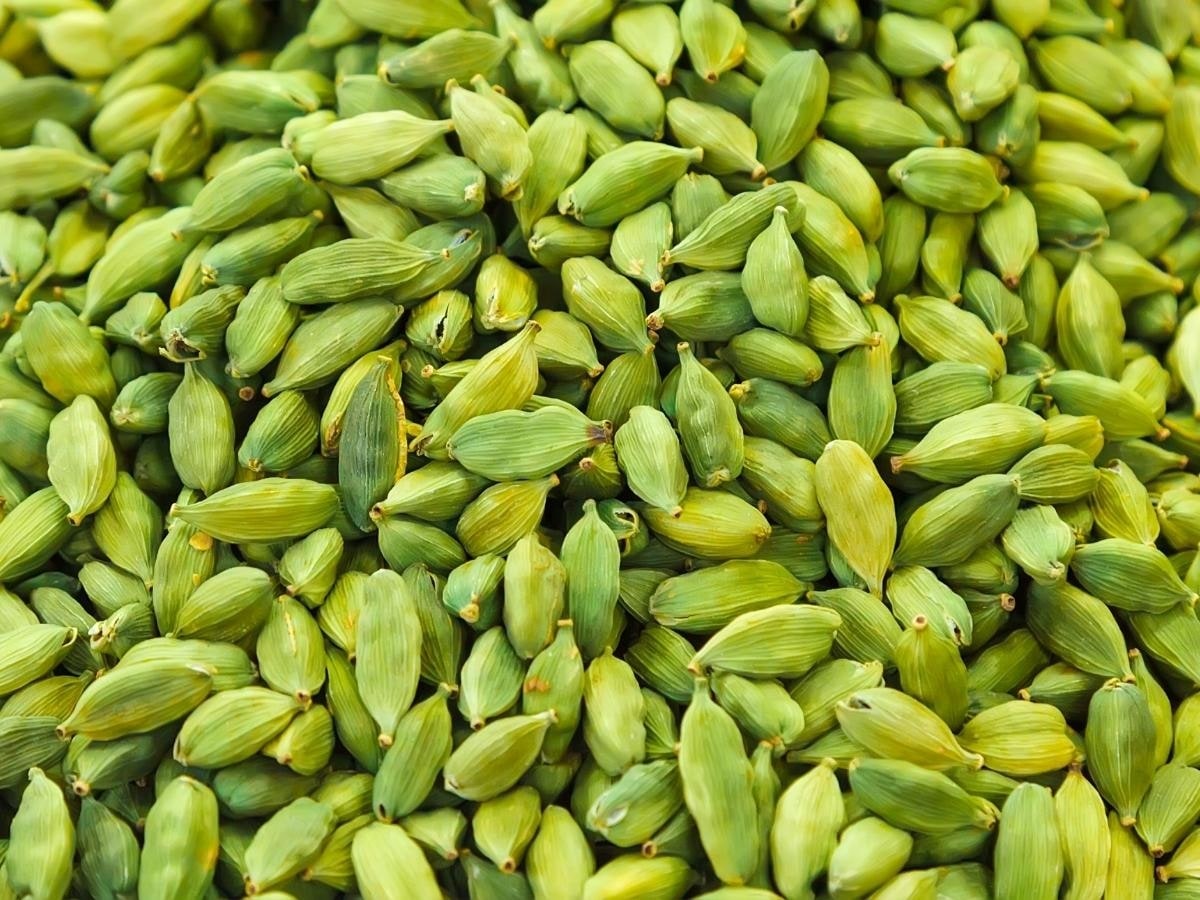 If you are facing breathing problems after eating cardamom, then do not consume it.

Chewing it keeps the teeth shiny and reduces the risk of decay in them. It also has a property that it is effective in eliminating the toxic elements of the body through the kidneys and expelling them from the urinary system. That is, it also detoxifies the body. By the way, it has been found that if cardamom is consumed continuously for a long time, then there can be a possibility of allergic reactions in the skin. If eating cardamom is causing breathing problems, then do not consume it.