From the Vedic period to the Puranas, the description of Arhar Dal is found.

Toor seeds have been found in the remains of the Late Stone Age in Odisha.

Maharashtra produces some 30 percent of the country’s tur dal.

Talking about pulses, the name of Tur dal comes first in the heart and mind. Most of the pulses of tur are eaten all over India. The reason behind that is that out of all the pulses, the taste of tur is the best. It is also very beneficial for the body. Not only is it protein and fiber, folate is also found, which continuously repairs the damaged cells in the body. Lentils have been the favorite food of India for thousands of years. It has been highly praised in Ayurveda.

Tadka is also famous as dal

Whenever there is talk of ‘Tadka’ dal, only a bowl full of tur will be visible in front. Butter-desi ghee, tempering of cumin enhances its taste manifold. In Central India, it is eaten with roti and rice, then it is the main ingredient of sambar made in South India. Many pulses are grown in India, but the ‘answer’ of tur is no. Let us tell you that most of the pulses (pulses) in the world are produced in India and the highest consumption is also done in India.

India is the largest producer of pulses (pulses) in the world.

Talking about tur, it grows abundantly in more than 50 tropical countries of the world, especially in the arid regions of Asia, Africa and America. According to one information, the highest cultivation of tur is done in India, Myanmar, Kenya, Malawi, Tanzania, Uganda, Afghanistan etc. In India, its maximum cultivation is done in Maharashtra, Uttar Pradesh, Madhya Pradesh, Karnataka, Andhra and Gujarat. Maharashtra produces maximum 30 percent of the country’s total production of tur.

Its seeds have been found in the remains of stone civilization

There are two theories regarding the origin of tur. One says that its cultivation started from India, while the other believes that tur originated in the forests (not cultivated) of Africa. Botanist at Oregon State University in America, Prof. Sushma Naithani clearly says that tur originated in Asiatic, especially in the Indo-Burma epicenter, which includes the eastern region of India and Myanmar. It has also been said in history books that the birthplace of tur cultivation in India is Eastern India (Odisha). Tur seeds (3400-3000 BC) have been found in the remains of the Late Stone Age in Orissa. Apart from this, information about tur seeds has been found in 14th century BCE archaeological finds at Neolithic sites in South India (Sanganakallu) and its border areas (Tuljapur Garhi in Maharashtra and Gopalpur in Orissa).

From Vedic period to Puranas, description in Ayurvedic texts

Arhar and other pulses have also been described in the Vedic period. Indian food scientist and historian KT Acharya’s book Indian Food: A Historical Companion states that apart from Rigveda, Yajurveda, there are descriptions of many pulses in Markandeya Purana and Vishnu Purana, etc. Is. In ancient Ayurvedic texts Charakasamhita and Sushrutasamhita (7th century BC), there are mentions of many virtues and defects of Aadaki (Arhar) and it is considered to be phlegm, bile and anti-inflammatory. This pulse is mostly grown in South Asia.

Arhar is described by the same name in ancient Buddhist and Jain literature. Prof., who wrote Kautilya Arthashastram in several volumes. RP Kangle has informed that this great economist has used the word Udarka / Udka for Tur.

Also read: Carrot cleans the blood along with keeping the brain healthy, this vegetable rich in vitamins has an interesting history

This pulse reached Asia from the jungles of Africa?

Another view of the tur is that the red gram plant (a species of tur) was found in the wild in the regions of the Upper Nile in Africa and in the coastal districts of Angola. From Africa it reached other parts of the world, Asia and India. Australians grow it for fodder and vegetables. It is also being said that it has been cultivated in ancient Egypt, Africa and Asia since prehistoric times. Its seeds reached America through the slave trade in the 17th century. At present, this lentil is grown the most in South Asia and it is here that it is also eaten a lot.

Turmeric is rich in nutrients 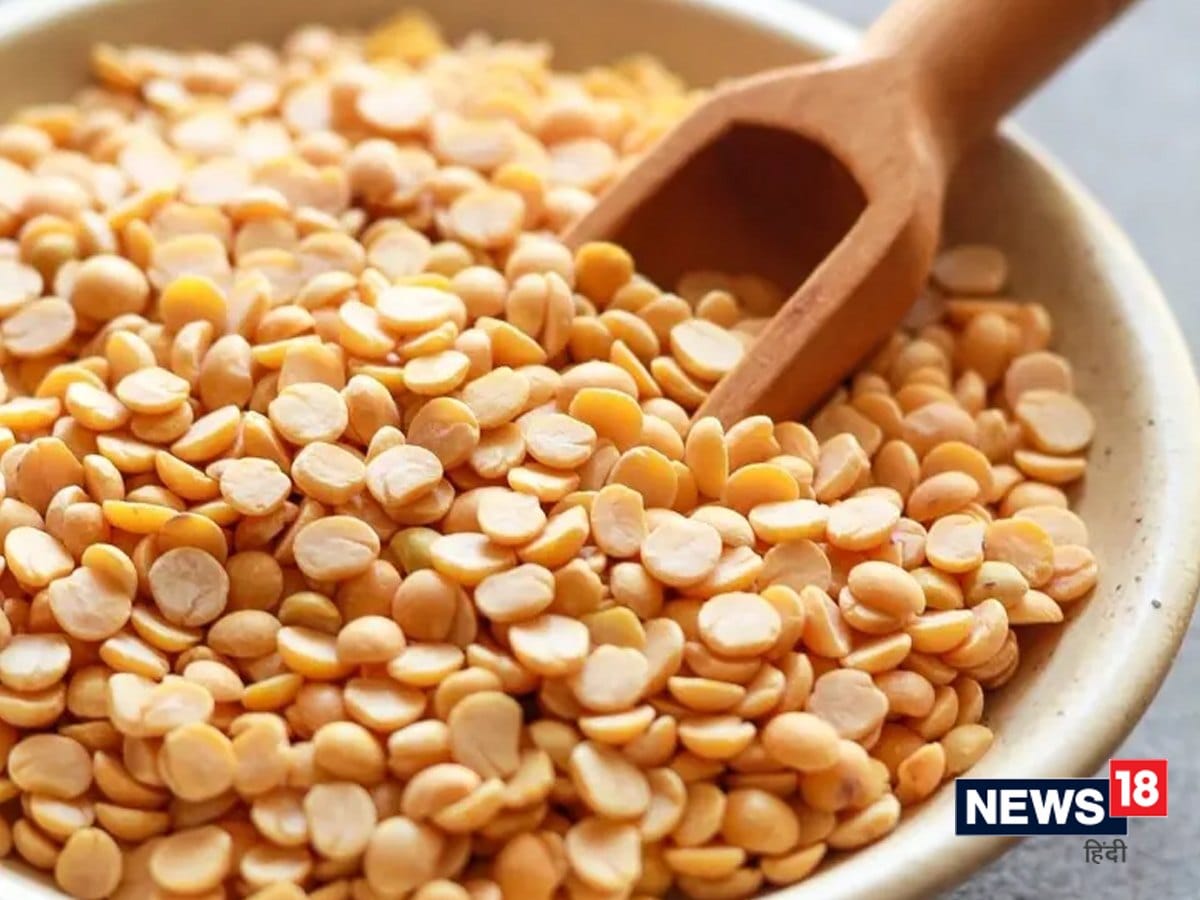 These ingredients control weight, as well as keep cholesterol levels low. Its consumption protects the body from anemia. If tur is included in the diet regularly, then high BP can remain under control.

Eating more can cause harm

They say that the B complex vitamins present in tur dal keep the digestive system healthy, as well as do not allow fat to grow. It also has elements to increase energy. Arhar dal is rich in carbohydrates but low glycemic index (GI) which keeps blood sugar low, so it is also considered beneficial for sugar patients. If tur dal is eaten in excess, then it can make the stomach bloated. If someone has allergy problem then hives in his body
may rise. Since it is rich in protein, so those whose digestive system is weak, avoid consuming too much of it.