The number of organ donations in India has increased by almost 50% in the last seven years.

Analysis over the past 20 years has shown that 75-80% of living donors were female and an equal proportion of recipients were male.

In contrast, the number of organs donated by deceased donors was 1,030 in 2014 as compared to 1,619 in the previous year. An increase of about 57% was registered in this. This does not include the number of kidney or liver transplants performed by living donors. Where, both these numbers are increasing, yet there is a huge gap in demand and supply. Organ India Chairperson Anika Parashar Speaking to News18, said that there is a huge gap between the patients who need transplant and the organs that are available in India. Parashar further says that even today in a diverse country like India, ignorance, hesitation and superstition are prevalent among people regarding organ donation. 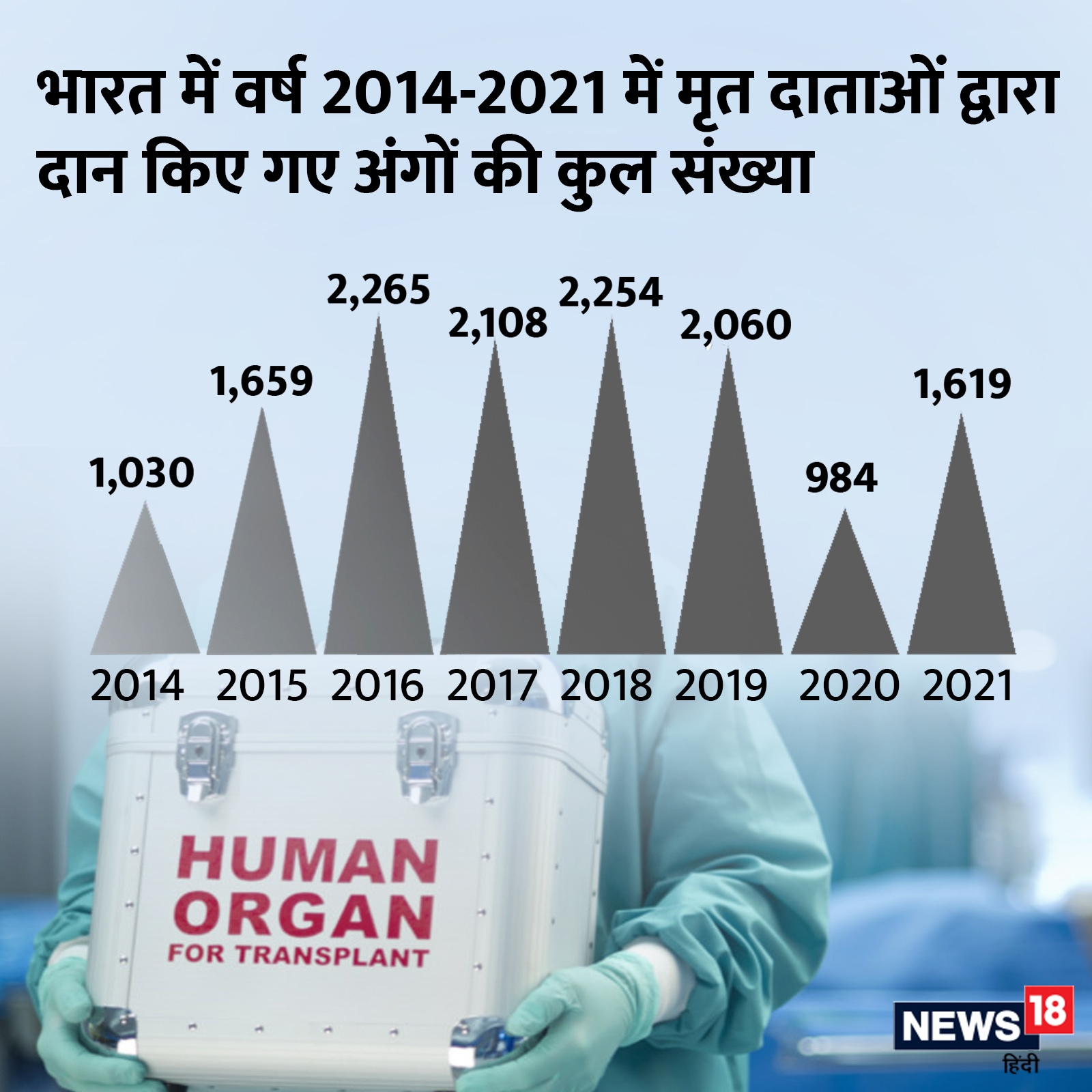 Many times it also happens that the patient pledges his organs, but the family members refuse to cooperate in this. Even many brain-dead patients who cannot get life again, their organs are also not donated, while it can save the lives of many serious patients.

Read this also: Who Can Donate Organs, Who Can’t? Learn its methods and criteria from experts Similarly, about 50,000 people die of heart failure every year, but only 10 to 15 heart transplants are done every year. Parashar says it is difficult to estimate the difference between total organ donation and organ transplant in India. There are roughly half a million people who suffer from organ failure and less than 3% of them receive a life-saving organ. female vs male organ donor
Research conducted by Dr. Vivek Kute of the Institute of Kidney Diseases and Research Center shows that out of 12,625 transplants in India, 72.5% of the recipients were men. Analysis over the past 20 years has shown that 75-80% of living donors were female and an equal proportion of recipients were male. Parashar says that the question that arises here is why are women considered less qualified to receive organs and given less chance to live than men? This clearly shows that even today in Indian society, women are considered less important or valuable than men. He said that there are many reasons for the increase of female donors, such as emotional attachment to her husband, financial concern, worry about not being the breadwinner in the house, worry about looking after the family after the death of the man, etc.

According to Parashar, while the number of people pledging their organs is on the rise, we are still lagging behind when it comes to actual transplants. There is a need to increase more awareness in hospitals and cities across the country for proper transplant. There is a need for proper coordination between the authorities, police, medical fraternity and families. Brain-death committees need to be set up in more hospitals in Tier 1 and Tier 2 cities.