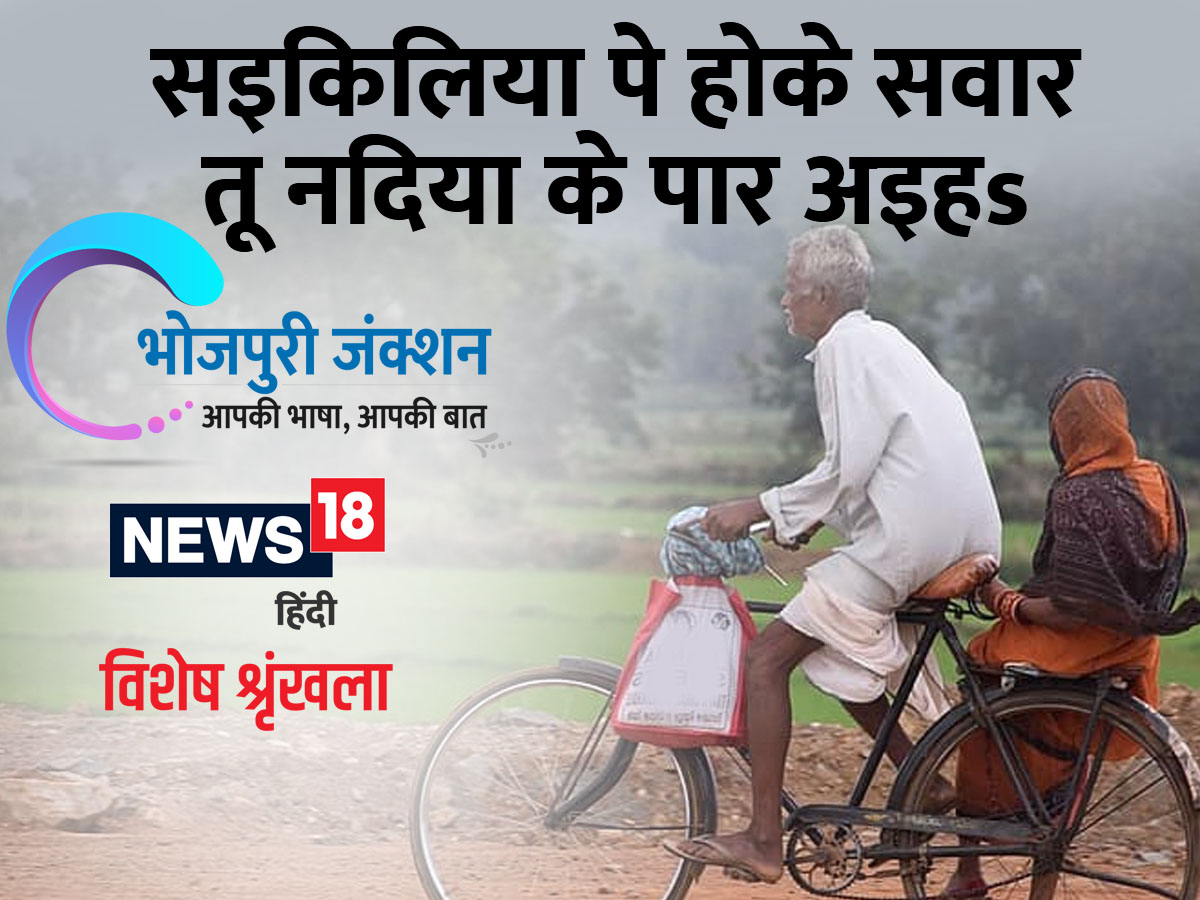 You ride across the river while riding on the bicycle. Like Tuntun’s bell ringing Baba Bha Chacha Bha Badka Bhauji Bha Babuji Aihein, Laika Dhadha’s Udihen towards the cycle. Jawan became the youngest in the house, she climbed the blank and sat down on the bicycle, Javana went back to the seat and got a place on the rod in front of the okra seat. Even now, there has been a lot of availability of horse and car in the villages, but the thing has become a matter of wearing a cycle. It was time that the dry Bhauji (the second boat in the village of Raura called the Dhile Ba) would sit behind on the chachara. Du Go Laika Hokhssan tha, Ego came to the dock and got the place of the other one. In front of the rod, make a gaddi account of a hot round wrap on the Jugadu seat. Laika told that there are many pits on the top of the Sun, there are many things about the units, but the memory of taking the name of the other cycle got refreshed.

The cycle lived in the village society of Eh Tare Hamani. However, the lower middle class families and the poor section ride bicycles in the cities. In the cities, people had cycles in their homes. People measure the distance of hundreds of kilometers by bicycle. We should do medical coaching in Patna, Bha Kalidas Rangalaya, play the drama and go to the newspaper office by article Deve cycle. Even now, from city to city, villages have been swept away even by motorbikes. It was then that the situation was extinguished that people should consider themselves a man of pride even after buying a cycle. Biyah Hokhet Biyah of Laikan. Cycle was found in dowry. Old people said that in Kawano village, people from across the world who had come to buy Kehu, should be seen with okra. A man with a bicycle shines his bicycle instead of himself.

Sen Rayleigh was an ego company before independence. Rayleigh was the oldest bicycle manufacturer of Britain. While the quality of the Oker cycle is excellent, it remains the best from the safety point of view, which is why it is very popular in the UK. Britain remained a colony in India, because of this, even here the name of the cycle was filed. There was Senarele Cycle Factory in Asansol, Bengal. Oh mein hamar barka babuji aa bhojpuri’s unmatched singer of his time Jang Bahadur Singh keep doing job. So most of the sons-in-law of our house were wearing bicycles.

British historian David Arnold should tell that the advent of the bicycle in India continued in the 19th century. However, around 1885, when safe bicycles were manufactured in England, the people relied on this ride. Then the Raleigh company revolutionized bicycle manufacturing in Britain. Large-scale cycle isle in India In the 20th century, when the people of Europe who lived here, 35000 bicycle consignments for the movement of the island. This thing is of 1910.

In fact, Sudhir Kumar Sen should be a brilliant young man of Bengal. Seeing his education and writing, the government lost his job to the officer, but he refused. E time was 1905. The Auri people, who were starting the Swadeshi movement, kept boycotting Banal Samaan in Britain and European country. Then in Bengal, e continued with a lot of noise. Big people were attached to the indigenous factory. Sudhir Kumar Sen should also be in a hurry to start something on his own. OO Stay tuned to the future of the bicycle industry in India. Ahi to Uho opened cycle workshops in Bengal in 1909. u Import bicycle parts from abroad by making ours here. In this sequence, he also had a lot of foreign travels. Sudhir Kumar Sen later on when his business grew, he opened Ego factory in 1952 using the brand value of Raleigh company for complete manufacturing of bicycles. Oker named Rakhail Sen-Raleigh. In Kanyapur Asansol, a huge area of ​​E factory opened up. Then many people of Bihar-UP went to the company to earn their money. Sen Raleigh should manufacture two lakh cycles every year. The demand for bicycles in India reached its peak when the people of independent India were left with a few rupees after eating it.

Significance of Cycle in Cinema

The cycle remains an integral part of the society. May this cycle bring joy and sorrow to many people, loss and misery, the union of festivals and fairs. Cycle work ail ba at every opportunity. Then there should be neither a bus nor a train. People walk from Bihar to Deoghar, Banaras, Prayagraj Dham by bicycle. Then the people of middle class and elder class should keep the cycle with great fervor. When cycles were a part of the society, it was obvious that even a single glimpse was seen in the cinema. Rua Jadi The old time Hollywood and western cinema also saw pictures of cycles frequently. In Indian cinema, the cycle was very popular then. Italian drama film ba ‘Bicicle Thieves’ (Ladri di Biciclet). Ekra’s best classic film Manal Jala of world cinema. Full story on cycle theft. The 1948 eh film ke aajuo bahut acclaim hola. Ekker story ego baap aa beta ke ba. The father got a job for the maintenance of his poor family, in which he needed a bicycle. As soon as it was stolen, it was stolen. pher dunu father son oh for the sake of cycle, fall in a lot of rounds. I must have seen the movie very beautiful baa aa.

In 1992’s famous film Jo Jeeta Wohi Sikandar, he was the filmmaker of the big beauty of cycle race. In the inter-college cycle race in the climax of the film, when the protagonists won the battle with their incompetence, they got the taste of success. In 2018’s Ego Hindi film Sui Dhaaga too, the importance of cycle was seen. Okar hero heroine to save her identity, run for sewing machine with the help of cycle in the climax. And also in the film Badi Sun Jay, the importance of the cycle was given. Gayle ba wrote a lot of songs on a cycle. Ketna labh story te cycle ke handle p bethal ba. Oh but turn it around.

The importance of bicycles in the Corona era has changed, but people are conscious for the sake of health, it seems that they have returned to the era of cycles. We give bicycles as a gift on the birthday of our youngest son, so that the face shines in the wee hours after being chased by mobile games.

(Author Manoj is passionate about Bhojpuri literature and cinema.)