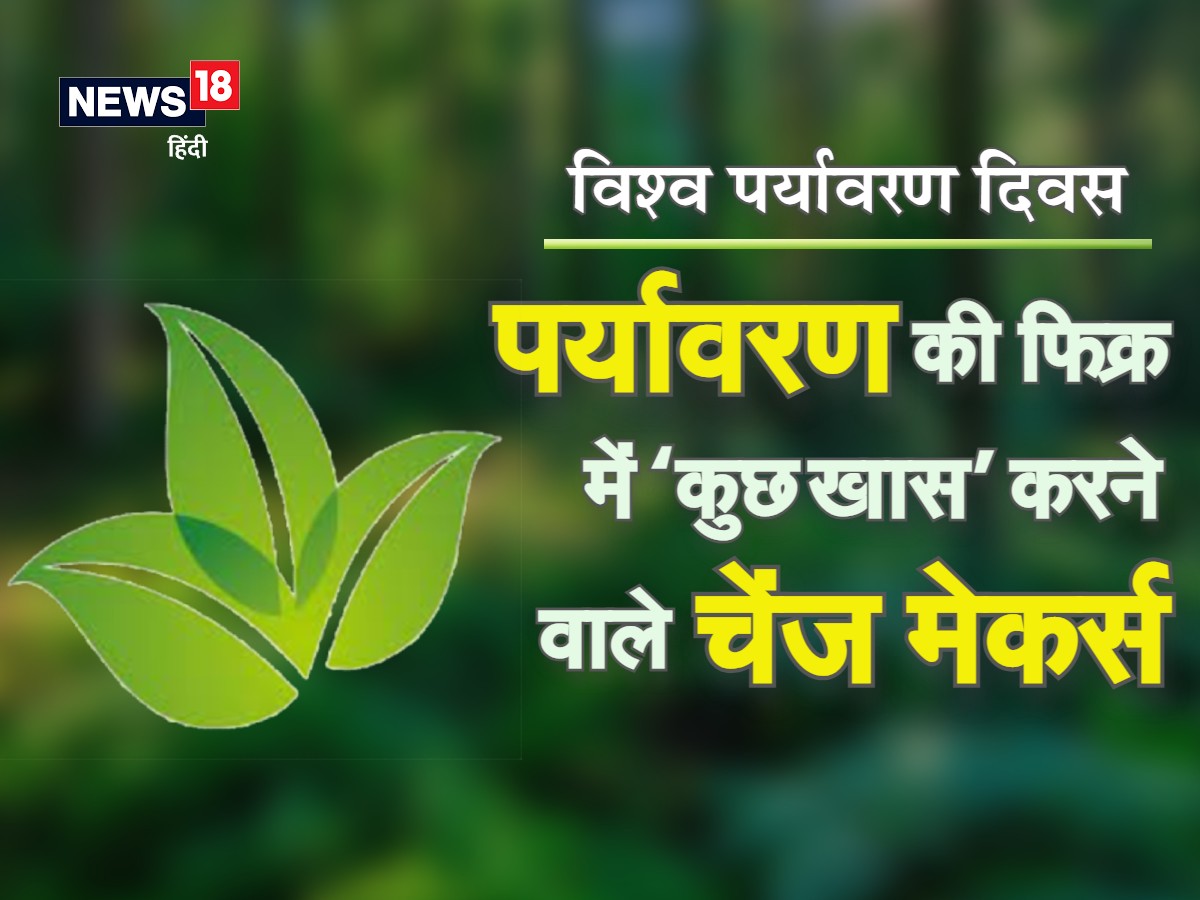 World Environment Day: Have you ever wondered what our Earth would look like if we all came together to nurture nature and create a sustainable environment? Actually, only one person is needed to make any change and his small role can make a big difference in environmental protection. Highlighting stories of change, hope and efforts to make Earth a better place to live, National Geographic launched its mega-impact campaign titled ‘One for Change’ on Earth Day last month.

After the success of the campaign on Earth Day, the world is all set to take the initiative in its next phase to celebrate the Environment Day. In this phase, National Geographic is going to focus on the stories of changemakers who bring about change in the environment. The short films produced by the channel will reveal the story to various changemakers across the country, who are working hard to restore and preserve the environment and constantly encourage people to do their bit.

The changemakers joining the series will tell their stories in the most unconventional way possible to break the monotony attached to the environment. With the help of these stories, an conscious effort will be made to make the audience a change in the society through environmental protection.

Ramveer Tanwar: Environmentalist Ramveer Tanwar is now recognized as the ‘Pond Man of India’. Ramveer Tanwar, a resident of Greater Noida in Uttar Pradesh and a mechanical engineer by profession, left a corporate job in 2018 and started a campaign called ‘Jal Choupal’ for the purpose of beautifying and revitalizing the ponds. With the help of this campaign started Gautam Budh Nagar, he revived about 40 ponds of Ghaziabad, Saharanpur, Palwal, Manesar. Ramveer Tanwar also started ‘Selfie with Pond’ to connect people with ponds. He is involved in efforts to conserve water, save natural resources like ponds, lakes and wetlands through the ‘Jal Choupal’ campaign.

Read also: National Geographic brings the story of 10 change makers who care about the health of the environment

Sneha Shahi: Sneha Shahi, a talented environmentalist from Gujarat, is one of the youth activists associated with UNEP’s Plastic Tide Runner campaign and is also the winner of the Youth for Earth Award. Sneha started her first campaign with her friends by starting a drain in her hometown Vadodara. However, after removing about 700 kg of plastic waste from this drain, it was found that it is not a drain, but a natural stream of water, where water creatures used to live. Due to the efforts of Sneha, flapshell turtles and crocodiles who came from the Ganges river in monsoon got their old home back.

Ripu Daman Bevli: Ripu Daman Bevli, one of the ambassadors of the Fit India Movement, is identified as the ‘Plogman of India’. Environmentalist and social activist Ripu Daman Bevli has not only given the country a new concept of plogging, but has also provided a new direction to tackle the problem of waste through plogging. A deep passion for fitness and cleanliness inspired Ripu to popularize plogging in India. He is spreading the concept of plogging all over the country to keep himself as well as nature healthy.

Ribhu Vohra: Born in the city of Auroville, Tamil Nadu, Ribhu Vohra entered the corporate world after obtaining a bachelor’s degree in hospitality management and a diploma in innovation communication from the Netherlands. In 2008, he left his corporate job and went on a tour of India with his wife. During his visit of about a year, he realized the acute problem of waste in India and from here his new campaign started. Under this campaign, he along with local residents started work on waste management projects at the grassroots level. In the meantime, he researched innovative and sustainable ways of handling waste and developed Garbology 101, a creative waste creative activity-based educational program.

Read also: Story of rain that changed the face of 100 villages of Bundelkhand through environmental protection

Mansukhbhai Prajapati: Mansukhbhai Raghavjibhai Prajapati is a renowned rural innovator in India who is known for his clay-based functional products like Mitticool, Non Stick Clay Tawa and low cost water filters. Mansukhbhai’s innovations in low cost, biodegradable soil have proved that a good effort towards the environment can be everyone’s business. Mansukh Bhai has invented around 250 products made of clay along with eco-friendly fridges that run without electricity.

Anshu Gupta: Anshu Gupta, the founder of non-governmental organization Goonj, is an Indian entrepreneur. Goonj works to bridge the gap between urban and rural inequality. Respect for the poor was the driving force that enabled Anshu to transform urban waste across India into useful resources for the underprivileged in every nook and corner of the country.

Priyadarshan Sahasrabuddhe: An IIT graduate Priyadarshan has invented a machine called ‘Vayu’ which converts organic waste into clean fuel. With the help of this machine, our dependence on polluting fossil fuels is reduced. He has won the Green Skills Innovation Challenge organized by America based Ashoka Changemakers in association with HSBC. Sahasrabuddhe’s ‘Vayu’ – the process of converting food waste into green fuel or energy, is ranked in the top 12 out of 348 competitors from around the world.